a poem by lawrence kaplun


This row of payphones on Broadway,
beside the door of Metro Diner

(beaming florescent light),
not exactly a row, only two of them, a pair

Cracked lip of receiver,
the part where you hold it

to your ear. Gaping wound,
pieces of wire sticking out like a brush.

Want to hold it in the crook
of my shoulder, and make the call--

whoever it is I need to call, maybe
someone to tell me this place

where we walk (or I walk
alone), isn't really broken.

Listen to the fire truck
roaring, not like a phone,

but it keeps ringing down the street,
then everywhere forgets where it has gone.

The fire of these phone wires sticking out,
the booth where no one (it seems) is hungry.


Lawrence Kaplun was born in Ohio and raised in Los Angeles. He received his B.A. in English from San Francisco State University. He has attended the Squaw Valley Community of Writers Poetry Program, and in 2011, will attend the New York State Summer Writers Institute. His poems have appeared in Limp Wrist Magazine and The Gay & Lesbian Review. He lives in Brooklyn, New York. 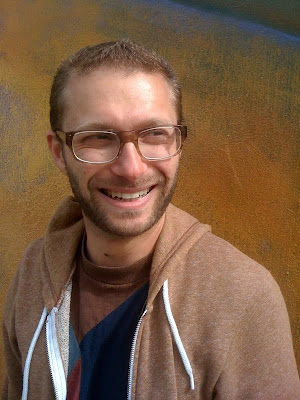 Posted by MrJeffery at 8:00 AM