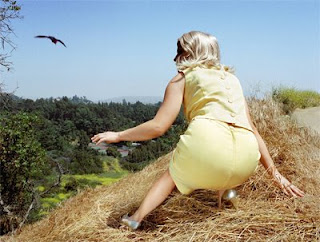 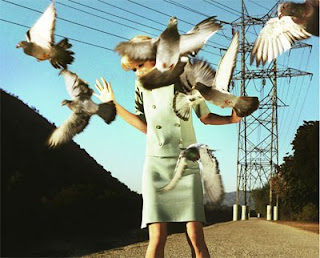 Posted by MrJeffery at 6:25 AM No comments:

the hills are alive - an interview with karin bubaš 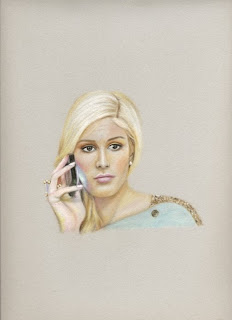 Karin Bubaš is a visual artist from Vancouver. Besides her striking and original photography, her watercolors of characters from "Dynasty" caught my eye.

Her latest solo exhibition "With Friends Like These..." features soft pastels of characters from "The Hills."

I was interested in the life & work of Bubaš, particularly her use of subjects.

JB: Just browsing your work on your site, you capture high drama in your subjects with a soft, understated tone. There is a lot of visual conflict. What is your relationship like with "The Hills" and why were you drawn to this visually?

KB: There is a kind of raw emotional beauty in shows like "The Hills" and "Dynasty" that makes for interesting study. I work from snapshots or stills when I paint so the more emotional I can get in my material, the more interesting to work from. With snapshots of friends I find I get the same awkward camera unease and half-smiles and I don’t really want to draw or paint those kinds of pictures. Tears, arguments, and sad pensive moments make for challenging subject matter.

I was in Paris last fall and saw a fantastic pastel show at Musée d'Orsay called "Le mystère et l'éclat." I’d been thinking about doing some sort of ambitious painting or drawing project for some time and when I saw the exhibition I realized that I had to give soft pastel some serious consideration. The raw pigment seemed to glow off the paper in a magical way and I think it has been an undervalued medium. Also, there is something about a painted or drawn portrait that has an emotional resonance that a photographic portrait does not. I knew I wanted to work on portraits and it was a matter of who and what. When I was back in Vancouver, I was watching television, specifically "The Hills," and realized that the emotional display of the cast members would make excellent subject matter. Also, I was intrigued by the idea of the collective social experience in relation to drawing from stills of "The Hills."

JB: Have you ever been criticized for using what some may call "low-art" subject matter? 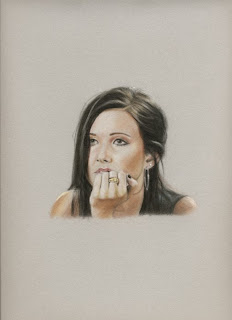 JB: You also work in photography. What are the differences/similarities in the two mediums? Which do you believe was your first love?

KB: For me the main difference between mediums is the immediacy. With photography one would think the process would be instantaneous (especially with digital technology), but in actuality it takes me many weeks (even months) to produce a final photographic piece. Apart from planning the shoot location and doing the initial photo shoot there is often much time spent tweaking files with my photo lab, colour correcting, photoshop, editing, that it becomes a very long, tedious and expensive process. Part of the reason I began drawing again was that I was experiencing photo lab fatigue. It has been a relative stress-free process of making my pastel drawings. I can sit at my kitchen table and listen to the radio or television and work away. I don't have manufacturing constraints.

Overall, my work has centered around the idea of a portrait. With "Leon’s Palace" it is about creating a psychological portrait through ones environment. "Red, Blue and Yellow", is a series of portraits of reading. The installation romanticizes the everyday activity, using the composition and tranquil setting to create a light-hearted narrative. "With Friends Like These…" is the first comprehensive study of faces for a solo exhibition and the first exhibition devoted to drawing. Despite the wide-ranging subject matter, whether it is photography, painting or drawing my work has a softness and quality of light that remains consistent.

JB: Who are some of your artistic influences in any medium and why?

KB: Photographers I like are William Eggleston and Stephen Shore (I love their use of color). Loretta Lux has a brilliant take on portraiture. Some painters that I admire are Karen Kilimnik, Renoir, Rembrandt, and Paul Cesar Helleu. Directors also inspire me. Hitchcock's strong visual style and Sofia Coppola's consistent dreamy quality inspire me to want to make a film one day.

JB: Is there a specific kind of art you are drawn to more immediately than others?

KB: I guess I'm more attracted to work that has strong roots in tradition.

JB: Are there any trends in the art world that you've noticed?

KB: I generally avoid trends. A few years ago it seemed like everyone was making art about or using popular music. Artists were trying to be rock stars. Maybe now people are getting tired of working on the computer? 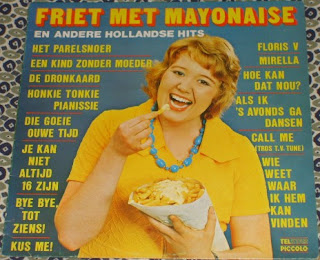 JB: Is there anything you aren't fond of?

KB: In general, I strongly dislike mayonnaise. I'm not sure if you are asking about art I dislike...art about or using mayonnaise would top it.

JB: What are some of your struggles in being an artist?

KB: Being comfortable with being uncomfortable and having no sense of financial security.

JB: From one to four stars, how many stars do you give your day so far?

The solo exhibition for Karin Bubaš opened July 28th and will run until September 13th at the Charles H. Scott Gallery at Emily Carr University (1399 Johnson Street), Vancouver, BC. 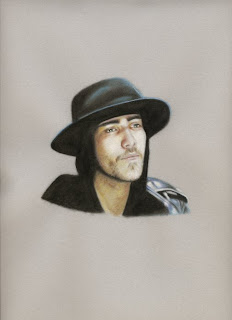 I'm sort of astounded/sickened that while the recession has hit the city hard, Bloomberg (already such a political heavyweight) has spent 36 million of his own money on his 2009 campaign for his 3rd term. He has been constantly on television and even though I don't support him, on my Facebook page.

I hope New York Democrats (who are supporting Bloomberg at a slight edge) will consider Thompson. 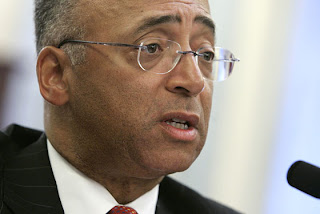 Posted by MrJeffery at 2:13 PM No comments: 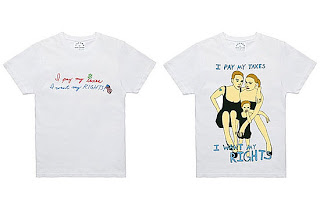 Posted by MrJeffery at 1:52 PM No comments:

not a day goes by 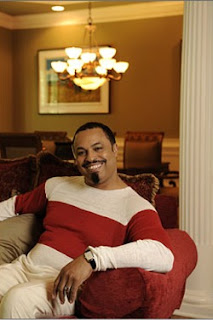 Posted by MrJeffery at 10:44 AM No comments:

Heartbroken Irene Cara out and about New York City circa early 1980s in the video for "Why Me."

Posted by MrJeffery at 8:22 PM No comments:

Email ThisBlogThis!Share to TwitterShare to FacebookShare to Pinterest
Labels: 1980s, irene cara, Tunes, why me

Solange Knowles's twitter updates on her shaved head. I think she looks great.

we. gotta. do. better. people.

im. not. mad. at . all of you. that have made your opinions known. and have sent negative. energy. my way. i expected this of you.

this. phase. of. my. life. i. want to spend . the time. the energy. and the money. on something else. not in the hair salon. 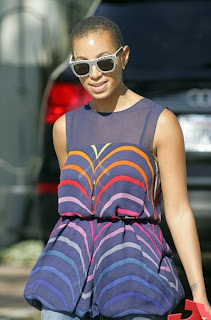 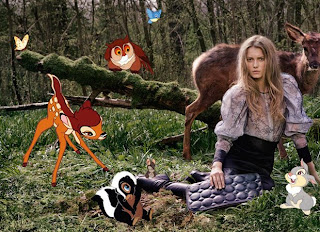 Posted by MrJeffery at 12:38 PM No comments:

I love the new layout for Billboard.com. You can show your love for songs, listen to clips, and have a clear look at where a song is placed on other charts. 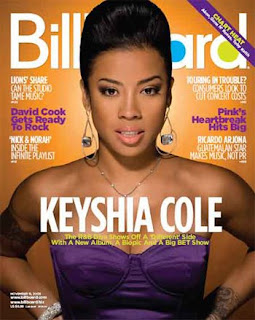 Posted by MrJeffery at 12:27 PM No comments:

call it a comeback

My friend Noah who works for Out attended Whitney Houston's listening party for her new album I Look to You. I am so jealous. It sounds like the Alicia Keys-penned "Million Dollar Bill" was a hit along with some others. Here's his writeup on popnography. 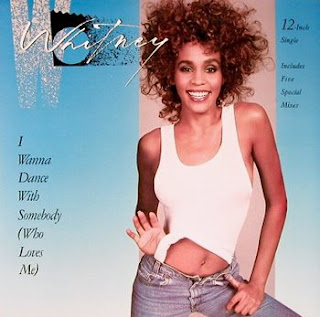 Posted by MrJeffery at 11:38 AM No comments:

Email ThisBlogThis!Share to TwitterShare to FacebookShare to Pinterest
Labels: i look to you, noah michelson, out magazine, popnography, Tunes, whitney houston 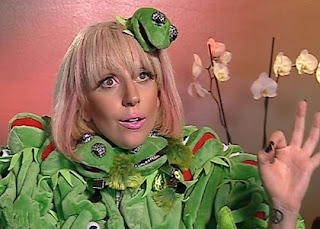 Obsessed with this song.

Posted by MrJeffery at 12:12 PM No comments:

Ginger Rogers in the mirror in Kitty Foyle. 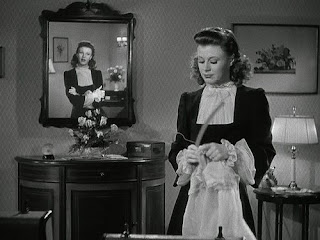 Become a fan of the online literary magazine Clementine.


Clementine Magazine on Facebook
Posted by MrJeffery at 8:07 AM No comments: 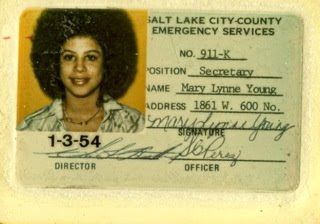 Posted by MrJeffery at 12:24 PM No comments:

i look to you

Whitney Houston unveils the cover art for her forthcoming album I Look to You. 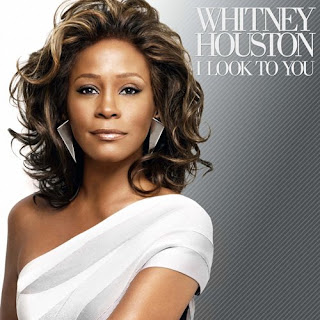 Posted by MrJeffery at 11:34 AM No comments: 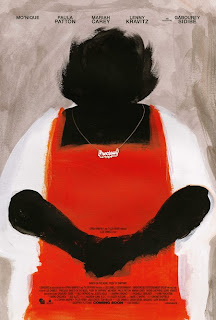 Posted by MrJeffery at 6:59 AM No comments:

rome where you want to 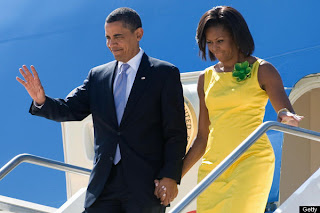 Posted by MrJeffery at 6:46 AM No comments:

Just watched The Tingler which was a lot of fun and much more artistic than I expected. It would have been great to see it in the theater! Electrical buzzers were put under people's seats in the auditorium and activated whenever the Tingler appeared on-screen. William Castle dubbed this as Percepto! Fake screamers and fainters were also planted in the audience.

The Tingler itself reminds me of the Puss caterpillar.

Posted by MrJeffery at 6:00 AM No comments:

Email ThisBlogThis!Share to TwitterShare to FacebookShare to Pinterest
Labels: horror, The Tingler 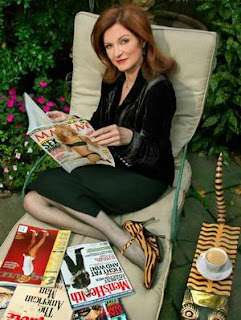 Posted by MrJeffery at 5:53 AM No comments:

Posted by MrJeffery at 1:17 PM No comments:

Posted by MrJeffery at 1:13 PM No comments:

Posted by MrJeffery at 7:21 PM No comments:

Please check it out here. 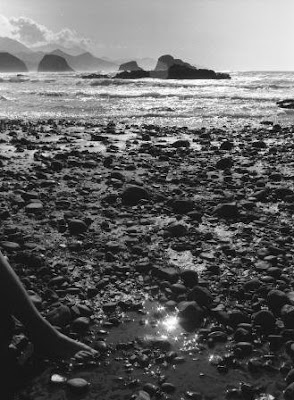 Eve's Right Foot, Oregon Coast, 1977
Photography by David Levine
Posted by MrJeffery at 11:59 AM No comments: 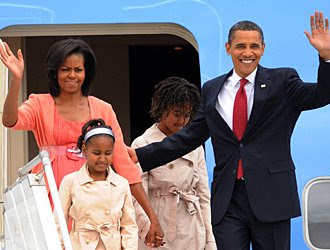 Posted by MrJeffery at 6:14 AM No comments:

land of the lost 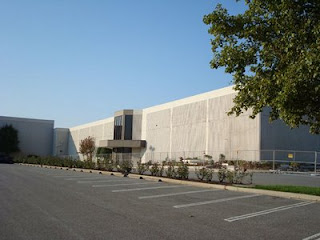 When I was back home in Lynchburg, I stopped by River Ridge Mall. It was sad to see all the closed stores and Macy's with no customers. The mall was never dead like that on a Friday night in the 90s.

FYE (previously Record Town) was out of Michael Jackson CD's. If you wanted to reserve one, there was a $5 deposit. I remember buying the cassette single to "Scream" for 99 cents there the day it came out. I was embarrassed to buy it then. The man who rang it up for me still works there. There are no longer cassettes in FYE nor a spot for singles. In the wake of Michael's death, it's ever more apparent that the era he came from--where pop music consumption could be an event-- is over. 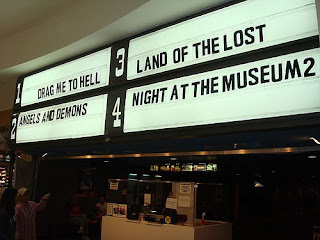 Posted by MrJeffery at 4:42 PM No comments: