wheel of fortune and fantasy 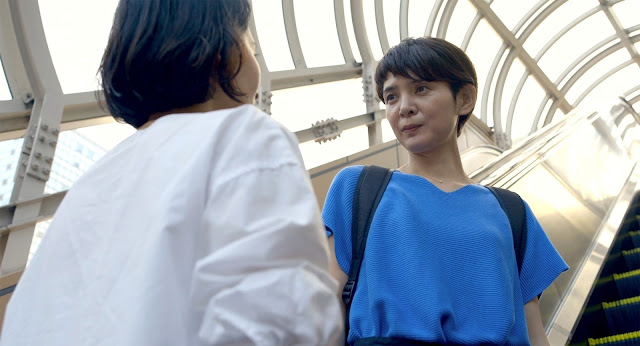 Ryûsuke Hamaguchi's Drive My Car became last year's critics' consensus darling, winning top prizes from the major groups: the rare trifecta picture win from New York, Los Angeles, and the National Society of Film Critics. Perhaps what's striking a nerve is the film's clean, enigmatic, impressive structuring (the stirring, shapely script is truly a work of art), and also its inherent ambition, but also modesty, as it presents its themes of grief in a time of collective grief--and uncertainty--across the globe. It too could be its key visual cue: an indelible cherry red car, blazing vividly against a mass of bland, neutral-toned modernity. 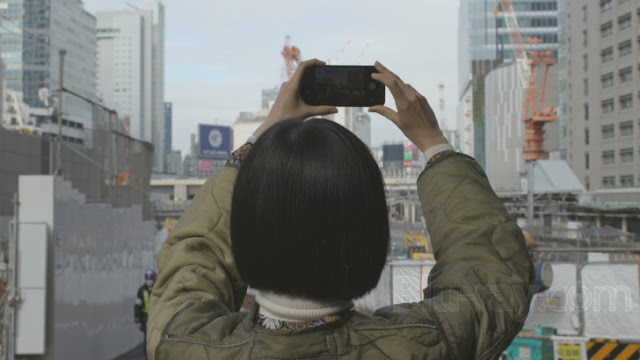 But I personally found myself more enraptured and attuned to a less splashily received film from Hamaguchi last year, the sharp and utterly exquisite Wheel of Fortune and Fantasy. Because of its three-tale structure and compact runtime, it felt more like a potent punch, hitting me with a stronger sense of whimsy and melancholy. Both films, however, show a filmmaker and writer who is keenly perceptive. 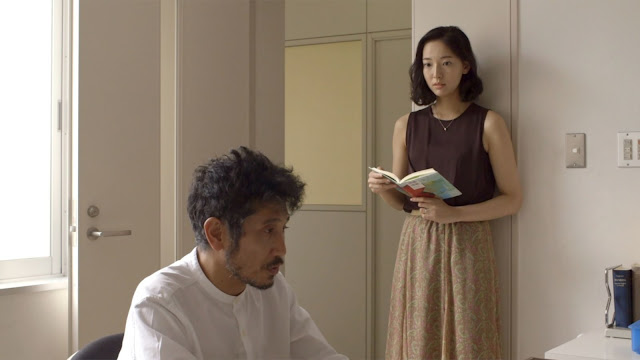 Wheel of Fortune and Fantasy is an anthology picture of three short stories, set in the real (and imagined) modern world. The triptych feels connected through premises of mistaken identities, coincidence, miscommunications, and loss. They also feature three distinct female voices at their centers. As a musical motif, Schumann's gentle "Kinderszenen, Op: 15: No. 1” (a piece that personifies the innocence of youth) sets the dreamy, spry tone of each chapter. 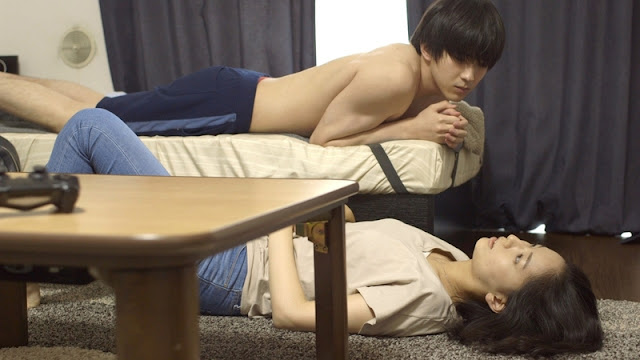 While the stories are perfectly assembled and stand well on their own, as a collection, they build one by one to the emotional heft of the final piece in its aching human connections and misconnections. Sometimes the stories speak to each other and to the film itself, in content and structure. There's an in-joke within the cheekily titled second piece, "Door Wide Open," where an author (Kiyohiko Shibukawa) muses upon his sex scene (read aloud at great length by another character in the film--similarly to listening to Chekhov read by a woman on a tape player in Drive My Car's red Saab) in his Akutagawa prize-wining novel; "Having this appear in the middle," he says dryly, "I figured readers would want to continue reading until the end." Overall, this film is a beautiful encapsulation differing gradients of relationships. The optimism of budding love of one character is juxtaposed with the feelings of an old love. And by the time we reach the conclusion, a character's affections are never fully realized--to the point where one misremembers a face, a name. This final section, "Once Again," is the most moving and rich, set in an inverse of the current pandemic where the online world is shut down, and people have gone back to sending letters and buying physical media (for those of us who enjoy physical media, this is a solid joke). This computer virus is just the background of the tale, but this lack of access to the internet has caused a sort of ghostly amnesia that's integral to the plot: what was the name of that person you may have fallen love with years ago, what did they look like? This eloquent story captures a touch of whimsy, ambiguity and an underlying live wire current of deep pain, embodied by Fusako Urabe's affecting performance. 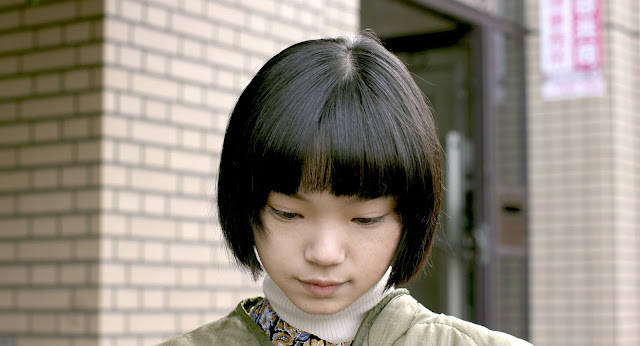 There's even a knowing sense of the antiquated. The idea of a friend realizing her friend is dating her ex, isn't new territory at all, not to mention having the ex run into the two by happenstance at a café as well, especially in a vastly populated city like Tokyo. But there is something comforting about the insularity of Hamaguchi's fiction as it muses over broader ruminations. Most of the film is composed of lengthy conversations between two people. When it strays from that--from a door open for a conversation to now be heard by others in a school hallway to an awkward class reunion to a teenaged son returning home in a house of two women conversing, to the happenstance café meeting itself, we can sense the intensity of the fumbling, the fissions between the idea of two, and the want of having the door both closed and open to the world. ***1/2

Posted by MrJeffery at 5:10 AM