in front of your face 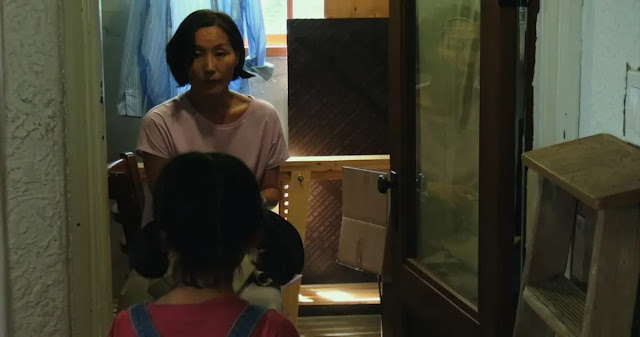 If I can think immediately of what has been in front of my face (and people on the city streets and trains) for many hours in this era, it would be... screens. That's why the title of  Hong Sang-soo's latest film, the cinematic equivalent of a "short story" or a fleeting novella, is slyly humorous, especially in these screen-ridden times. What can be marvelous about Sang-soo's work is how stripped-down and modest the films are--long scenes of chit-chat, social awkwardness, and simmered-down tension that often barely rises to a boiling point. This is the exact opposite of a lot of current American film and, especially, popular episodic television--where amplified conflict thwacks through every scene. This is especially a testament to Sang-soo's direction and writing--that his scenes can remain so introspective and compelling, even when nothing much (and yet so much) is happening. The structure of In Front of Your Face is well-drawn too--a morning into a morning after--a satisfyingly cyclical feel, with a haunting musical composition by Sang-soo bookending the piece. 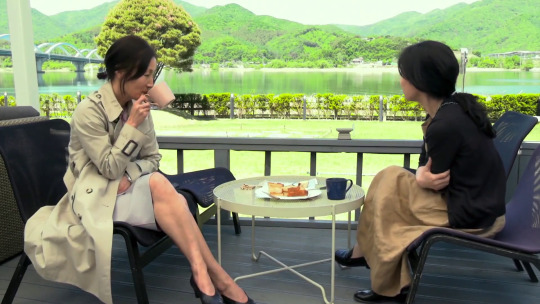 A former actress, Sangok (Lee Hye-young), returns to Seoul from America and stays with her sister Jeongok (Cho Yunhee) in a sleepy, bland high-rise condo. We learn more about Sangok and her past as she breakfasts and takes a walk with her sister. Later Sangok returns to her childhood home, visibly moved, and stunned by how "small" the garden she used to play in now appears. And then she engages in a maundering dinner with a film director (Kwon Haehyo). It's there, in this space of a table, scattered with bottles and food, that a monumental secret is revealed. It feels like a leaden weight suddenly thrown into a delicately constructed tale that it almost feels humorous. But the philosophical musings Sangok utters (and also thinks about internally) are graceful muddles of regret, pain, and joy. Later, the reaction of keeled-over laughter at what could have been a devastating voicemail is one of the crowning moments in the movie. Hye-young, thin and often cloaked in her beige Burberry trench, is visually captivating amongst the city spaces (in stores and shops that are in times of after-hours) and landscapes and the occasionally vibrant green gardens and natural backdrops that emerge. She slips through the picture, sometimes with a cigarette, like the lost, faded star her character is or perhaps, imagines herself to be. ***

Posted by MrJeffery at 3:00 PM