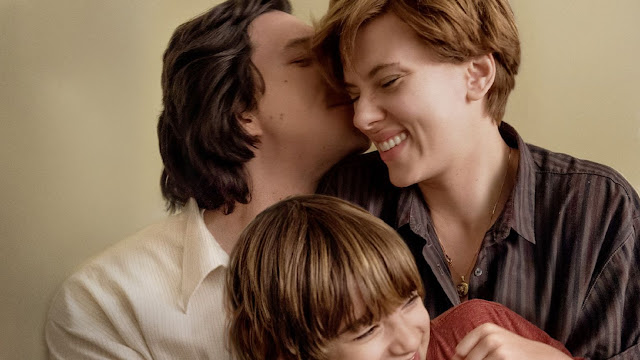 Situated near Trump Tower and the Plaza Hotel, the no-frills, yet inherently classy Paris Theater in New York City has a history of single-screen showings of films that appeal to the upper-class and intellectuals. After its recent closure, streaming giant Netflix swept in and re-opened it. It feels like a splashy and perceptive PR move: usher in screenings of their slate of films like Noah Baumbach's Marriage Story that were refused showings in chain cinemas for awards season consideration, while also rescuing an institution of cinema-going. Marriage Story in particular speaks to the sort of audience who would go to the Paris Theater--a classy set, craving complicated, grown-up entertainment which has become more scarce yearly in movies. I came to the Paris on a mild Fall morning on the eve of Veteran's Day--barricades and security around Trump Tower, more stacked than usual, before his impending arrival for the day's ceremonies. The theater was half-full, an older crowd mainly clad in black coats. In the cold-ish dark, it felt like the set-up for a stuffy experience. Ultimately, however, Marriage Story emerges, like its influential predecessor, Robert Benton's Kramer vs. Kramer, as something much more warm, earthy and broad-appealing than what a typical upper-crust character study may imply. 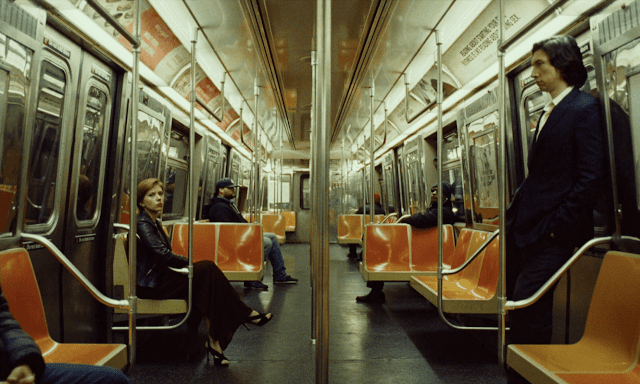 Baumbach's films, in dramatic and witty ways, look at characters in crisis. They are mapped out with alluring, but seemingly no-nonsense theatrical flair. They feel studied, beautifully executed and organic at the same time--a miraculous combination that has made Baumbach a fixture but also underrated as an auteur. Young couple Charlie (Adam Driver) and Nicole (Scarlett Johansson) are going through a bi-coastal divorce, while raising their young son Henry (a nod to Justin Henry?), played by Azhy Robertson. As their relationship is fraught romantically, they are also coming apart in their livelihoods. Charlie wants to maintain his creative life in Park Slope as a talented New York theater director. Nicole wants to establish herself outside the confines of performing in Charlie's work, by shooting a pilot in Los Angeles, while also yearning to become a director herself. Like the couple in Kramer vs. Kramer, Charlie and Nicole have a somewhat enviable status (Charlie nabs a MacArthur Genius Grant), but with the aid of the gifted players portraying them, the characters emerge as sympathetic and whole in their personal tumult, especially as they battle their lives through the harsh (and harshly-lit) courts; Laura Dern, Alan Alda, and Ray Liotta play lawyers with their own specific personalities, battles and at times, morally suspect agendas--some more blatant than others. 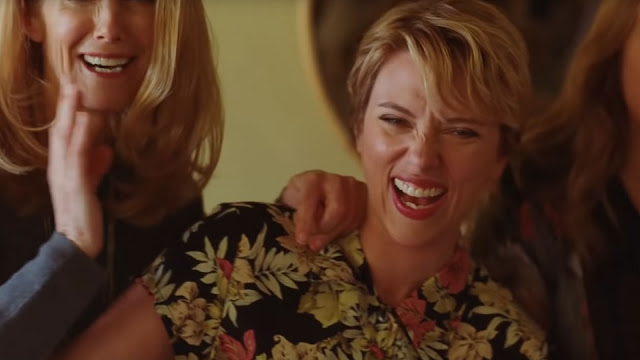 All of the dramas and poignant comic moments are drawn exquisitely by Baumbach and his talented crew. I've always been a fan of the editor Jennifer Lame, who did such lovely work on Baumbach's Frances Ha. It's the kind of non-flashy editing that often doesn't get recognized. There is one symbolic scene in Marriage Story, involving the closing of a gate, that's one of the best edited sequences I've seen this year. Throughout, as we see the couple and lawyers spar, the awkwardness of family life, the rhythms of the film are achingly apt. Shot by Robbie Ryan (The Favourite), the movie captures both the New York setting and L.A. settings well, especially interiors. 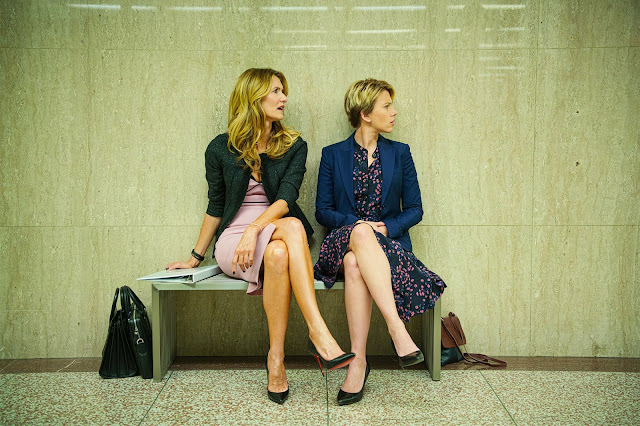 I was entranced by Randy Newman's score. It's a risky one for these times: tuneful, romantic; sprightly strings, horns, and reeds.  Definitely a score of late bygone sensibilities (almost like silent film ragtime-esque score re-writes) that's been out-of-style for decades. Immediately, it establishes the singular atmosphere of the picture. The movie opens with a whimsical portrait of what both characters "love" about one another--through a scattershot of imagery. It's completely charming and ends up culminating in a devastating way. Overall, music in the film is elegant and spry, but also fragile, and compliments emotionally raw moments of the story effectively. A particular Broadway musical chestnut becomes a naked expression of Charlie's bewilderment at his situation.

Outside of its technical merits, Marriage Story boasts a terrific ensemble. Johansson hasn't been given a role as strong in quite some time--and she kills. Often with tear-rimmed eyes, and an expression of emotional exhaustion, she gives a layered turn. A monologue in her lawyer's office is an impressive moment: it's an actor's showcase, but you also feel her character deeply through her delivery and specificity of action. Driver has always been a fun actor to watch. Here, he's in one of his deepest, most vulnerable roles. I couldn't help but tear up at his gangly "Invisible Man"--earnestly and desperately trying to create a fun Halloween for his son in sprawling, late night L.A. There's plenty of moments like these of quiet tenderness and bittersweet, physical comedy that's just as wrenching as a painful, drab-apartment-set shouting match. In supporting parts, Laura Dern is electric as high-powered attorney Nora. Had she not already been so wicked in her Big Little Lies turn, the performance would be even more startling. On a surface level, she emerges as a sort of villain in Marriage Story, but in hindsight, she's something more complex, especially after a biting, delicious monologue towards the end of the picture--you can see she's surviving (and thriving) in an extremely flawed system. In contrast, Alda is appealing as a fuddy-duddy lawyer in his cluttered office, seemingly beleaguered by the system and amusingly weary from his own rocky past relationships. It's great to see Airplane!'s Julie Hagerty so pitch-perfect, funny and believable as Nicole's mother. And Merritt Wever, who was so utterly fantastic in this year's Unbelievable series, is great in one of the movie's funniest screwball scenes. Even actors in bit parts, like Martha Kelly as "The Evaluator," are outstanding. I felt most distant from Henry's character, perhaps because the movie is mostly entrenched in the perspective of adults. Azhy Robertson does good work with a tricky role that could easily be too precious or irritating.

Released at the end of its decade, Kramer vs. Kramer was the top-grossing film of 1979. Mainstream audiences flocked to see it in the theater! It was a cultural phenomenon. It had a Vivaldi soundtrack and was a zeitgeist picture of its time! I doubt at the end of this decade, Marriage Story will make the same impact. As Netflix holds its grip on striving to both capitalize on auteurs making great movies and also drive pronounced competition against traditional movie-going, we, as American viewers, are left at the end of the 2010s on wobbly territory (like the uncertain leasing of a single-screen theater) for the future of the movies and its experience. We get more bang for our buck for spectacle on widescreen, but as I got up and left the picture, passing a woman sobbing alone in her seat as the end credits neared their conclusion, the lights coming up a little bit in the Paris, I felt immensely touched and satisfied. With Marriage Story, Baumbach affirms the power of the art-form through the compact, fleeting time frame, script, visuals, references, and rich performances. It couldn't be anything else but a movie. ****

Posted by MrJeffery at 11:53 AM No comments:

that's love can do 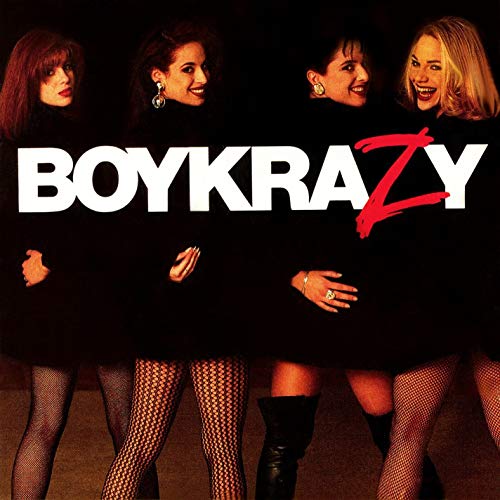 This early 90s Stock/Aitken/Waterman dance tune by Boy Krazy has got me vibin' lately. Love it so much! 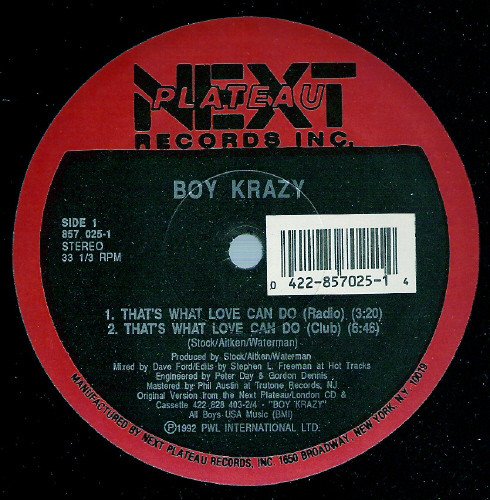 Posted by MrJeffery at 8:03 AM No comments: