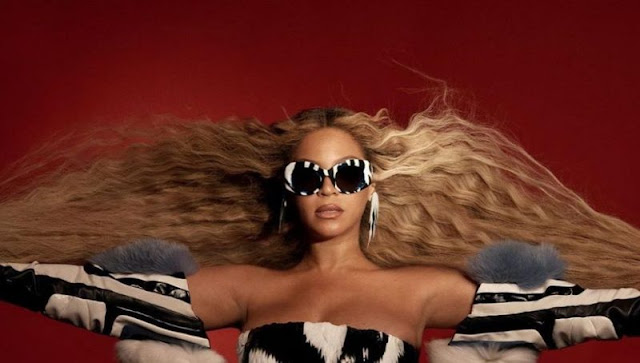 2022 was a robust year across genre for music. Adventurous records with hip-hop and rap elements ended up dominating my Top 10 for the year. 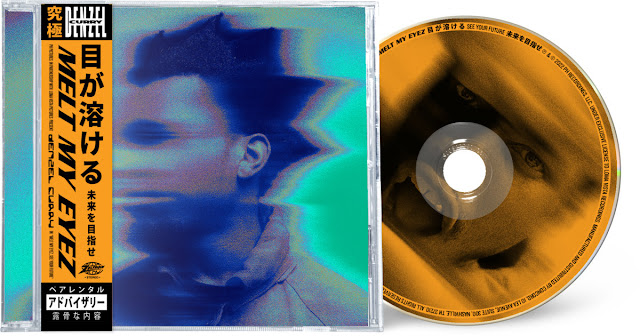 MELT MY EYEZ SEE YOUR FUTURE

Denzel Curry has been around but he was a new discovery for me in 2022 with his bold, urgent album. Varied deliveries of profound lyrics and an arresting use of instrumental tracks. 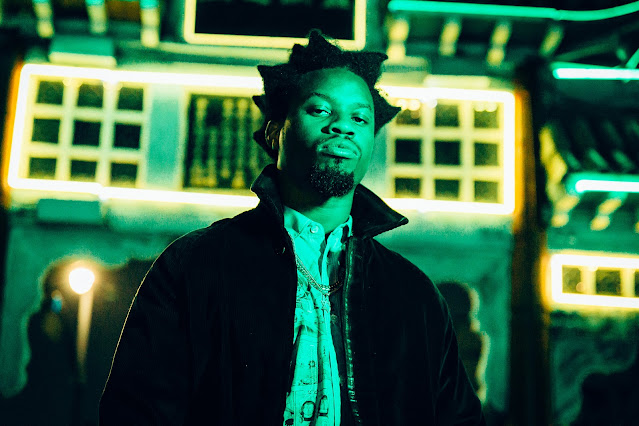 ‘Melt My Eyez’ is a metaphor for things we choose not to see on a daily basis: we avoid people, we avoid the news, we avoid criticism, but most importantly, we avoid facing the truth ourselves when it’s right in front of us. ‘See Your Future’ comes from self-reflection and the realization that I’m going to do something to better the world by letting them know that we are all the same and we can move forward in life if we don’t focus on the past. -Denzel Curry 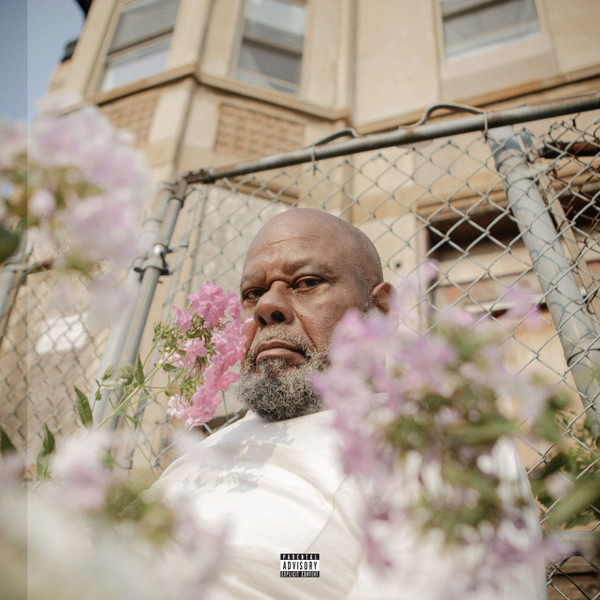 Like Denzel Curry, Chicago's Saba is another exciting artist who has been around and was introduced to me for the first time this year. This creamy-smooth rap / soul record, with its strong guest spots and lovingly-rendered samples is a triumph. The back-to-back highs of "Fearmonger" and "Come My Way" in the center of the record are particularly exbuerent. 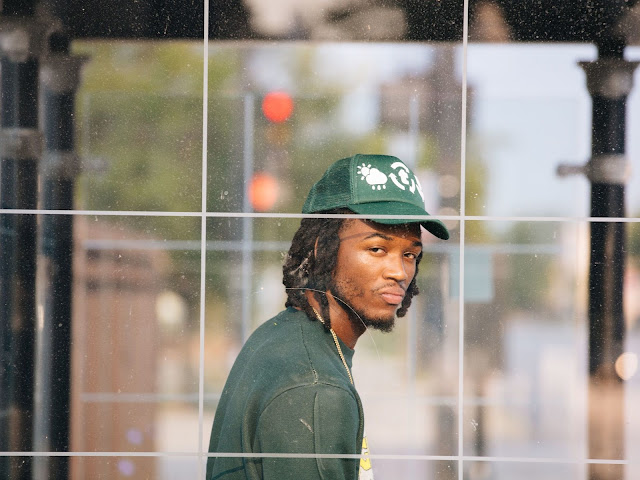 A few good things so for me right now [is] family, time, how we spend time, and peace. That’s a few great things to be honest. [Laughs.] It’s like how you said, with what we’re in right now with the world and everything, just finding comfort in whatever you can find it in. It’s such a thing I think we took for granted. So, I think, just finding comfort. Living in confidence [and] being sure of yourself. I’m always preaching confidence. Everything moves once you believe it’s gonna move. -Saba 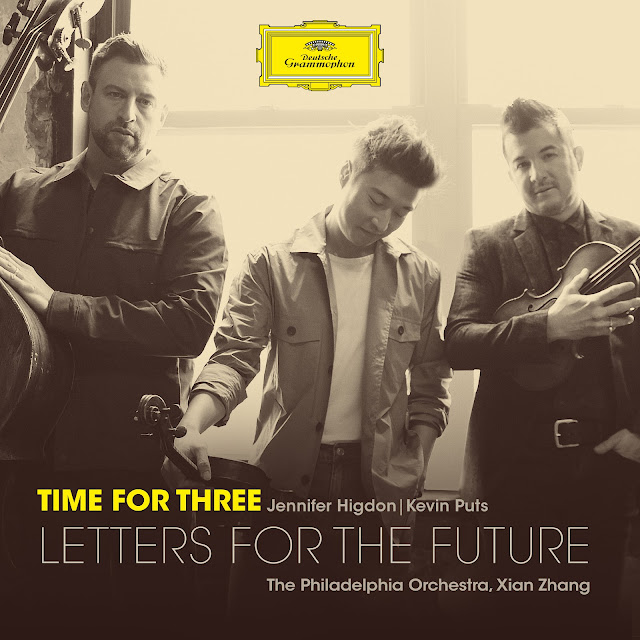 LETTERS FOR THE FUTURE 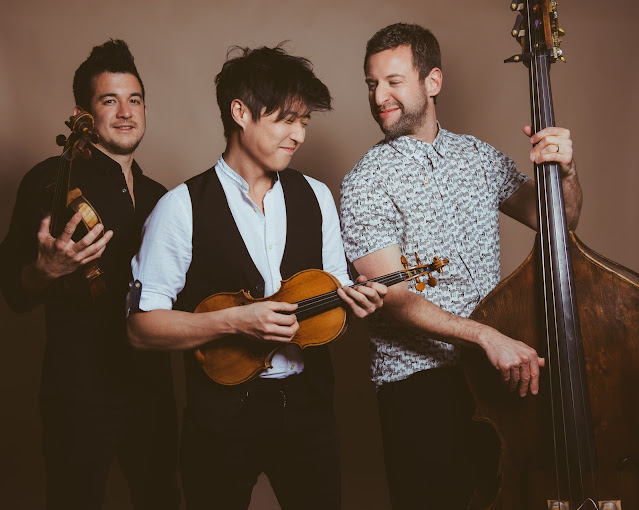 [This album] is our collective way of journaling what is happening in music now, and sending it forth into the universe for the future... It’s definitely daunting how one moment like this, the big reveal, represents literally hundreds of elements coming together in perfect sync. -Time for Three 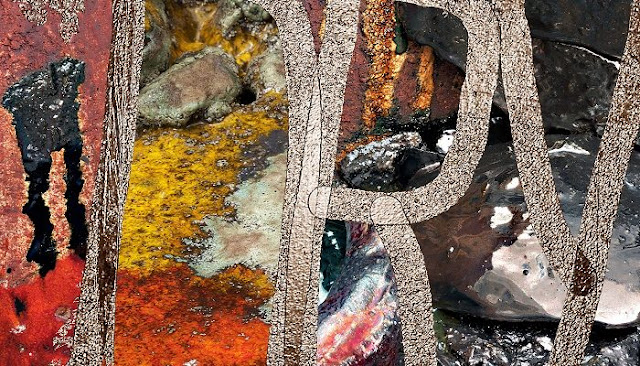 The Virginia Beach vibe is strong on Pusha T's speedy record--another smashing rap album from the year. The lyrics are sardonic and sharp overall, and Pharrell's pulsing production is singularly impressive. Kanye is unfavored (to say the least) right now, but hard to ignore his skills contributed here as well. 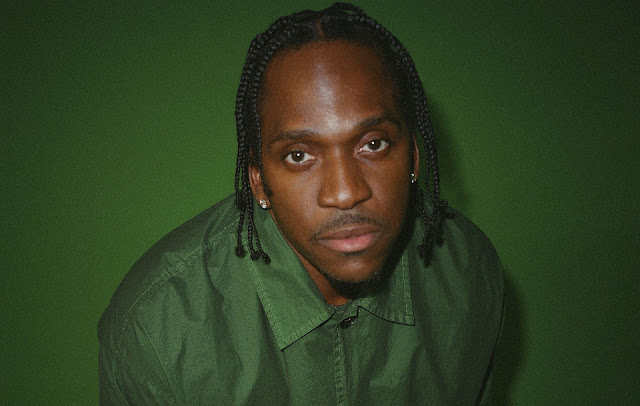 It’s all about creating the best product you can create... That’s just the standard. I want people to look at this street rap narration that I’m painting and understand that this is all I want to make. Don’t ask me for anything else. I’m not entertaining you. I’ve been a realist. I’ve shown you everything. I’ve won the wars. I went through label dramas. I withstood everything. Now is the best time for me to be more creative and fully uplift the genre. -Pusha T 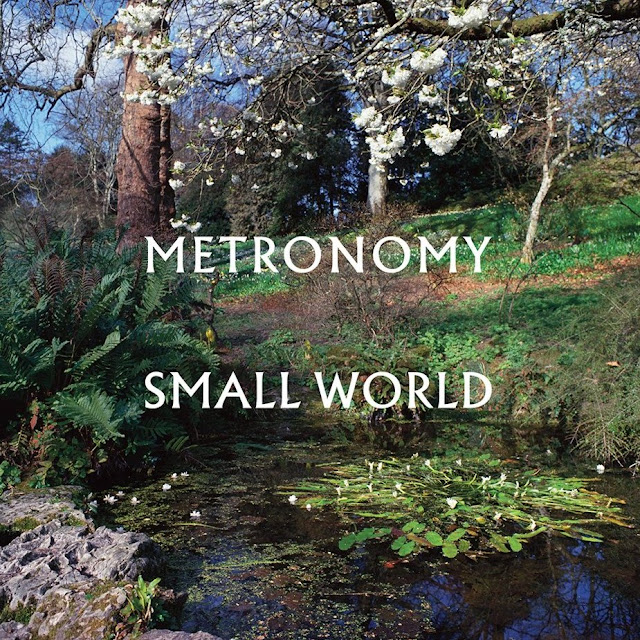 There's not a dud on this tuneful folk-synth-pop album. It's a record that grew on me throughout the year and got better and better. Its warm optimism welcome ("Things will be fine" / "Right on Time"). The special edition flip version featuring an array of guest stars isn't too shabby either. Occasionally, less is more in a maximalist-feeling era: both Pusha T and Metronomy's crisp albums clock in under 40 minutes each. 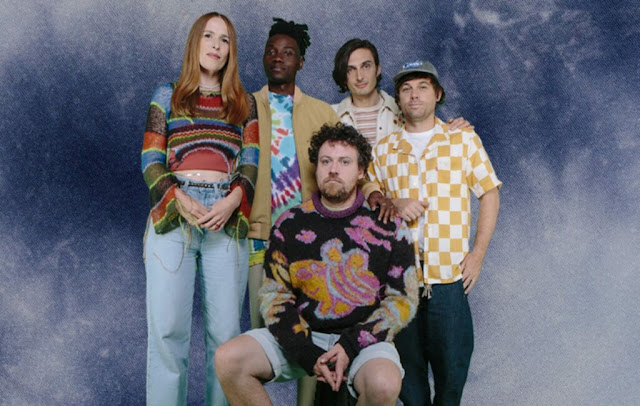 The songs that do engage with the kind of universal, youthful pop themes of old - like the sweet and groovy ballad ‘Right On Time’ - he explains are getting harder and harder to write. It’s basically about meeting someone and falling in love, and the last time that happened to me was 11 years ago! I suppose now, it feels a bit like, come on, start writing about something that’s true… -Joe Mount 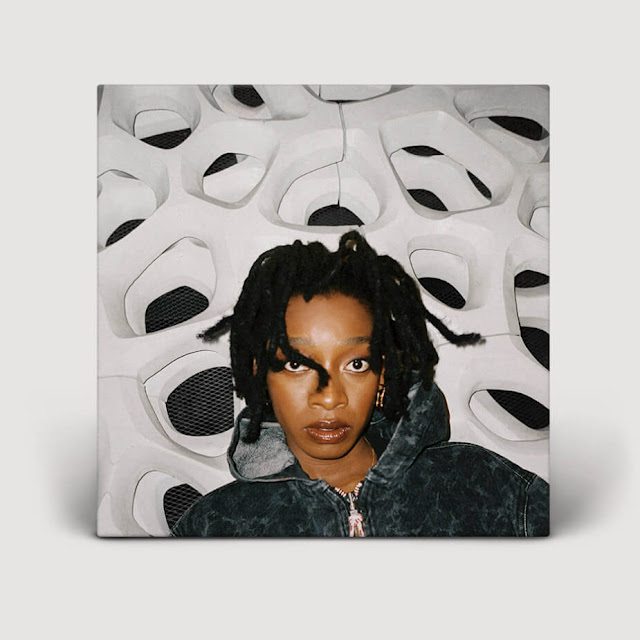 A reason to wait for the year to end before compiling a Top 10 list: Little Simz's bold Monday album drop late-breaker! (should more albums start dropping on the most depressing day of the week?)  A bit leaner than her last record (my #1 of 2021), but Little Simz continues genius work here. The orchestral instrumentations and sound-work is just as impressive as her unworldly, acidic delivery and lyrics. 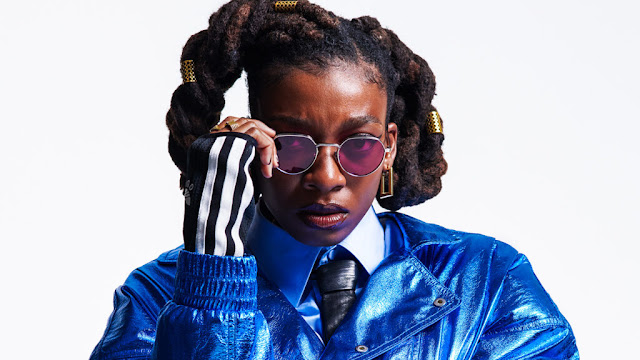 emotion is energy in motion. honour your truth and feelings. eradicate fear. boundaries are important. 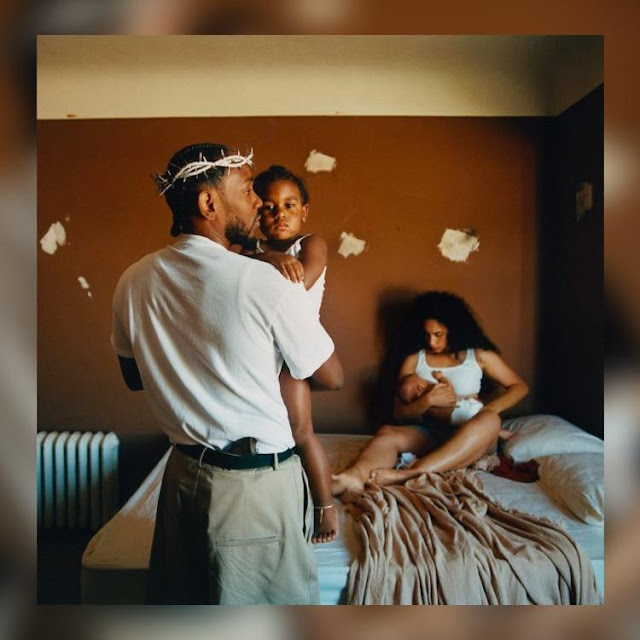 It's pretty incredible to see Lamar's output with every new record. Not as hook-driven or catchy as some of his last efforts, but it's maybe his most rambling, epic work yet. Blazing, rapid-fire raps, unusual tempo shifts and piano-riff melodies. Some choice guest appearances too. "We Cry Together" is an electric mosaic of a crazy toxic relationship, and actress Taylour Paige's against-type performance on it is something else. 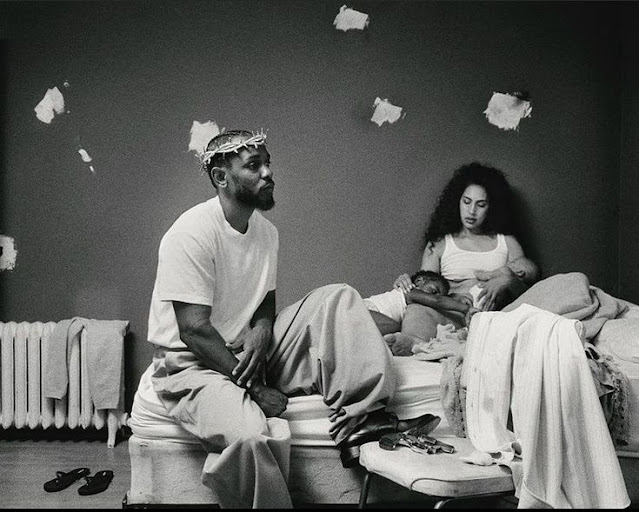 This is my most present album. -Kendrick Lamar 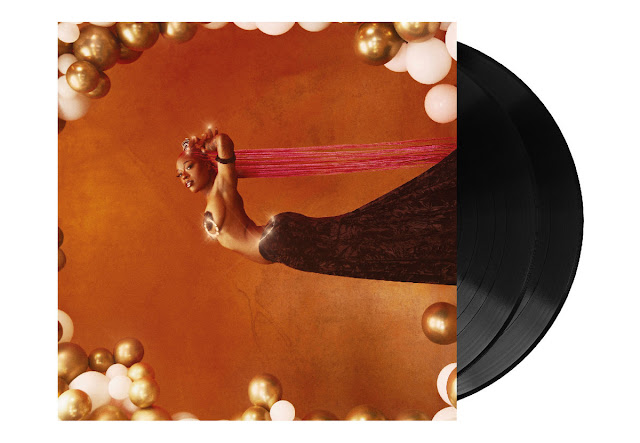 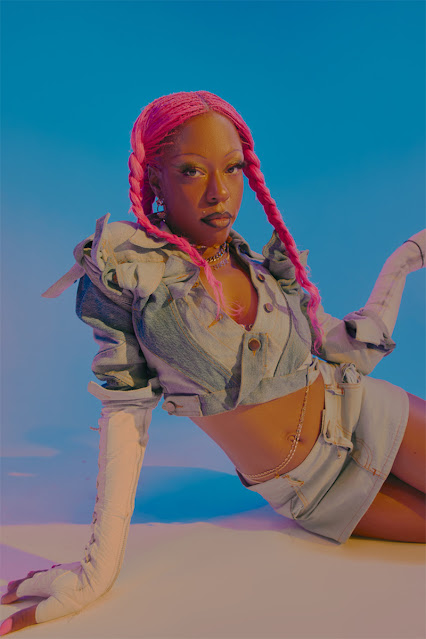 It's my time to have joy — to have Black girl joy. Making art, loving, dancing. So I'm not trying to be vibrating low [and] thinking about all those things. I just kind of feel like it's a trap, in a way. Once I start thinking about that, then I'm in a box. So I'm free. -Sudan Archives I have long been a fan of Salvant's broad, gorgeous voice, so when I saw she was covering Kate Bush's "Wuthering Heights," I couldn't wait to hear what she was up to! I was not disappointed. Though a notable jazz singer, as a whole, the album is almost unclassifiable in a single genre--or Salvant is pushing jazz and blues into new spaces. Nevertheless, it's a cohesive, moody tapestry of haunted songs. 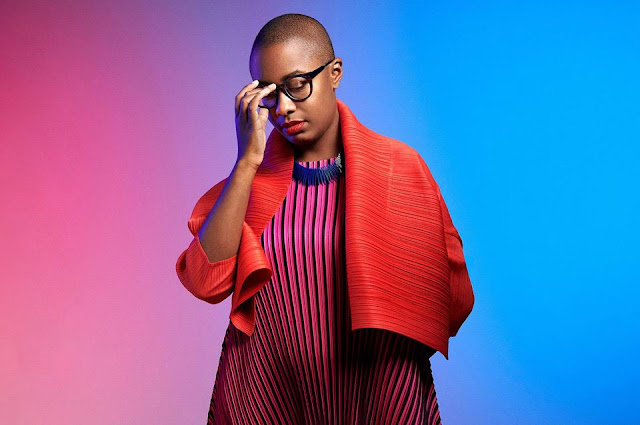 I wanted to have different sonic environments. I wanted to have a little bit of field recordings, some clean studio sounds, and echoing church. I really wanted to play with the different colors of environments and contexts, because that's how I listen to music. This is what I like as a listener — a lot of different textures. So, we were trying to go for that to an extent.

But it's quite different from what I've done in the past. We recorded with great studio microphones but also with cell phones. Children recorded themselves on cell phones in their homes. I recorded my nieces in my sister's house on the cell phone. Then we recorded inside the St. Malachy's Church in Manhattan. So, there were a lot of different textures to play with. -McLorin Salvant 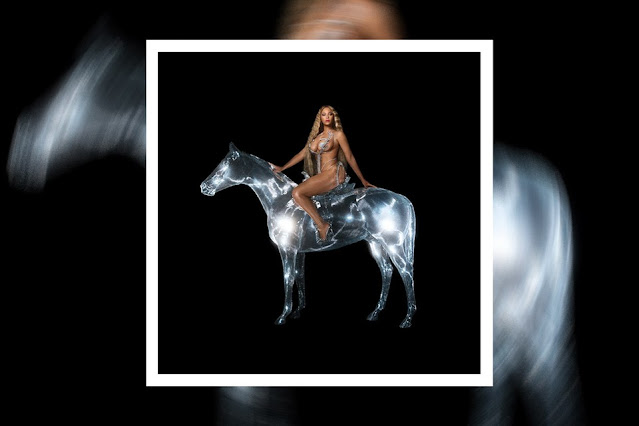 Not much more can be said that hasn't been said about Beyoncé's thrilling, house-infused dance album of perfection. Renaissance is of shiny entertainment, sample-hopping, and joy, but also of contemplation. 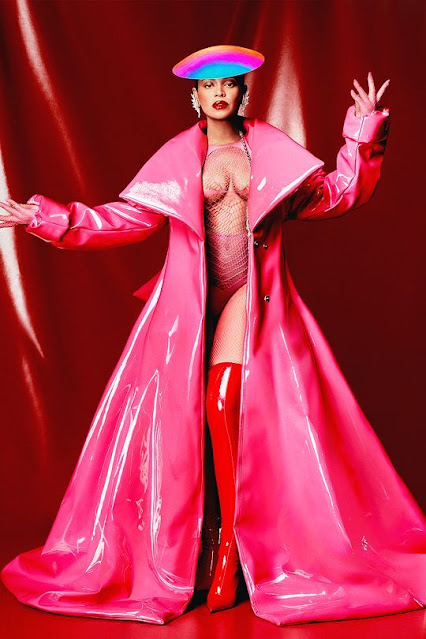 Creating this album allowed me a place to dream and to find escape during a scary time for the world. It allowed me to feel free and adventurous in a time when little else was moving. My intention was to create a safe place. A place without judgment. A place to be free of perfectionism and overthinking. A place to scream. Release. Feel Freedom. It was a beautiful journey of exploration. -Beyoncé