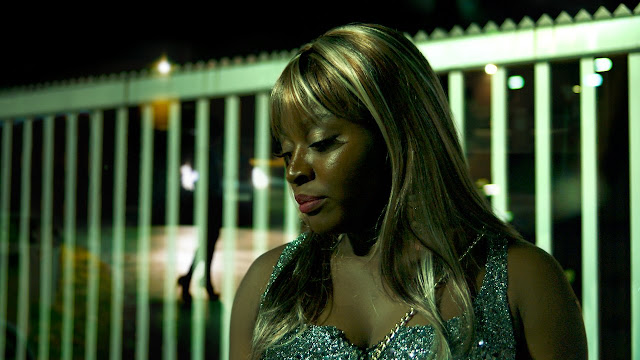 Sudabeh Mortezai's sobering film Joy looks at the lives of Nigerian immigrant sex workers in Vienna. The movie begins with a ritualistic spell--a "specter of power" (a phrase which is featured later in a different context on a religious banner)--which hangs over the picture and the actions of its characters. The titular character (a quietly moving portrayal by Anwulika Alphonsus), first seen glum in a streaky blonde wig and cork wedges on the side of a dark, desolate road, takes young Precious (Mariam Sanusi) under her wing. She helps Precious define a new look, with purple-grey extensions and gold heels and make-up to bring out her face--"make her more beautiful." 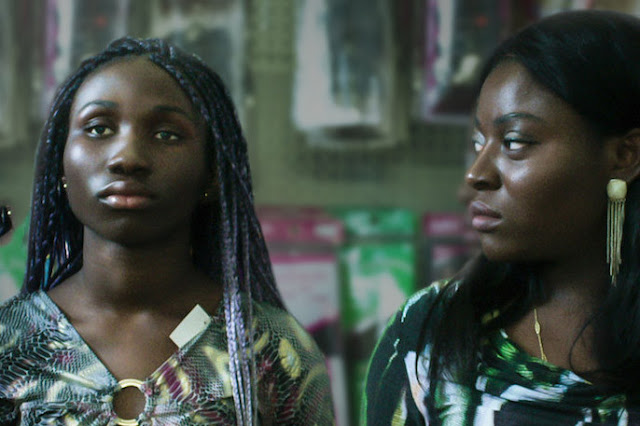 Caught between supplying funds to their "Madame" (Angela Ekeleme) and their families back home, the film portrays a harsh game of survival for these women. While there is a sense of benevolence around Joy, within the high stakes and in the crushing journey to "pay off her debts," she can go only so far to help Precious--she warns she will steal from her and kill her if she has to in order to remain alive and also support her young children. 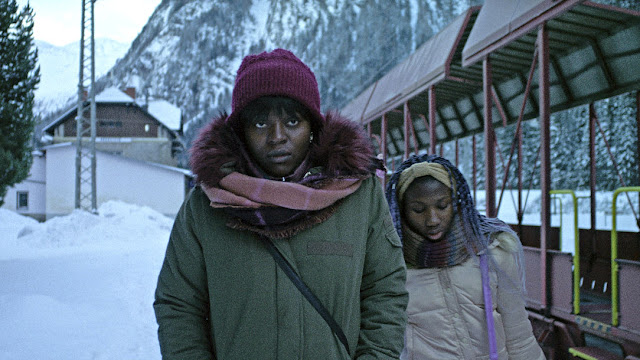 Filmed in a bluish, dusky photography (by Klemens Hufnagl), Joy exists in tight spaces across long distances. The cramped housing facility in Vienna basks in the light of celebrity culture filtered through a flatscreen of dangling wires. Magazine tearaways are plastered to the chipped walls, including pictures of Michelle Obama. Eventually the film shows the cruel fallacies of the immigration system and the brutal realities of sex worker business and trade. Deceptively understated, Mortezai has made a very urgent and engrossing film, that leaves open topics of conversation and investigation. ***1/2