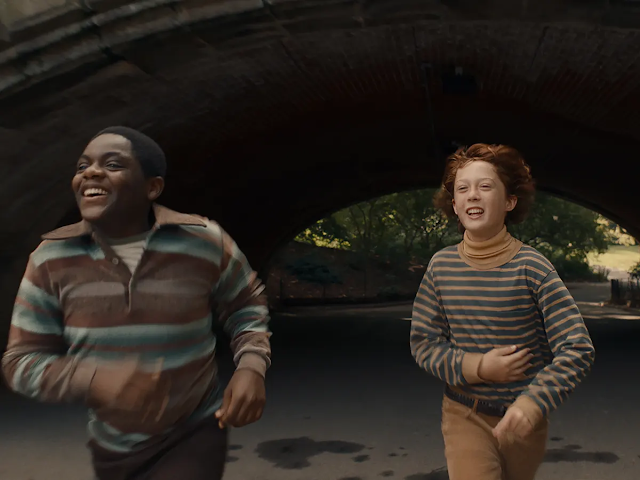 Even when tackling expansive themes or settings, James Gray's films have an intimate sense of contemplation to them--I'm thinking of Two Lovers, The Lost City of Z, The Immigrant, and Ad Astra in particular. His films have drawn praise for their attention to cinematic form, production values, and the sense of serious-minded dedication. Sometimes, however, there's a feeling of something missing--a flatness, a tediousness, and emotional remove. Due to its rich cast, sense of time and place, Armageddon Time is his best film, or at least the first one of his to get under my skin. It's an imperfect movie, but its moral murkiness--its stirred-up feelings of regret, guilt, anger, and fear--make it palpable. The coming-of- age story is pat on paper--with young Paul Graff (Banks Repeta) as a daydreaming kid in Queens who yearns to be a famous artist. He befriends Johnny Davis (Jaylin Webb) who yearns of being an astronaut. Both kids are goofy, as young kids can be--rambunctious in class--but because Johnny is black, he's punished and treated differently than Paul. These personal situations and the witnessing of malice and racial bias permeate the story against a backdrop of larger American power shifts. Paul is from a brazen, middle class Jewish family. Even if they find Reagan abhorrent and are likely self-described as societally sympathetic and compassionate (Paul's mother Esther, played by Anne Hathaway, at one point utters a shivery and cringe-y "I don't care if your purple, blue..." line that people still invoke), they display biases in a myriad of ways. 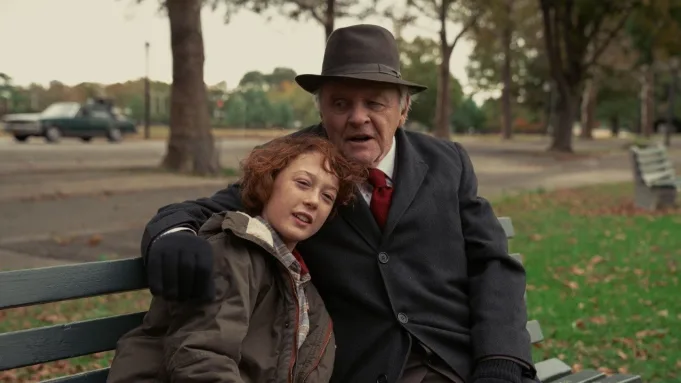 In some aspects, the film is about generational differences, especially between Paul's grandparents and parents of the Getz / Gilebrto set and his male generation drawn to punk (the title is inspired in-part by The Clash) and rap (the roots of which spin on Paul's turntable). It's reminiscent of Barry Levinson's underappreciated Liberty Heights, another trapped-in-amber racial remembrance from a Jewish family perspective. In Heights, a black girl wants to take a Jewish kid to the James Brown concert; in Armageddon Time, Johnny wants Paul to go to the Sugarhill Gang concert. Both directors reflect upon shifts, both regressive and progressive, in America and American popular culture. Ultimately fear is what displaces Paul out of his public school into what is supposed to be a "great" institution--a mostly-white elite private school his older brother attends, ensnarled by the Trump family. The people in this school already know, and are constantly told, they are at the top and that they will continue to be at the top. This fusion of being on the precipice of the Reagan landslide and the harbinger of the Trump era to come, is what comes through strongest in Gray's piece. Filmed in a downbeat, brownish hue by the prolific cinematographer Darius Khondji, the movie has a gripping, haunting feel and look. The ensemble is somewhat uneven in their styles--Jeremy Strong as Paul's father is quite showy. But perhaps the acting is just as uneven as the temperament of any family member would be. Anthony Hopkins, still going strong in his extraordinary career, emerges the most effective and affecting as the grandfather who best engages socially with Paul. In a pivotal scene between him and and his grandson, there's a lecture on white privilege and the complicity of white silence as Paul tries to launch a toy rocket. Reflected here are the smallness of humans in a vast, capitalistic scheme: the hulking husks of the Queens Rocket Park looming in the background against a grey autumnal sky of washed-out space-age optimism. ***