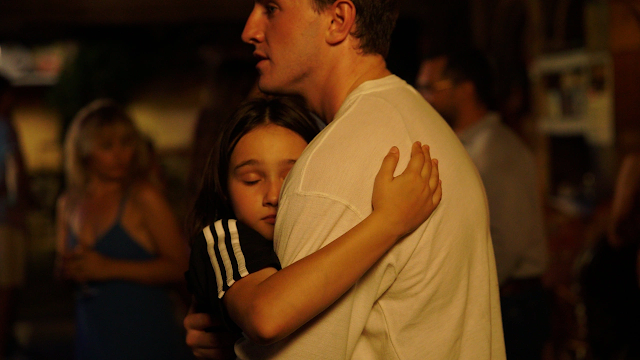 In October of 2016, I wrote of Moonlight: "In Barry Jenkins' artful and quietly masterful [film], incidents shift like smoothly-rolling waves" and also, "...hours afterwards, as if coming off a long ocean swim, I felt the ache of what I had witnessed, the rush of water in my ears." I experienced a similar sensation seeing Charlotte Wells' first feature-length film, Aftersun, which was produced by Jenkins (and also distributed by A24). It's rare to see movies that have such a cumulative power. Mostly set at a Turkish resort in the summer somewhere in the latter 1990s, Aftersun follows a vacationing young girl Sophie (a remarkable and authentic Frankie Corio) and her father Calum (Paul Mescal). Calum is estranged from Sophie's mother and seems to be undergoing depression or mental illness. As we sometimes flash to an older version of Sophie in a flat somewhere with her partner, the movie roams around from Sophie's point-of-view--whether a clear remembrance or perhaps a reimagining of what her father experiences (Calum smoking out on the hotel porch late into the night as Sophie sleeps in the dark; Calum in a club under strobe lights). What Calum and Sophie share is a trip of togetherness and love, but also deep ache, as Calum seems so tortured. 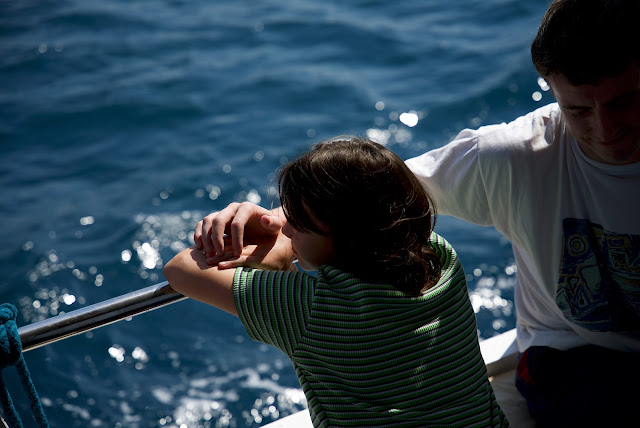 Wells' film is a memory piece that feels like smooth or suddenly sharp-edged glass or broken seashells plucked from a shore. There are ruptures between languidness and the ticking of time, the bereft and a sense of doom. The movie is beautifully shot by Gregory Oke and it utilizes different stock of the era--Sophie's giggly, shaky, hazy camcorder shots, or swimming pool snaps from an underwater camera, or in one of the more arresting moments--the ghostly chemical process of a Polaroid. It also feels like a reminder how expansive the mosaic of self-recorded imagery has become over the past twenty years. Other period details are spot-on--from the pop cues (Blur's epic "Tender" figures elegantly) to the clothing and fads (in one amusing scene, you can tell this definitely takes place fresh after the "Macarena" had burned out). Aftersun captures a twilight of Euro-popular culture. Ultimately this is a filmmaker and a character reflecting upon the past: the title conjures not only the father and daughter's sun-soaked trip where sunscreen and aloe are applied, but also, metaphorically, the kind of smoldering of a relationship that likely ended in sorrow. There are tinges of regret from the minute--an unread book, an unpurchased rug, the sound of breathing--to the extensive and personal. The editing by Blair McClendon shapes a film that has a quiet power instead of an imposing one--it's such a delicate, nuanced piece that it must have been an extraordinarily difficult task (I am also thinking of François Gédigier's virtuosic work on Hold Me Tight). Wells direction shows tremendous promise and skill with working with techs and also actors. The naturalistic turns by Mescal and Corio are truly heartbreaking. ***1/2

Posted by MrJeffery at 5:33 PM