the conjuring: the devil made me do it 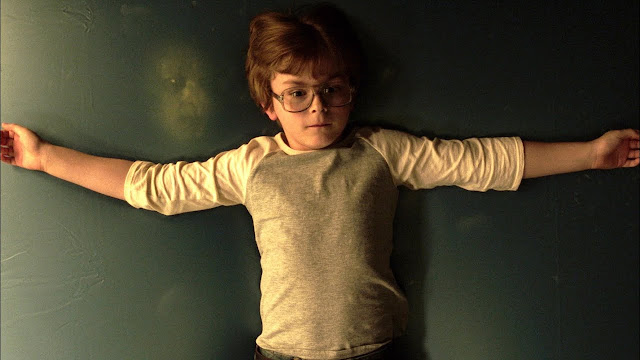 Despite the cranked-up volume and antics, there's now a creaky listlessness upon the Ed (Patrick Wilson) and Lorraine Warren (Vera Farmiga) filmic saga. The formula of retro-set porpcorny horror bookended with pearly religious-tinted sentimentality has grown quite stale. Between the lackluster horror films I've seen so far in recent years, I am wondering if this is just fertile ground for a new, breakout movie or at least a very engaging one.  The The Conjuring: The Devil Made Me Do It is based upon the Arne Johnson (Ruairi O'Connor) case, where the rare defense of demonic possession was used in a murder trial. 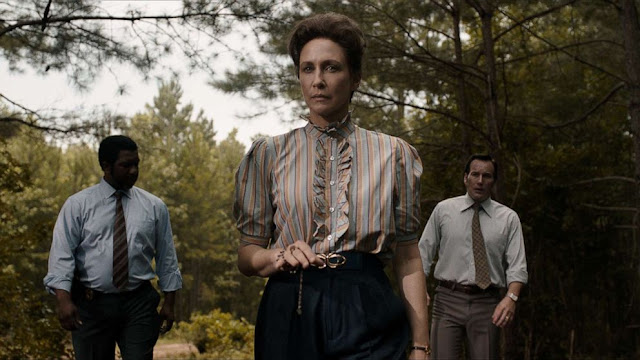 Michael Chaves, who also directed The Curse of la Llorona, and writer David Leslie Johnson-McGoldrick, create a very disjointed picture that unnecessarily toggles through point of views and timelines, while showing the enduring relationship between Ed and Lorraine and their pursuit of conquering the source of Arne's possession. The cinematography by Michael Burgess is attractive aesthetically, but its unvarying dark shades and tones began to lull me into a state of sleepiness as the film shouldered through its needless over two hour run time. The sound design has too many scenes that go from zero to one thousand--a gimmicky (and unpleasant) jump scare trick (remember how creepy that simple handclap was in The Conjuring?--do we need these blaring hysterics?). There are some memorable set pieces--like a rat-infested crawlspace and a sinister waterbed--that deliver nice moments. In this film, that peaks too early from the outset with a noisy exorcism, the smaller-scale works better than its thrashing attempts at the grandiose. 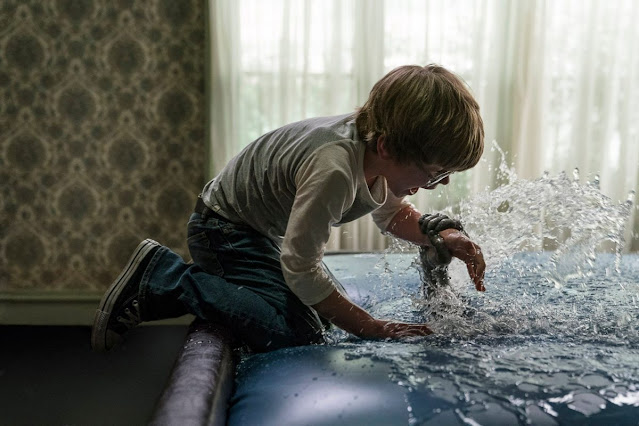 Set in 1981, I kept thinking back to that notable year of cinematic horror--it's impossible to replicate the atmosphere of the films of that time. Horror period pieces and homages have worked sometimes to great effect (Ti West's The House of the Devil and original Conjuring) over the past decade or so, but the conceit is wearing out. Perhaps, instead of raking the past with songs (Blondie's brilliant "Call Me," figuring here gratuitously) and accurate costumes (Lorraine's ruffle-neck poplin blouses!--props to designer Leah Butler), we need more horror of our time that creates a different atmosphere that's still simultaneously effective?  Farmiga often makes these pictures work, with steely seriousness and faint, glint-in-the-eye humor. I was sad some of her good acting moments had to be intercut with atrociously cheesy flashbacks. Her, and the quality, appealing cast, isn't enough to overcome the retread material. **

Posted by MrJeffery at 5:20 AM

Email ThisBlogThis!Share to TwitterShare to FacebookShare to Pinterest
Labels: film reviews, Films, horror, michael chaves, patrick wilson, ruairi o'connor, the conjuring, the devil made me do it, vera farmiga