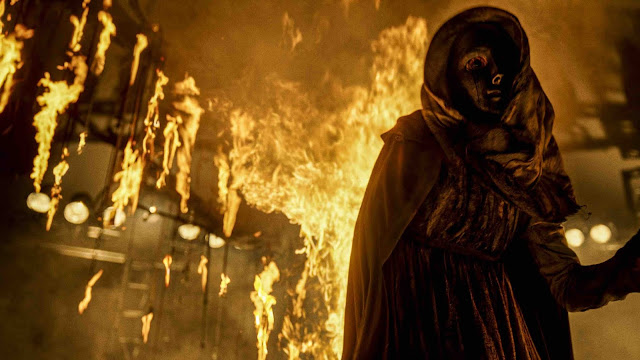 The Unholy marked my first year back to the theaters in over a year. The room was of few patrons, masked, unless drinking soda or eating popcorn, or in the case of the man rows in front of me--swilling beer. It was disorienting at first--the previews (a slog of things like Cruella and F9) --an assault on sensitive senses accustomed to smaller-screen experiences (I watched Lovers Rock in the Fall on a laptop, which proved that filmmakers can make pictures that rattle your core with a simple dance sequence set to a song that scales vocal heights, even if the movies aren't sweeping epics or action spectacles). As one who tends to grade on a curve with horror, a genre I'm partial to, I gave The Unholy the benefit of the doubt (in fact, like other unsubtle, sledgehammer Catholic-oriented pictures, DOUBT ends up being a major theme here!). I wanted it to be a fun return to the theatre-going experience. Unfortunately, The Unholy, despite some of its ambitious stretches, is a pretty dull puzzle that takes its characters an inordinate amount of time to piece together. Tabloid journalist Gerry Fenn (a grizzled Jeffrey Dean Morgan) with a disreputable past, travels to rural Massachusetts for a story on cow mutilations (?)  There he finds a late 1800s religious doll, one that traps evil, which happens to be found sometimes amongst the farms in the area. Inexplicably, Gerry breaks the doll and snaps a picture--perhaps thinking it would make a splashy yarn. Now the evil has been unleashed, and has found its way to Alice (Cricket Brown), a hearing impaired daughter of the town's preeminent Catholic priest, Father Hagan (William Sadler). Soon thereafter, Alice thinks she sees The Virgin Mary and miraculously, Alice is suddenly able to communicate, hear, and heal. Gerry ends up staying in the area, through a series of mishaps, with great interest in covering Alice's story, and later, helping Alice. Soon, the story becomes bigger, as the unassuming, sleepy New England town becomes a mecca for miracles. This draws the attention of the first skeptical Bishop Gyles (Cary Elwes), who becomes intent on commodifying the events. 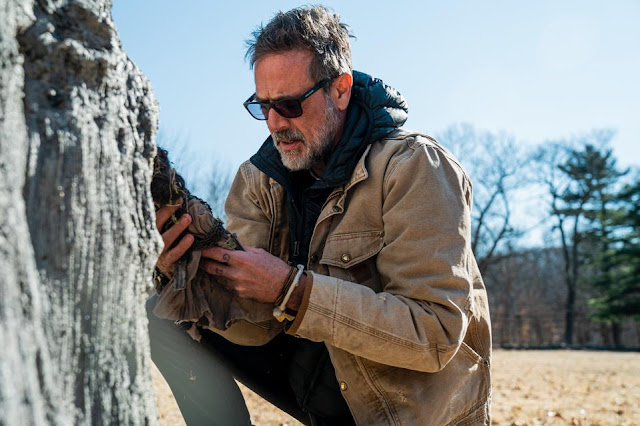 The film is based upon the 1983 James Herbert novel entitled Shrine. In some ways, The Unholy harbors a creaky, old-fashioned feel that could be attributed to its source material. The old-fashioned feel, the jaded journalist following a story, is an appealing one and I would be interested in seeing the relationships between the book and the screenplay (the film is written and directed by Evan Spiliotopoulos), but the movie ultimately adorns itself with cheesy, shiny CGI effects and bombastic jump scares that leave a sour taste. The source of evil is Mary Elinor (Marina Mazepa), an executed witch, exacting revenge centuries later. She is a screechy, cloaked figure with a burned face--woefully morphed cartoonishly by special effects. Practical effects and a more probing look at her character could have made her more impactful, as she is potentially the most intriguing person in the story (cue a fast-to-market origin movie next year). But here, she's merely a wispy, unfrightening CGI apparition in the bin of forgettable horror pics of early twenty-first century cinema. The Unholy was halted mid-way through production due to COVID and I wonder if some of its unevenness and lumpiness, including the glazed-over direction of awkward extras and Elwes' suddenly wicked Bawston accent, could be accredited to difficult circumstances. The other main actors, especially Brown and Katie Aselton, as a sympathetic town doctor, acquit themselves serviceably. I do think there is something interesting to mine here in the story, a sense of ambivalence and / or the overwrought wrought in some of the finer religious horror pics of the past, but the horror here isn't unsettling enough to muster much passion. *1/2
-Jeffery Berg
Posted by MrJeffery at 7:16 AM