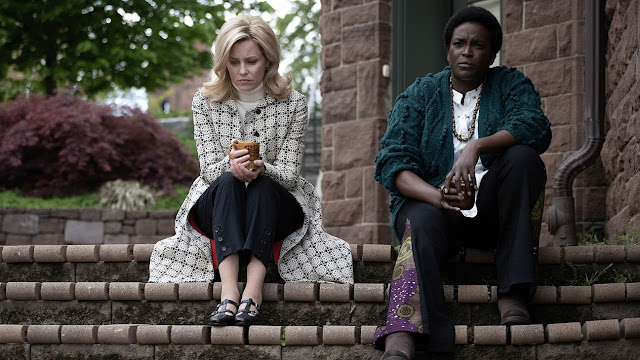 Phyllis Nagy (who brilliantly adapted Patricia Highsmith's The Price of Salt for Todd Haynes' film Carol) directs an important and agonizingly still-relevant story in Call Jane. The movie depicts a strand within the Jane Collective, an underground group of women in Chicago, who provided abortions and counseling in the late 1960s into the early 70s. Hayley Schore and Roshan Sethi's script focuses upon the journey of Joy (Elizabeth Banks), a reserved suburban housewife who comes to join the group in secret after her own abortion there. 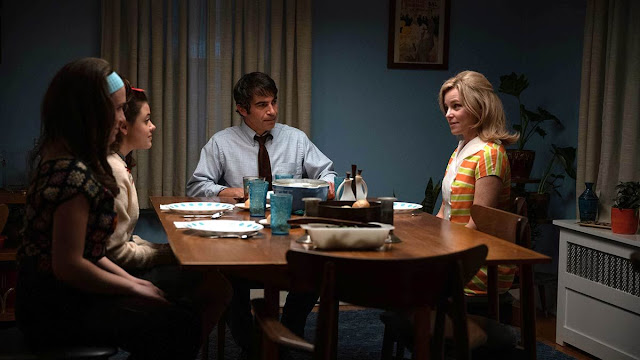 For a film so deliberately paced, Joy's change can seem abrupt, but it also makes sense, for what she has recently endured in her life was so abrupt. The first half of Call Jane stays rigorously close to her point-of-view. The doctors referring to her in third person, talking directly to her husband Will (Chris Messina) instead, her fate determined upon an unfeeling board of men in cigarette smoke haze--all of it is frustratingly galling. The procedure itself, performed by the unsavory Dean (Cory Michael Smith), is harrowing in its quiet tension. Joy's experience is just one of many; watching the Jane Collective reading names and stories off paper scraps and voting on whose abortion is more urgent than another's, the film delves into the impossibility of comparing one's needs and one's pain. Jane's determined Virginia (a well-cast, absorbing Sigourney Weaver) creates a serious, but sarcastic, good-humored vibe that's crucial to the group's survival. 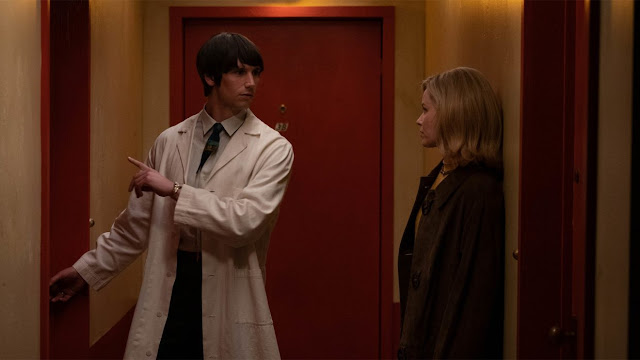 After the symbolic blindfold is unraveled, Joy eventually comes more empowered and the story grows more inspiring, despite the movie's air of simplicity. The script awkwardly juggles Joy's arc while also attempting to speak to the Jane Collective and all its dilemmas as a whole. When the film strays from Joy occasionally in the second half, the momentum slackens. There are two scenes that feel as if they could have been cut, even if they could both be seen as integral for both plot-building and character development--one between Virginia and Dean, and one between Will and Joy's caustic, but sympathetic neighbor Lana (Kate Mara). This is a huge, representative tale for Banks to carry, but she's the kind of performer (and this is the kind of film) that's much more effective within the ticking of her insular moments than when the story goes broader. The supporting cast is spunky and quite good, including a fantastic, naturalistic Grace Edwards as Joy's daughter Charlotte. 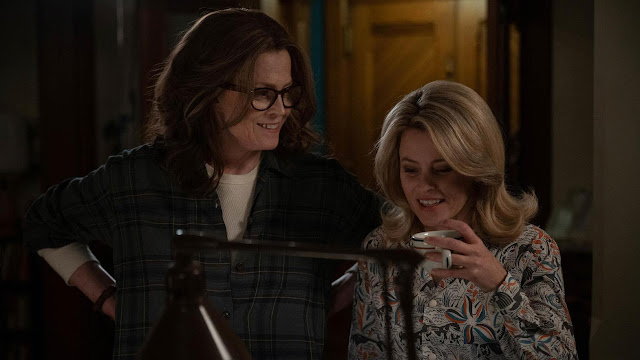 Nagy has also gathered a strong crafts team. The America-in-the-1960s film is a well-worn path, so music is key. Willa Yudell's keen music supervision is noteworthy, going for more surprising pop-rock choices like Sandy Nelson's "Let There Be Drums" or Jennifer Warnes' extraordinarily haunting cover of "Let the Sunshine In"--one I hadn't heard before and am newly obsessed. The film is shot on cozy Kodak with no-frills precision by its cinematographer, Greta Zozula. The cold, Hitchcockian solitary blonde glamour of the beginning is literally burned in effigy in the warm, communal closer in the end in the wake of the Roe vs. Wade ruling. A conclusion that sticks in the midst of the on-going muddle of progressions and set-backs. **1/2

Posted by MrJeffery at 6:26 PM