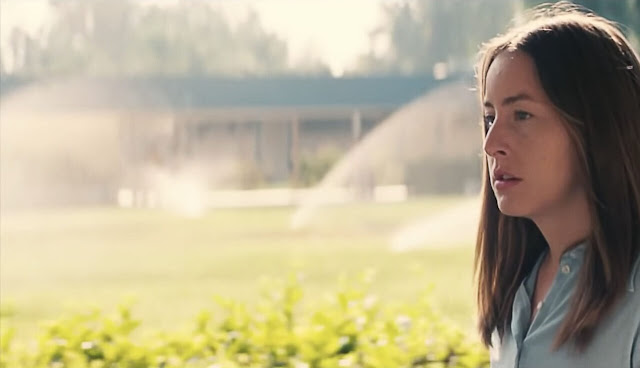 Paul Thomas Anderson is one of the few contemporary filmmakers of my life so far where I can distinctly remember the experience of seeing their movies for the first time in the theater (with the exception of Hard Eight, which I watched on DVD later, and loved). All of his movies have that indelible immersive quality, and one that sometimes causes a jolt to the soul--they have a punchy immediacy, and sometimes take a few days to brew over. His rambling, nostalgic yarn Licorice Pizza, has that intoxicating effect--and most vivid is Alana Haim's extraordinary performance. Besides Lily Tomlin in Nashville, I can't think of another American actor whose fallen face can render so much heartbreak in a scene. Anderson's movie, hits all kinds of moods, and is mostly a joyful spin, full of dark or dusk-lit winding roads of its early 70s San Fernando Valley setting. Often characters are passionately running towards something--many times purely unfulfilling dashes. Sometimes we go to the movies for the pleasurable experience of escaping the unfulfilling dashes of the everyday, otherwise we go to relate to seeing that feeling evoked onscreen (True love seed in the autumn ground / When will it be found? Nina Simone sings on the main titles song "July Tree"--True love deep in the winter white snow / How long will it take to grow?). 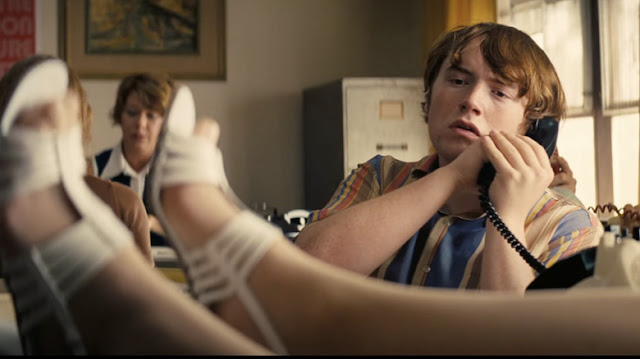 Cooper Hoffman (the son of the late Philip Seymour Hoffman, one of Anderson's muses) as teenaged child actor Gary Valentine looks old for his age--stocky and tall--with disheveled reddish hair, a ruddy, pimply countenance, and ill-fitting clothes (in one humorous scene where Maya Rudolph pops up--one of the movie's many actorly cameos, he auditions for a clothing ad, with much smaller kids). He's also a bit more audacious for kids his age--an unabashed "showman" and entrepreneur at heart. Perhaps knowing his child acting days are numbered, he seeks the next trend to exploit and quickly turn into a business, from waterbeds to pinball machines. His character's drive reminded me of Don Cheadle's lovable Buck in Boogie Nights, who desperately tries to hawk the latest stereo systems (and is also late-to-the party to the clothing "crazes" of the late 70s into the early 80s--knowing, eventually, it will come back). Gary's relationship with Alana (Haim), is as twisty and uphill and downhill as those Valley roads, many in small gestures and moments (awkward phone calls where Anderson elicits the way breathing and talking really sounded through those rotary phones). But Anderson also takes a more broad approach with big set-up scenes, mostly connected with cinema, with craggy, rugged Jack (William) Holden (Sean Penn) and cigar-chompy director Rex Blau (a very good and commanding Tom Waits--reminiscent of Ned Beatty)--an age of spectacle Hollywood withering on its vine; and another compelling odyssey with fiery, eccentric, coked-up producer Jon Peters (Bradley Cooper)--a man emblematic of a blossoming Hollywood generation. The 1973 oil crisis also plays a pivotal role in the film (David Bowie's grand "Life on Mars?" figuring against a line of those large, looming backed-up 70s vehicles). Like any big event, the consequences can unknowingly creep up on us, becoming entangled in our lives, but also having ramifications that go beyond ourselves and our citizenry. These small moments and sweeping diversions, ultimately prove that Gary and Alana are as mismatched as the title suggests (also a chain of record stores of the period, before Sam Goody bought them out), largely since Alana is over ten years older than him. And yet, there is a gnawing, zig-zagging bond between them.

Haim's performance is certainly the standout in this saga, the emotional through line and anchor. It's both her presence--a very un-movie star look (as Harriet Sansom Harris' agent character willfully scrutinizes)--and her line deliveries and physicality which feel so unfussy and natural. Hoffman is a perfect foil, because he doesn't pop as much onscreen: his character's age, limited view and somewhat emotional flatness--is exactly what he portrays. One of the things that's exciting in the best Paul Thomas Anderson movies, is that there's always really delicious performances across the board, even the tiniest turns (in that respect, immediately April Grace comes to mind, who as a delicately probing interviewer in Magnolia, levels out a very loquacious Tom Cruise; here, John C. Reilly and his unmistakable voice in Fred Gwynne Munsters get-up at a tragic teeny bop expo made an impression, and the audience laugh, in just a few seconds). Anderson tends to fit a lot (too much?) in his movies, and there are some winking moments which feel as if he's laughing to himself (some of the Japanese restaurant moments, despite a dedicated John Michael Higgins). The film is cut by Andy Jurgensen and the editing within scenes is beautifully done. The 70mm presentation of this movie is definitely special and precious (the cinematography is by Anderson and Michael Bauman)--a shot of Alana and Gary on a glowing gray waterbed, makes them look as if they are on the surface of the moon. Both Jurgensen and Bauman have worked departmentally with Anderson before, but these are their first full-length feature credits as editor and cinematographer. Even though we've seen a bevvy of nostalgic trips to the 70s in recent years, Anderson's piece remains distinctive, perhaps because it feels so personal. Earlier this week, I docked House of Gucci's bizarre, anachronistic music cues. Even though the early 70s people in Licorice Pizza couldn't possibly be listening to Chris Norman & scratchy-voiced Suzi Quatro's catchy '78/'79 hit "Stumblin' In" on airplane headphones, the song is almost like a dreamy recollection of a later-in-life Anderson, wistfully looking back at this time period--its lyrics of "stumbling" love perfectly encapsulating the predicament of these searching characters. ***1/2

Posted by MrJeffery at 4:51 AM