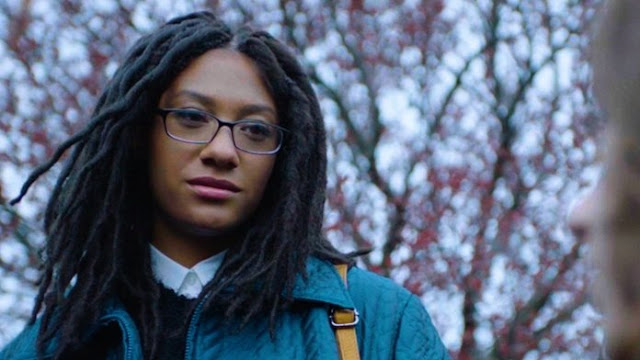 In the aftermath of their small Hebrew school classmate's suicide, two young women Carrie (Madeline Grey DeFreece) and Hannah (Rachel Sennott, recently a standout in Shiva Baby) reflect and prattle away, sometimes viciously--more so on Hannah's part--at those around them. Teen life is always fraught with intensity, but perhaps because of the circumstances, Hannah feels compelled to hastily plot to nab the affections of classmate Tristian (Daniel Taveras); meanwhile, Carrie harbors her own attraction towards Hannah. 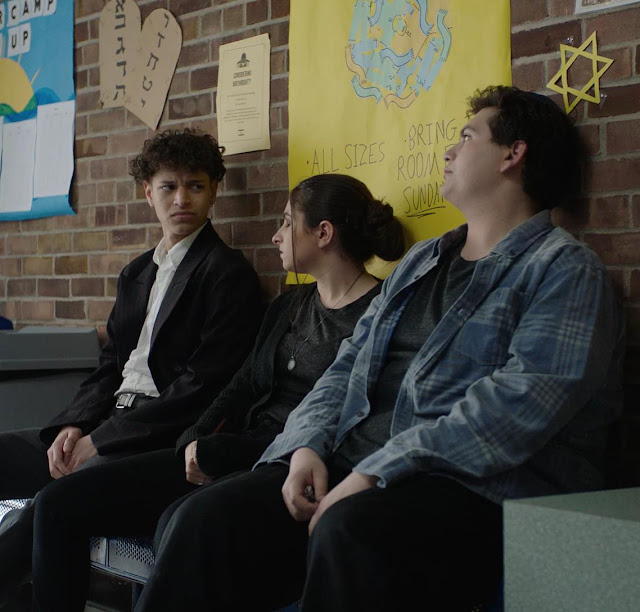 Even if the film is a somewhat squirmy sit alongside the claustrophobic feel of the setting--a few rooms within the school--Zeidman does nail the pause-riddled tartness of teen dialogue. However, sometimes there are jokes that fall flat and moments that take away from the tension and sense of affected realism, such as overwrought, performative weeping from other teens. Both DeFreece and Sennott give quality performances in a somewhat talky, but brief sketch of a movie. Something about DeFreece's raspy voice and intricate emotional reactions is particularly compelling--she's one of the main reasons to see this picture. Although there are weighty themes of religion and autonomy hanging over the film, and its modesty is admirable, somehow it doesn't quite hit as hard in the way it seems calibrated to. **1/2

Posted by MrJeffery at 6:37 AM