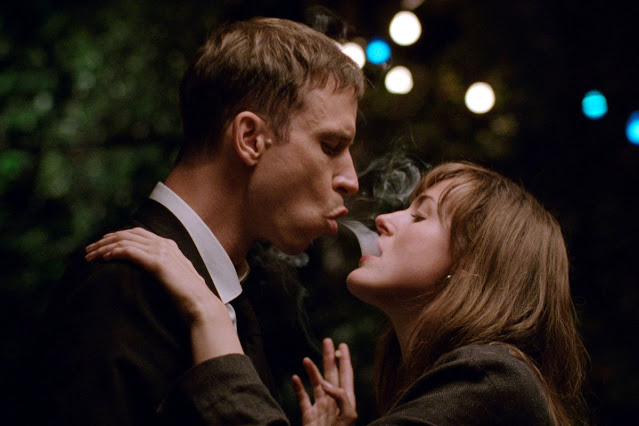 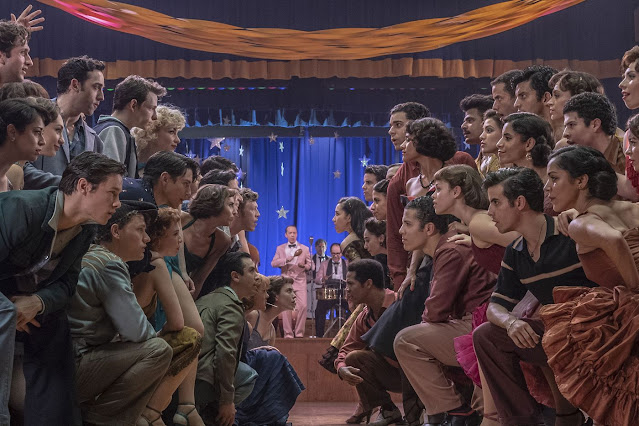 Steven Spielberg's bold and entertaining take on this enduring musical isn't perfect, particularly in its deviation from Jerome Robbins' classic, subversive ballet-choreography to something more primal and physical, but it remains an exciting statement, and the sparky ensemble cast, specifically Mike Faist, Ariana DeBose and sweet-voiced Rachel Zegler, infuse these characters with new life on the silver screen. Per usual with Spielberg, the crafts are dizzyingly top-notch, but Leonard Bernstein's absolutely gorgeous score and the late Stephen Sondheim's book, are powerfully evoked and orchestrated in this new version. In a different time, it may have been the big event movie of the winter, but with fears of a new, rampant COVID variant and the lopsided excitement for the next Spider Man installment, the movie didn't perform to its expectations. Still, was a simultaneously rousing and tragic watch that I can't wait to see again. 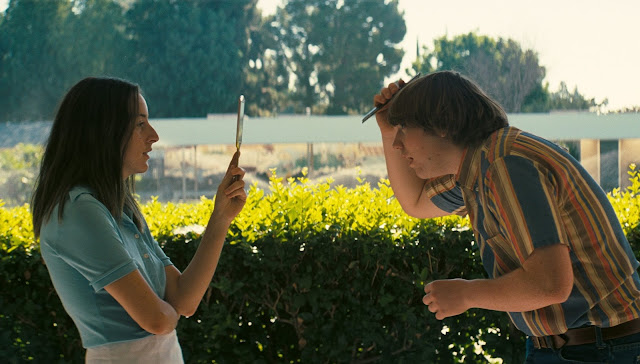 I took a solo trip on Thanksgiving evening to catch this on 70 mm in the East Village (my old stomping grounds). It's also here I first saw The Master, now ten (!) years old. Licorice Pizza was an enveloping experience. Paul Thomas Anderson's film is a successful visual and tactile journey back to the early 1970s, but it also rides primarily on the absolutely phenomenal performance by newcomer Alana Haim, who does everything here so naturally and with panache. There are also funny and biting bits by familiar faces, particularly Bradley Cooper and Harriet Sansom Harris. These supporting players' characters tend to be so unabashedly awful and so of their time; meanwhile, Haim and Cooper Hoffman's duo navigates their swirling, confusing affection for one another. 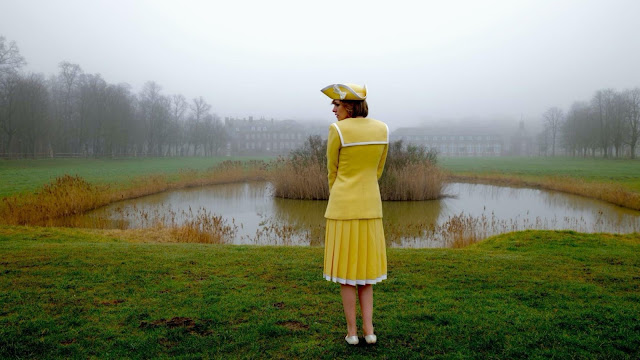 I've been kind of bummed to see the divisiveness that this film has conjured, but I really should not be surprised. It's a bleak outlook on Princess Diana's place within the royal family (and in our memories), and her dream-like, fantastical attempts to re-invoke her name and her past. It's also claustrophobic and repetitive in its chilliness (and very literal with everything), even though its all juxtaposed by sumptuous sets (still can't forget that teal-tiled bathroom!) and costumes. I also responded to the conflicts the film was having with itself: its seeming disgust with itself was fascinating to me. I was here too for Jonny Greenwood's vaulted, melodramatic score in all its variations. 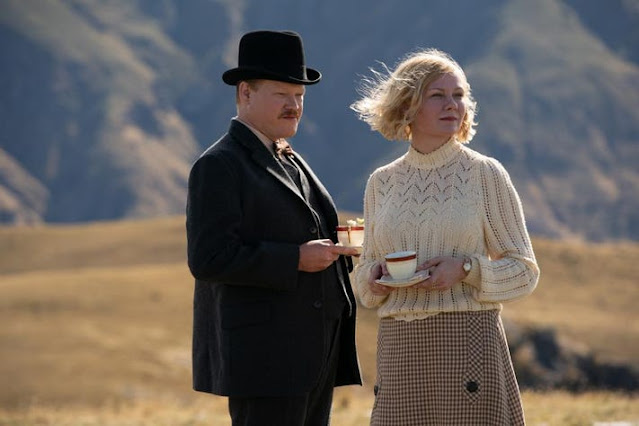 THE POWER OF THE DOG

While this film didn't hit with the emotional sweep it seems designed to, it's still a devilish, thorny yarn, brought to life by Jane Campion's beautiful direction. It doesn't really need to be said, but Campion is just a such great director--and here, her actors all shine (even Jesse Plemmons in the quietest role) and the visuals are stunning. 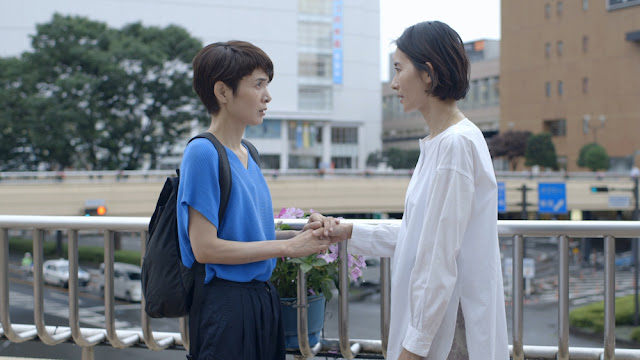 WHEEL OF FORTUNE AND FANTASY

Ryûsuke Hamaguchi has been beyond praised by critics for this year's rambling, wistful Drive My Car, but this film spoke to me much more deeply and viscerally. I found its tryptic of stories incredibly well-written both in dialogue and structure. The performances, too, by the enigmatic ensemble were a highlight. The third story in particular has an airy note of the absurd and the melancholy. A really fantastic film. 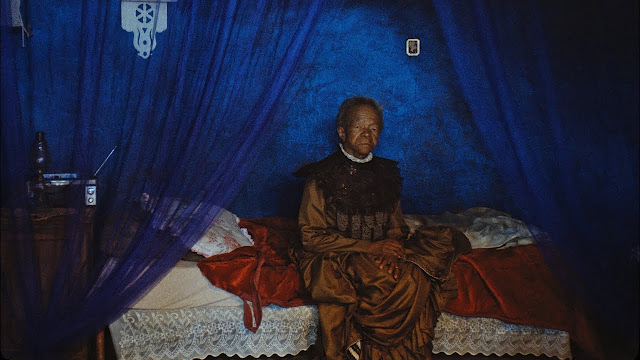 THIS IS NOT A BURIAL, IT'S A RESURRECTION

A truly unforgettable and disturbing film of people being moved to the margins until they cannot possibly exist any more. As many films in recent years, like the haunting Aquarius, the conflict of the promise of "progress" versus the soul is analyzed in a bracing way. Mary Twala, who passed away in 2020, is piercing, with a face that invokes so many stories. 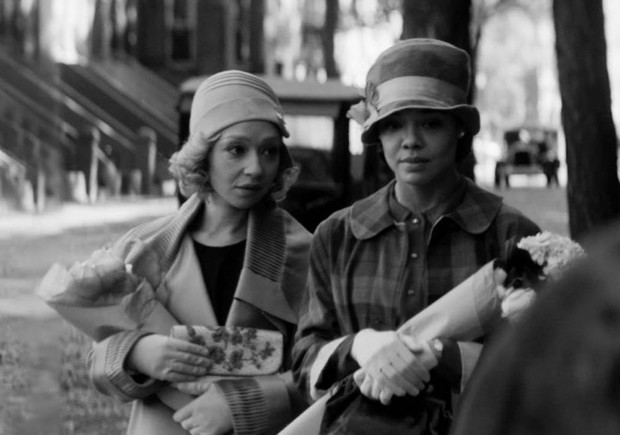 I have long been a fan of Nella Larsen's work, so it was exciting to see an artist as thoughtful and rigorously intelligent as Rebecca Hall adapting this for the screen. Between Tessa Thompson and a breathtakingly good Ruth Negga, this tale of two women in 1920s Harlem is a glorious achievement. And the film is shot exquisitely and symbolically, but not in a distractingly overstated way, in black & white by Eduard Grau. 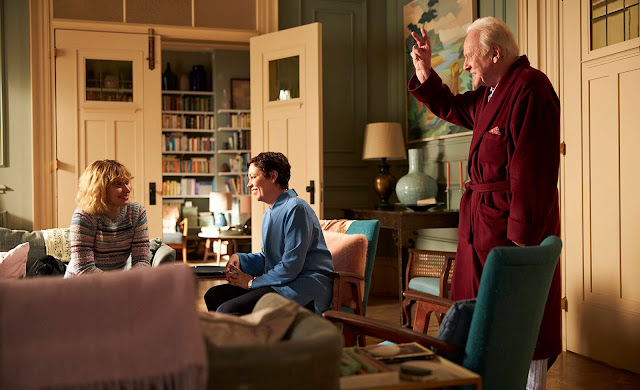 This is considered more of a 2020 film, but because of the pandemic, it really didn't reach a screen for me until the early months of 2021. I somehow thought it was going to be a pearly, sentimental tale of a daughter taking care of her father struggling with dementia, but it was anything but. It's almost like a gothic Polanski horror picture as it delves into the state of dementia first hand, our sense of place and time constantly subverted and twisted. A confident and stunning directorial debut from Florian Zeller, based upon his play. The Anthony Hopkins performance and moving finale is one for the ages. 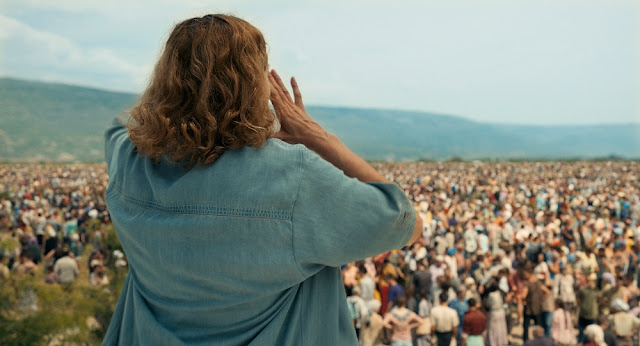 I'm realizing now that most of my list are pretty upsetting movies, or movies that deal with traumatic histories. But alas, we live in pretty traumatic times. Many of the greatest films of the year seemed to be able to capture the sensibility of now while also harnessing tragedies of the past. Tight and tense, Jasmila Zbanic's film plumbs the depths of the Srebrenica massacre through the lens of a translator. 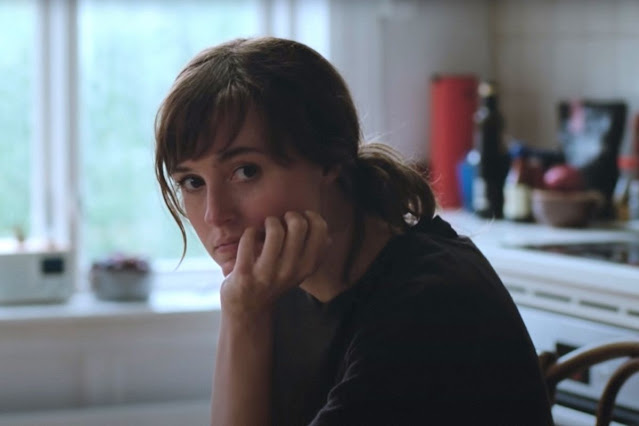 THE WORST PERSON IN THE WORLD

Sometimes one can't logically explain how a movie is great because it just slams you in such an emotional way. I was humming along nicely with Joachim Trier's film and all its perfect performances, bittersweetness and idiosyncrasies, and then by the end, I was sucker-punched--alive, buzzing, wired, and terribly sad all at the same time. Rarely does this happen, and I'm so excited it did.

Other notable / favorite films of the year (in the sort-of order of preference at the moment):

The Green Knight, Summer of Soul (…or, When the Revolution Could Not Be Televised), Mass, CODA, Rocks, Zola, The Tragedy of Macbeth, Two Gods, The Last Duel, Bad Luck Banging or Loony Porn, Flee, Bergman Island, Judas and the Black Messiah, Preparations to Be Together for an Unknown Period of Time, The Killing of Two Lovers, Azor, Procession, The Humans, Test Pattern, Tick, Tick… Boom!, Ascension, 7 Prisoners, A Hero, The Velvet Underground, Candyman, Prayers for the Stolen, The World to Come, Shiva Baby, There is No Evil, Wrath of Man, Two of Us, Pig, The Fever, The French Dispatch, Luzzu, The Hand of God,  The Lost Daughter, The Alpinist, Attica, Drive My Car, C’mon C’mon, Memoria, House of Gucci, The Salt of Tears, Who You Think I Am, Val, The United States vs. Billie Holiday, Copshop, Last Night in Soho, The Many Saints of Newark, Red Rocket, Nightmare Alley, The Night House

Posted by MrJeffery at 2:09 PM

Email ThisBlogThis!Share to TwitterShare to FacebookShare to Pinterest
Labels: licorice pizza, spencer, the power of the dog, the worst person in the world, West Side Story, wheel of fortune and fantasy