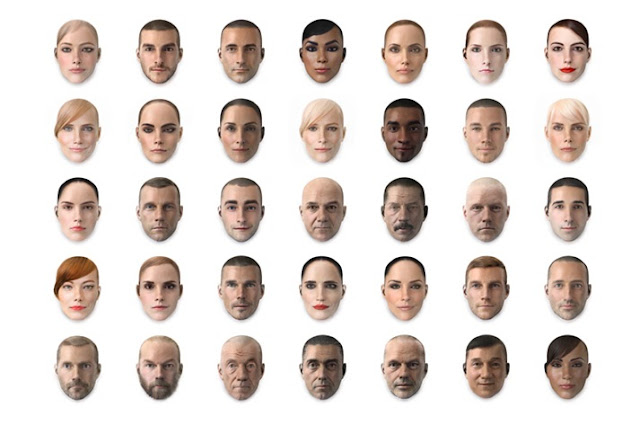 Murat Sayginer, the talented Turkish creator of The Flying Fish, which I reviewed last September, brings a sense of dizziness and calm in his short film, Familiar Strangers. Using "deepfake technology," (a notable effect in The Irishman) Sayginer gives us a rotating two-line assembly of two hundred-fifty four faces, all famous actors. Admittedly, I didn't recognize them as actors for the first few seconds of the near four minute short (you can visit Murat's insta for a closer look of the individuals). A pleasant, hazy blending of all the faces was the immediate effect it had on me, before noticing their specific features. Familiar Strangers is backed with Bach's Air on the G String, which adds to its timeless feel. As he did in The Flying Fish, Sayginer mixes classicism with new tech effectively and evocatively. ***

Posted by MrJeffery at 4:54 PM