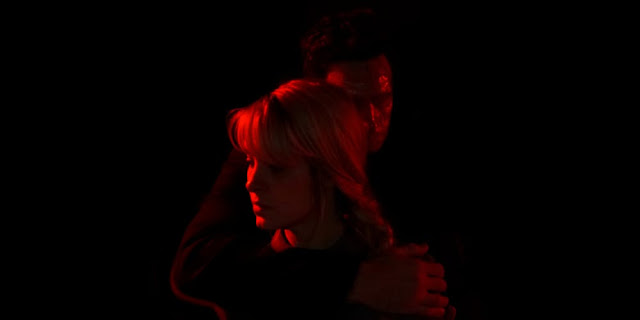 It's always enlivening to see filmmakers take on new approaches to genre, even if the results aren't entirely successful. Brea Grant (also the film's screenwriter) stars as May in Natasha Kermani's Lucky, where a violent masked stalker (Hunter C. Smith) repeatedly attacks May, breaking into her house. The time loop conceit in recent media like Russian Doll,  Happy Death Day and Palm Springs, has worn thin. Often these works think they are more clever than they actually are and one has to endure their purposefully irritating monotony. Comparably, Lucky is a more unremittingly sly and mysterious offering, even if not ultimately a particularly satisfying one. 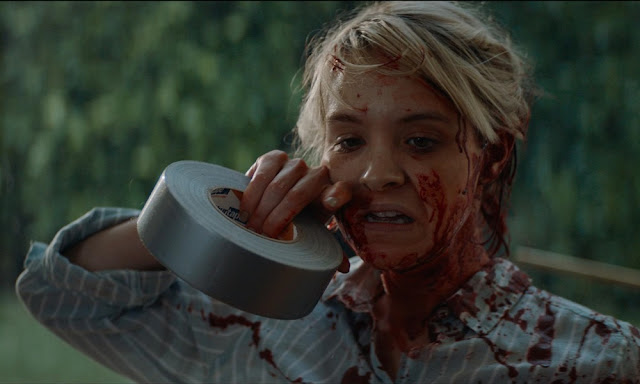 What Kermani and Grant are skewering is sometimes ambiguous in Lucky: is it the market-focused self-help books that one might find in the aisle of Target that the lead character writes (her new book, isn't doing well, and her career now feels tenuous)? One of the better crafted scenes of the movie, where May is at a loss for words at a book event, shows the inherent flimsiness of this type of advice writing when interacting with readers face-to-face. The film oozes with shades of blue--perhaps an oblique ridiculing of the gendered hue for baby boys; it's optically distracting sometimes (from clothing, to paint colors, to a pop of it in Dawn dish soap on the kitchen counter) and mismatching if it's in attempt to unite the film visually. Perhaps least compelling is the film's horror element, which quickly begins to wane thin as the film progresses, especially with its flat atmosphere. Those expecting a traditional scary movie from its promotional imagery will be premeditatively duped. As a movie about reversing the film trope of the woman being attacked by a creepy predatory man--the frustrations of dealing with law enforcement (both by men and women) and husbands (Ted, played by Dhruv Uday Singh, is maddeningly apathetic) in helping and taking women seriously--Lucky excels. Its title suggesting the trite pat on the back people give for a woman's mere survival. **

Posted by MrJeffery at 3:54 PM