the tale of king crab 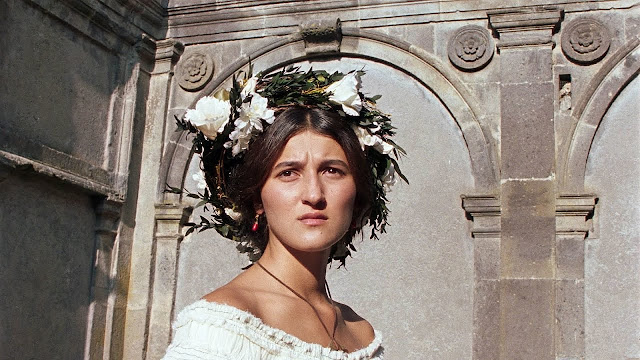 Sometimes there is propensity for filmmakers within a modern universe to harken back to the bare essentials of the natural world. In Alessio Rigo de Righi's and Matteo Zoppis' The Tale of King Crab, a pair of related folktales emerge, prefaced initially from the modern point-of-view of a group of non-actors regaling in a bar setting. This frame structure eventually dissipates and is ultimately dashed by the end. The filmmakers show storytelling persisting through the ages, and how an assembly of hearty, weathered-faced male hunters relate to and ruminate upon  certain masculine elements in the tropes of romance and western tales. 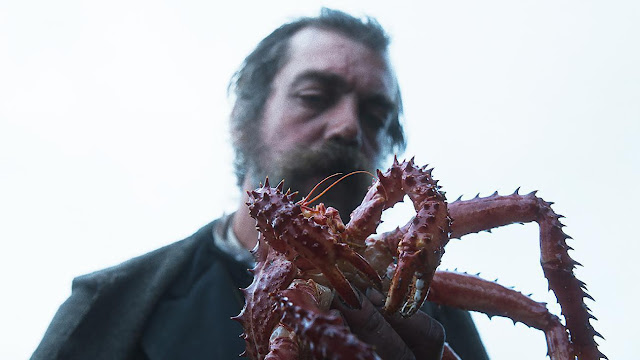 The first story follows drunken, bearded Luciano (Gabriele Silli) in the midst of major changes in his meager, lonesome existence. His usual path is obstructed by a gate through the design of a tyrannical prince. It's unclear whether the prince has done this purposefully to spite Luciano, but in addition to that, Luciano's affections for Emma (Maria Alexandra Lungu) are thwarted by the prince as well, and also Emma's father. This is very much Luciano against his world: a rural Italian village where he renders powerless--in his desires and sense of purpose. Eventually he destroys this existence and embarks on travels to remote South America, where he cuts away at his beard and renews himself, disguised as a priest, in a quest with a group of other men, for gold. Supposedly one is to "follow the crab" to find where this gold is hidden. This quest becomes like an every-man-for-himself western, with the score emitting Ennio Morricone-like percussive hits over gunfire and gray, stony terrain. 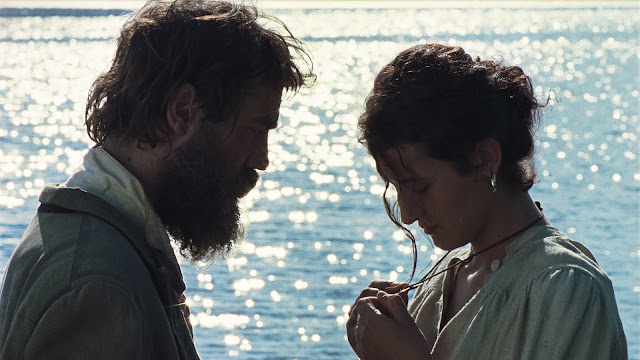 The stories are rather simplistic really, and the dull, laconic Luciano as the central figure makes them somewhat tedious, but they are emboldened visually by some truly beautiful shots (the sterling cinematography is by Simone D'Arcangelo), which makes exquisite use of streams of sunlight, hillsides, and bodies of water. The pinkish-red crab skittering about is also a bold (and cool!) image and symbol. To enhance these settings, there is--perhaps purposefully--an exaggerated sound mix of little details: flickering flames, gulps of wine and water, footsteps upon rocks. What comes through the film most effectively is a sun-glinting mirage of hope and the folly of men and their greed and tendencies towards destruction and violence. ***

Posted by MrJeffery at 6:42 AM