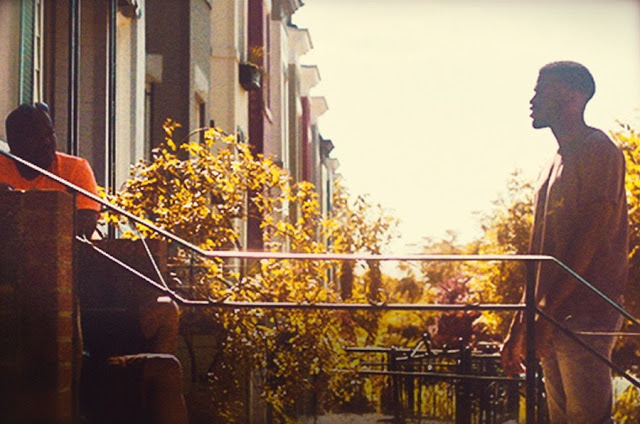 I was very moved and excited by Merawi Gerima's movie Residue as it was capturing moments and observations in a fresh, bracing way. It's in the company of other distinctive recent films like Joe Talbot's The Last Black Man in San Francisco and  Ephraim Asili's The Inheritance which try to reconnect with a past they are haunted by in the midst of violence of gentrification committed by white people against blacks. In Residue, a young screenwriter Jay (an excellent Obinna Nwachukwu), after years long-gone, travels back to his Q Street neighborhood in Washington D.C. Jay has plans in mind: he wants to work on a film and reunite with a childhood friend, Demetrius (Julian Selman). A summer feel is in the air--the sound of humming insects and heavy sunlight bending into dusk. This natural aura is irrevocable in this world. But quickly Jay is visibly and emotionally struck by the changes on the street: the on-going construction all-around, the hot pink notes on doors pleading for selling homes for cash, and whites milling about, looking at property, and complaining about the loud music from his car. Demetrius' home is now inhabited by a bearded white man who opens the door to Jay suspiciously. Jay is now a stranger in his old universe, even unrecognizable (and questioned if part of the police) at first glance to squinting elders on a stoop. 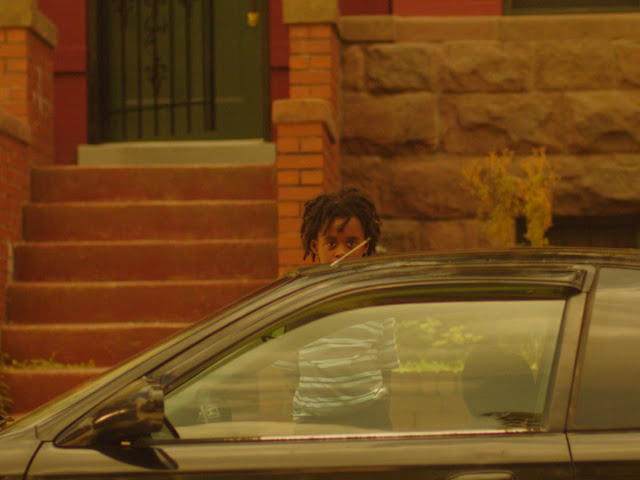 Captured by Mark Jeevaratnam's smoldering, fuzzed photography, Nwachukwu's attuned performance, and the quiet stitching of flits of conversation--often obnoxious and demeaning--of the white invaders, the pang of this new, changed universe of Jay's childhood, is raw and painful. The ramifications of gentrification have been part of many films (and also blissfully ignored), but Gerima's piece in particular doesn't soften blows, it's direct and angry, and plays on some potent visuals like the maroon blood of ghosts running through the grooves of sidewalk, up to the shiny brown-maroon leather platforms of mimosa-toasting brunch-goers, complaining about the stragglers of "old D.C." These visions of Jay are part of what make Residue a strong experience. The movie weaves between past and present, nightmares and waking hours. As a child, we see Jay (JaCari Dye), passing through strands of conversations about 2Pac's death. Whether or not Jay remembered this conversation, or if this is the older Jay projecting upon the past, or if this is filmmaker Jay creating a scene in his mind--is not clear. But the dreaminess of the film (those sparklers alight in fourth of July memories) shouldn't be mistaken for ambiguity--there is sharp and decisive clarity in Gerima's vision. In conjunction with the striking visuals and Gerima's excellent script are the Q Street characters--portrayed by an engaging ensemble--in past and present, who Jay interacts with, listening to and sharing conversation with. His visit isn't always warmly received, and at times, we sense a strain of longing, melancholy and guilt in Jay's moving away. His visit also sparks reminders of a past for those who have stayed, who are no longer a part of. In one scene, a show of photo slides has a winsome quality of what cannot be returned to, of possibility stunted by violence. Later this image of a face flickers within a devastated, rainy mourning of the present--a weeping character's face that the film can't bear to show. ***1/2

Posted by MrJeffery at 3:21 PM