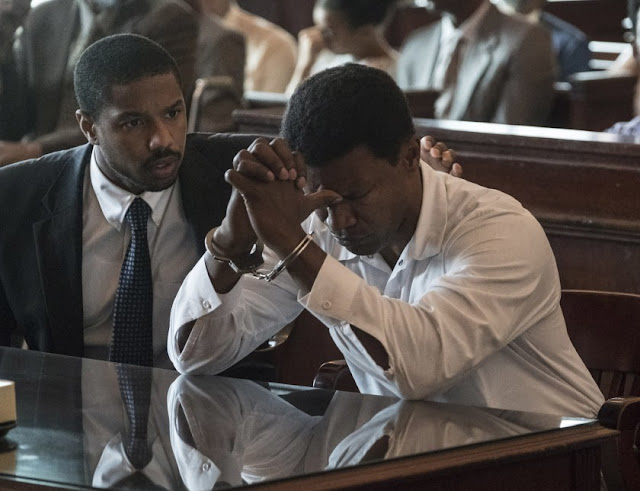 Despite having the cozy flatness of a mid-1990s film adaptation of John Grisham, Destin Daniel Cretton's Just Mercy ultimately emerges as a powerful polemic on racial injustice, incarceration, the flawed legal system, and the death penalty. Based upon Bryan Stevenson's acclaimed bestseller, Just Mercy hones in upon the story of Walter McMillian (Jamie Foxx) a tree removal business owner who is on death row for the murder of a young woman in Alabama. After graduating from Harvard, Stevenson (played with understated, sturdy conviction by Michael B. Jordan) travels to Montgomery to help defend men like McMillian, who had been wrongly imprisoned. Unlike past defense lawyers, Stevenson cares to and is able to instantly bond with McMillian's family. Its this bond that helps sustain Stevenson through the rough patches that thwart his causes and the fits and starts of pursuing McMillian's exoneration. It becomes apparent from the opening that the case against Walter is extremely flimsy, rooted in racial bias and coercion. This is a town that flaunts its surface-level historical pride of "non-threatening" strides in civil rights--like being the birthplace of Harper Lee's To Kill a Mockingbird--in order to mask its ongoing inequity. 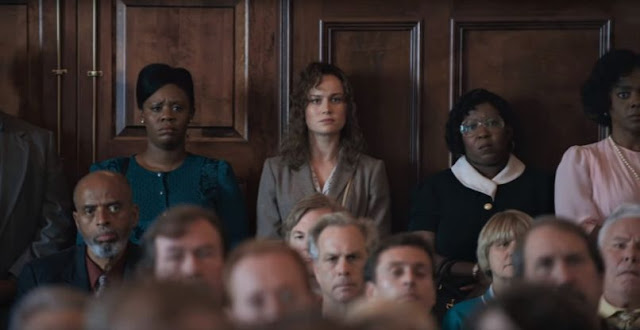 As he did in his piercing breakthrough Short Term 12, Cretton is able to bring out a wide array of strong performances from an eclectic cast. Many of the players from Short Term 12 were barely known at the time, and are now strong presences in the industry: Brie Larson, who also figures well in Mercy as Bryan's co-hort Eva Ansley in organizing the Equal Justice League, LaKeith Stanfield, Rami Malek and Kaitlyn Dever. I like the way Cretton's casts are unusual, as if you wouldn't normally fit them together in a film, and yet they work so symbiotically. In Just Mercy, the casting by Carmen Cuba and Cretton's direction of the actors, help emphasize the social impact of the picture. Tim Blake Nelson, Rafe Spall, Darrell Britt-Gibson, O'Shea Jackson Jr., and Rob Morgan are among the excellent supporting players. 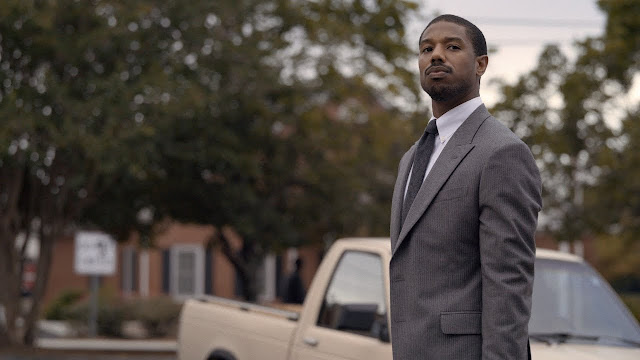 Because they are so familiar and sometimes limited in what they can do, courtroom drama movies can be inert and underwhelming. Despite its engaging  cast, Just Mercy is very plainly told, with a grainy filmic quality, and the turns it takes are never too surprising. However, it probably helps that Stevenson's real experiences and his on-going work with the Equal Justice Initiative--seen here in the movie in its first stages of being established with underdog grit (just finding an office to set-up in was a barrier; soon after the events of this story), shapes its urgency and impact. ***