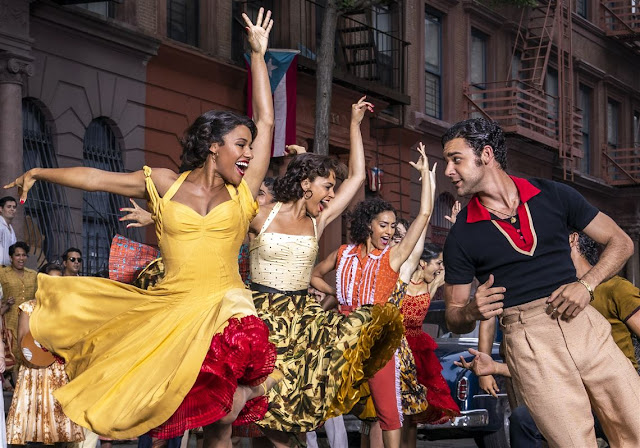 A few weeks ago I saw the comeback of the gender-swapped revival Company on Broadway after being shut down due to COVID-19. Amongst the party hats and murmurs, much to the delight of the audience, the frail-looking, but vibrant Stephen Sondheim himself was escorted to his seat a few rows ahead of me, and given a rousing standing ovation. The return to Broadway was a visibly emotional one for the cast as the curtain rose over the masked crowd. Only several days after that electric show, Sondheim would pass away at the age of 91. 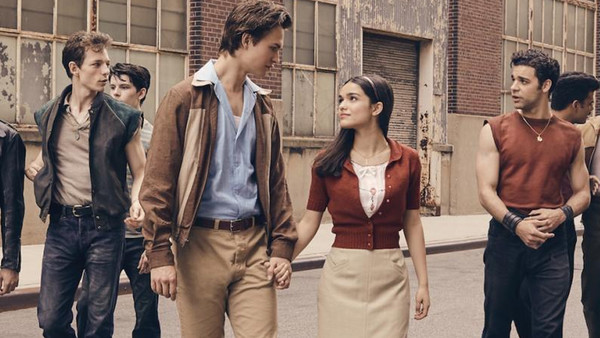 The rapturous feeling a hearty musical can inspire with a large audience still is so needed, and yet the ability and desire to come together is still so fractured, and in repair. That's why it still feels like we are in a period of transition for such a grand musical like Steven Spielberg's cinematic revival of West Side Story to land in wide release, as older audiences in America, young when the original 1961 Robert Wise film came out, are reluctant to go back to the theaters. 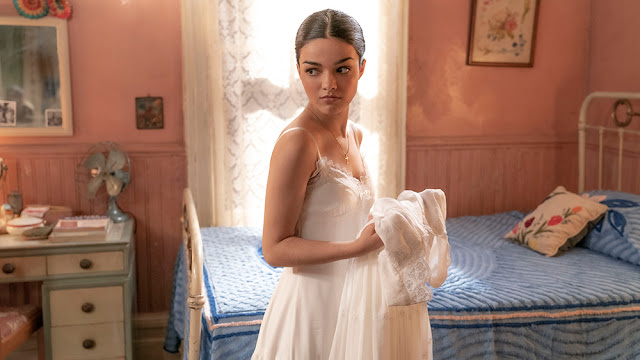 There have been few musical marriages as kismet as the duo of Sondheim and Leonard Bernstein. Sondheim's soulful, occasionally witty lyrics (on the blazing  "America" and "Gee Officer Krupke!" in particular) interlaced with Bernstein's emotional, resplendent music of rhythmic and slip-sliding harmonies, has made the sound of West Side Story distinctive from any other musical. Bernstein's music is intricate and gorgeously-wrought, every single number indelible. It's a brassy, un-mistakable American score of hope, skyscrapers and steel, with dramatically mournful undertones. The music alone makes West Side Story a difficult musical to really flub, but its Romeo and Juliet timelessness and dueling gangs, also allows for modern interpretations and choices that could make or break the piece. 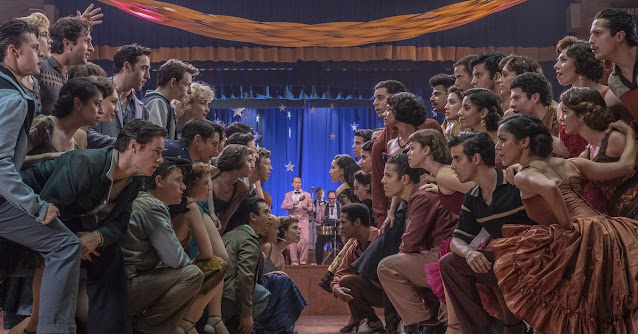 Luckily Steven Spielberg's affectionate and splashy retelling stands on its own. One could compare and contrast all the differences between Wise's version and this one, but it feels a fruitless exercise to do so, as both feel vital for their own reasons. I will take an exception: I missed Jerome Robbins' original choreography, which feels more nightmarish, ballet-like and light-to-the-touch; the fiery garage-set "Cool" (which inspired the iconic music videos of Michael Jackson's "Beat It" and "Bad") of dancers breaking into impossible-looking moves, hurtling towards the viewer in wide-screen with finger snaps and hunched jumps. Spielberg, a director known on paper for both his smoothly edited action scenes of awe and sentimentality, combines these elements throughout this adaptation with his crew and alongside the choreography of Justin Peck. 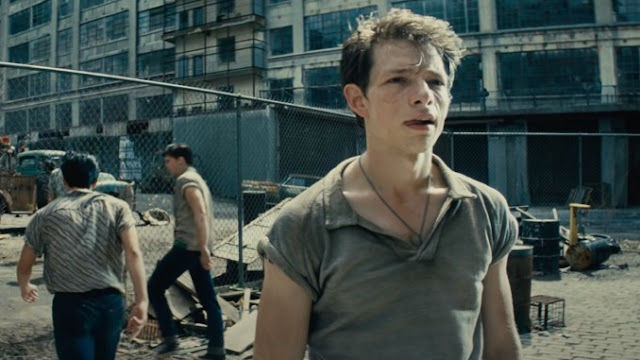 The film is staged in the interim between the teardown of neighborhoods and the construction of Lincoln Center in its place; as he did in Ready Player One, Spielberg conjures the massiveness of urban isolation and displacement with the aid of production design and visual effects. Throughout the film, we see people peering out of windows--and the marginalized, both in the forefront (for the Sharks) and on the perimeter, of soaring numbers and dance sequences. While these broad gestures could be termed obvious, they also have sinking and menacing cues of people being visually pushed out--immigrants trying to stake a claim in a place that finds them unwelcome except for subservient labor. This is another instance in American cinema where there is the dissonance between a big budget Hollywood product and the film's own pessimistic portrayal of Capitalism.

This broken setting makes the strife between the white Jets and the Puerto Rican Sharks, a tense and messy one, especially when the film moves into its powerful, shadowy final act. The adult world, especially its shambling law enforcement, is unable to heal the strife they are all complicit in creating. One exception is sympathetic and empathetic shopkeeper Valentina (Rita Moreno, Anita from the original film, in a moving performance and a wistful stroke of genius casting), who having been married to a white man, has been part of the Jets' lives since their childhoods, especially protagonist Tony (Ansel Elgort). This shopkeeper role is revitalized in this version, especially with Moreno's affecting portrayal. Still, as the two young lovers from different worlds, Tony and Maria (the angelic-voiced Rachel Zegler, in an impactful screen debut) dash off to make love, duet on fire escapes and behind bleachers, the discord between the gangs continues to enflame.

West Side Story has inherently always been more from the white perspective--gang leader Riff (Mike Faist) and cohorts, including the misfit Anybodys (a memorable Iris Menas), are more textured characters compared to ringleader Bernardo (David Alvarez) and his Sharks; one exception that emerges in this version is Chino (Josh Andrés Rivera), who is given a richer presence that I've ever seen before, including a complex, believable arc. Much of the forward-moving action and early songs are driven by Tony and the Jets. However, it remains true that the most compelling character in West Side Story is Anita. With a committed fierceness, Ariana DeBose sails through this role with joyful, effortless-looking dancing and acting, melding her wide-eyed zestfulness with the grout of pain and tragedy. While clearly the cast standout, she doesn't annihilate her peers. In a "A Boy Like That," she lashes out until her and Zegler come to an incredibly moving plane of unity. 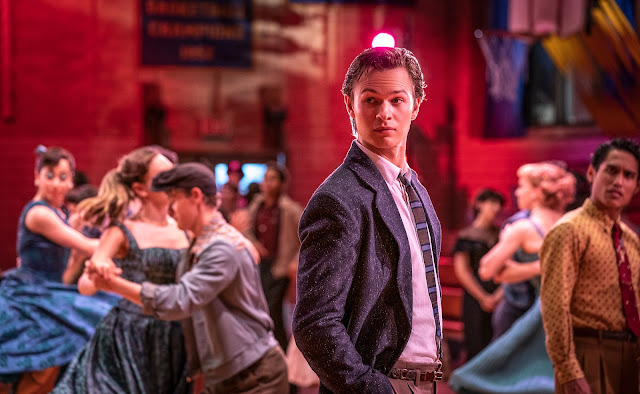 In re-creating this late 50s New York, Spielberg's team of wizards--including Tony Kushner and his thoughtful script (as many have mentioned already--the addition of speaking in Spanish, without subtitles, is a very welcome one), pitches the musical in stirring set pieces. In the buoyant "I Feel Pretty," wedged within the story's most violent moments, the unknowing Maria takes a break from her after-hours cleaning job among her friends in a high-end department store, frolicking amongst bone-white mannequins, and swiping a silk scarf from a rack. In "Gee Officer Krupke!" the Jets are confined in a police station, twirling--with papers thrown and spun in midair--highlighting their uselessness in the face of larger social disarray. It's these kind of ironic dance scenes that make me eager to return to the film again, especially knowing how masterfully done the inevitable tragedies of the latter half are--what the film, and all its strands of characters are zooming towards. ***1/2

Posted by MrJeffery at 3:30 PM