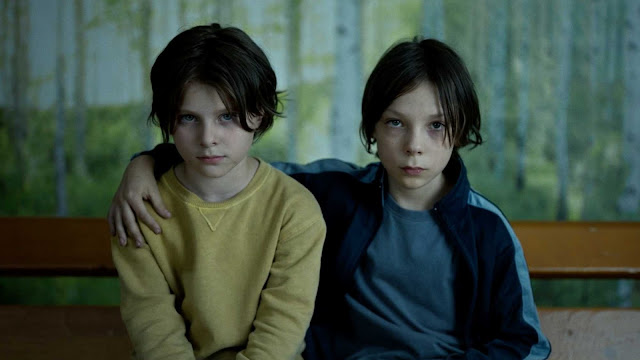 Cruelty begets cruelty and violence begets violence in Belgian Writer / Director Laura Wandel's taut Playground. At a mere 72 minute runtime, this stringently directed and edited (by Nicolas Rumpl) movie is a quietly intense experience. Effectively filmed throughout at a low angle by its cinematographer Frédéric Noirhomme, Playground stays unnervingly tight to the height of the adolescent perspective and within the confines of the film's gated setting. The camera trickery could be seen as a gimmick--(reminiscent, in a very different vein, of the fever dreamy Muppet Babies) with adults seeming large and foreboding--viewing them from the perspective of their lower half rather than their top half, unless they sit side by side with a child or crouch down to their level, but the photography works extremely well in this format, especially when the story is imbued with the realism of its dialogue and performances. 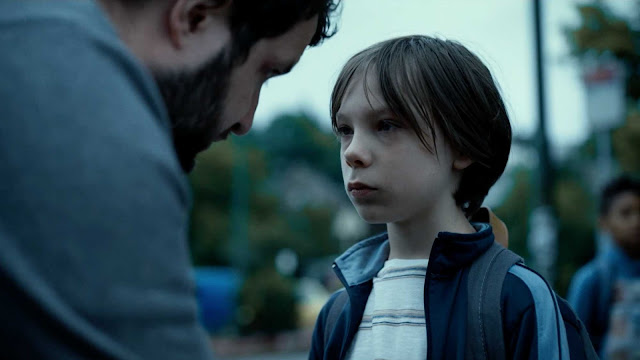 The effective, stomach-churning opening shot of Nora (a very good and haunting Maya Vanderbeque), with tousled, short-cut hair and a teary, gray-eyed expression as she clings to her father (Karim Leklou) before the day starts, is a harbinger of all of what's to come. Young Nora, shy and withdrawn, becomes increasingly worried after witnessing her brother Abel (Günter Duret) repeatedly being bullied and harassed by kids at their school. Nora's own experience isn't exactly a warm, cheery one: the school--a place of drab colors, terse faculty and uneven supervision. The classmates, too, can be cruel as well. Her friendships are somewhat frayed--the nature of them changing day to day (one's life purpose hinging on whether or not you're invited to the birthday) as they converse in the stifling-feeling cafeteria or play upon the "sand pit," where they conjecture the bodies of children are buried. When a cruel remark is tossed out, often we don't see the face of the character making the statement, which makes it all the more rattlingly piercing; often, Nora isn't directly looking at bullies in the eye, but internalizing all the toxicity, eyes cast downward. For those who had difficulties in childhood socialization, this can be acutely triggering. 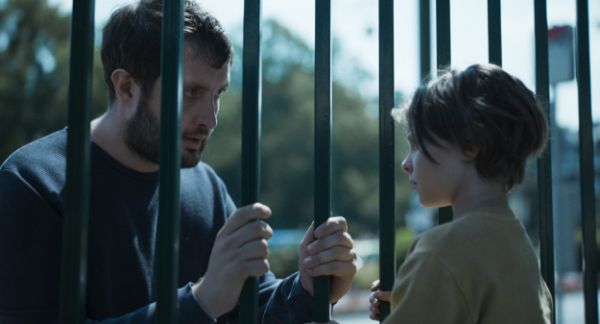 Wandel's simple narrative becomes more complex as it explores and questions the ethical experiences of the witness. Also, we see how the nature of bottling up pain, for both boys and girls, for both children and adults (namely the father), and how that pain can manifest. Viewing as an adult, one ruminates on all the aspects this school mirrors certain behaviors of adulthood, and also, frustratingly, the ways in which adults could be better at what they are doing in the movie. It can be a dispiriting experience, as the watery-lit claustrophobia of Nora's world, has such little moments of joy or self efficacy. But Wandel's adroit, literally small-scale venture is like a Petri dish reckoning of societal ills. ***

Posted by MrJeffery at 1:58 PM