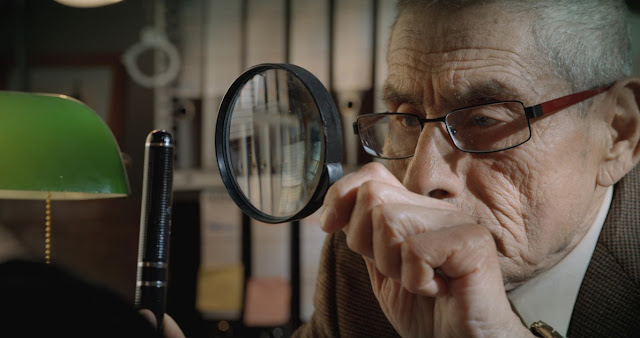 Maite Alberdi's Chilean film The Mole Agent is a curious one. It's a movie that feels fuzzy in its delineation between documentary and fiction. It's also a movie that feels fuzzy in its ethics, while completely benign in its intentions. The mild-mannered and debonair 83-year old widower Sergio (Sergio Chamy), gray-haired in sharp, well-tailored clothes and gray canvas slip-ons, is hired by a gruff private investigator Romulo (Romulo Aitken). Sergio's mission: to infiltrate himself into a nursing home to report back and record its supposed poor conditions. 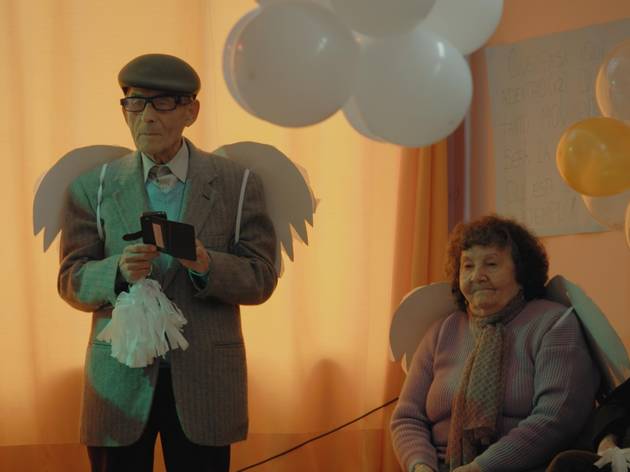 This stunt-like intrigue set-up is one of the more artificial parts of the doc. There's a lot of easy, jokey play with old people and techs (using iPhones and spy cameras on thick-framed glasses) in the beginning and sprinkled throughout. Predictably (and thankfully), the tech that Sergio is forced to use and aspects of recording "proof" ends up being pretty much useless as the film wears on. 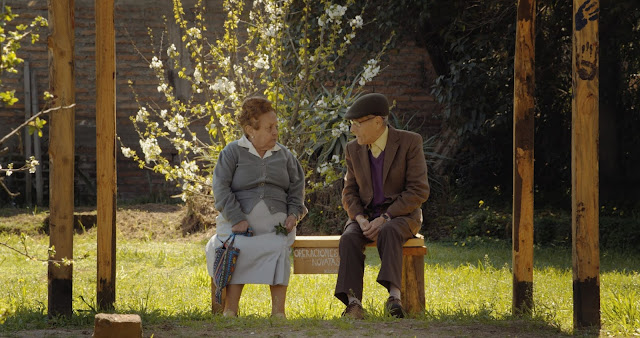 More vital, and similarly where the film gains its strength and momentum, are the relationships Sergio begins to forge within this new environment. He is seen as a "gentleman," as gracious and a good listener, and attracts some of the women in the home, especially the memorable Berta (Berta Ureta) who fancies him and his company. She asks for him to accompany him on her short walks to the bank, one of her few moments of outside intimacy, with hopes of establishing a deeper bond. She even imagines a wedding at the home--for her, what would be one of the most exciting things to happen there ever. While the most compelling parts of film, Berta's yearning for Sergio can be a bit hard to watch, and it made me question the doc's boundaries between examination and exploitation. Yet, Berta emerges as a figure of strength, humor and independence. Sergio's good-natured attitude and compassion for her, poignant. 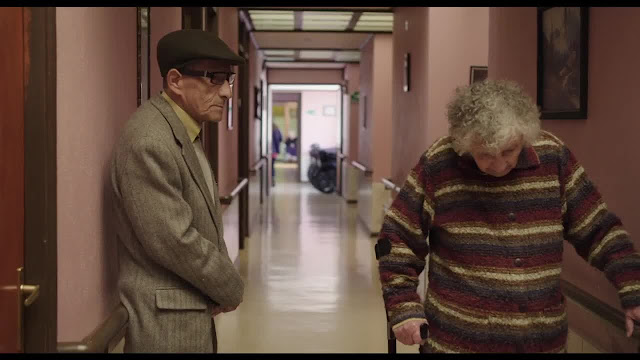 Where The Mole Agent lands isn't too surprising, but in an era of harsh and necessary docs revealing the extremities of human existence and injustice, there's a certain relief in that the worst folly of the home is that un-pinnable, that un-data-specific sense of pervasive loneliness. Overall, through parties, the individual quirks and mishaps of the elders, and the banal everyday (the film was whittled down by Alberdi and editor Carolina Siraqyan from hours and hours of footage to a tight 84 minutes), The Mole Agent ultimately eschews its initial cutesiness and makes a strong case for relationships and listening to and caring for an age group left to the margins of society.  ***

Posted by MrJeffery at 5:50 PM