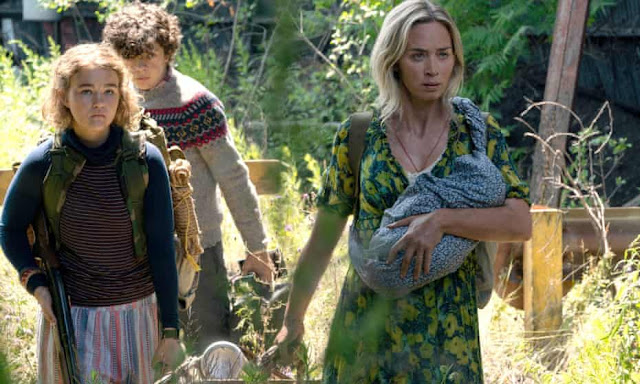 It's been admirable to see Director / Writer / Actor John Krasinski earnestly hustle promoting his new film, A Quiet Place Part II, including trying to get audiences to see it in a theater in the wake of the ongoing COVID crisis. It's only fitting to see this kind of scrappy promotion for sequel to a studio horror film that grew rather organically in early 2018 and remained surprisingly relevant throughout the year, nabbing an Oscar nomination for Sound Editing and Emily Blunt a SAG Award win for Supporting Actress.

Krasinski's film opens impressively with a crisp, summery Spielbergian intro: a baseball game and alien monsters suddenly descending upon small town Americana. There's a kinetic, bravura action sequence (much of it glimpsed in its effective trailer). Here we are re-introduced to the family we spent time with in the predecessor, with Blunt and Krasinski as Evelyn and Lee Abbott and their two children Regan (Millicent Simmonds) and Marcus (Noah Jupe). The family are the few visible survivors in the invasion of the toothy, skittery-fast, leggy, sound-sensitive monsters' wrath. The movie follows the events before and after the first film with a new baby in tow to take care of, cradled in a box with intermittent bursts of oxygen. In perhaps a nod to another apocalyptic cinematic tale, Danny Boyle's 28 Years Later, Cillian Murphy figures as another survivalist, an acquaintance of the Abbotts, who may harbor an agenda of his own. 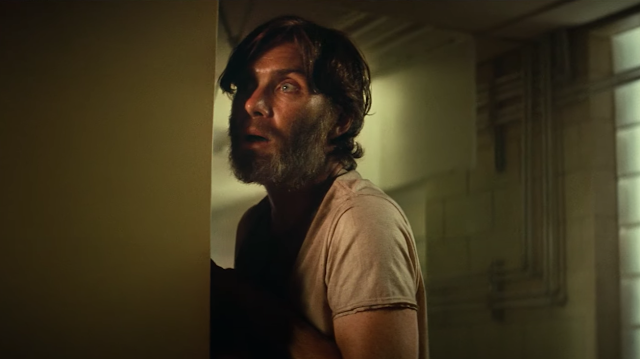 The technicals, especially the special effects, sound design, and photography (by Polly Morgan), are strong in this worthy sequel. A centerpiece set: a weedy abandoned factory with a steely underground soundproof furnace, is well-wrought. The cast too, is very good, with Simmonds once again the standout. I was impressed with the structure of Krasinski's storytelling--there's a well-directed twinning of two separate yarns that works quite effectively in the final act. And yet, I felt somewhat distant to this one. Is it because watching the first one--sitting in long moments of silence in a mainstream theater--was such a fresh, thrilling surprise? Despite my lack of connection with the movie and my lesser engagement with it than the original, I still recognize it as sturdy popcorn escapism and of skilled technical craft. **1/2

Posted by MrJeffery at 2:10 PM