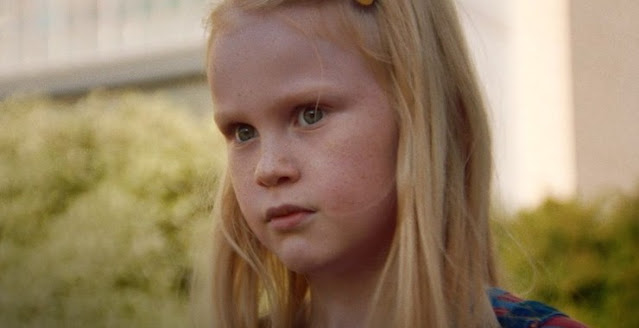 Norwegian Writer / Director Eskil Vogt's tale of a group of children living in an apartment complex who possess special powers is a harsh and grim film to watch. It's a forbidding antithesis to any dashing, magical yarns of young wand-wavers and superheroes. It's more akin to the psychological terrors of Stephen King. After watching the recent watchable but wan remake of Firestarter--one of the most famous horror depictions of a child with destructive powers--I went to King's book for a more complex rendering. The book is able to distill the inner turmoil and interiority of its tormented lead characters, with looming themes of addiction and government paranoia. A testament to Vogt's effective direction and the marvelous work of its young actors, The Innocents is an unsettling spellbinder that scratches at that novelistic sense of interiority that films can rarely get at.

Young Ida (Rakel Lenora Fløttum) moves with her autistic sister Anna (Alva Brynsmo Ramstad, particularly good in a film debut) to an apartment complex (reminiscent in outwardly appearance to the bland European complex in French film Gagarine). There, they meet Ben (Sam Ashraf) and Aisha (Mina Yasmin Bremseth Asheim), and strike up a playmate group. They also discover that they have a powerful sense of sorcery and psychic communication. Ben, in particular, uses his abilities most evilly. The set-up of the film shows the dark stakes with an array of ways how cruel children can be--from pinching a sibling to crushing a worm to, most horrifically, killing a cat (those sensitive to animal deaths will find this particularly wrenching). Later Ben's antics become increasingly devastating while Aisha and Anna start to forge a positive and protective bond. Ida, the complicated protagonist of the film, falls somewhere in between their worlds. 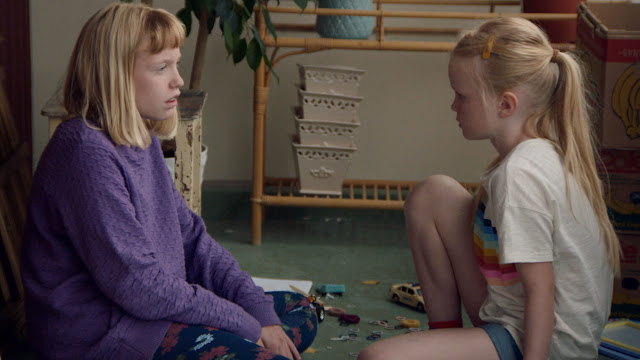 Vogt's movie effectively and viscerally ratchets up continuous tension. Sturla Brandth Grøvlen's (Another Round, Rams, Victoria) photography makes use of squeamish close-ups and Jens Christian Fodstad's adroit editing create chilling experiences. While the performances and crafts are all powerful, there is a lingering feeling of what's beyond all of this exasperation? Not that a film has to have purpose with a capital P nor does it have to be purely entertainment, but despite Ida's journey, the experience in retrospect feels almost too smothering. ***
-Jeffery Berg
Posted by MrJeffery at 5:47 AM