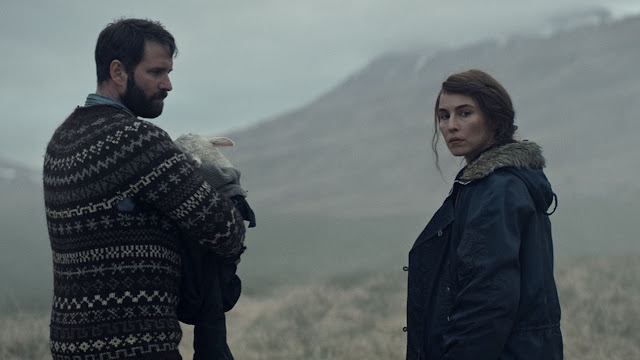 A24 has reliably been releasing twisty, leisurely-paced horror pictures over the past several years (The Witch, Hereditary, and Midsommar most notably). Even films like The Lighthouse and Krisha oscillate between horror and drama--The Lighthouse, a dread-filled, grueling black & white gothic tale; Krisha, a dread-filled, grueling domestic drama. With Valdimar Jóhannsson's laconic Icelandic film Lamb, the studio missed the mark (or maybe not, financially speaking), by marketing it as horror (and also revealing its few, but potent, visual surprises in its trailer), when really the film plays out most of its running time in a gentle manner with a hollowed-out sadness at its core. 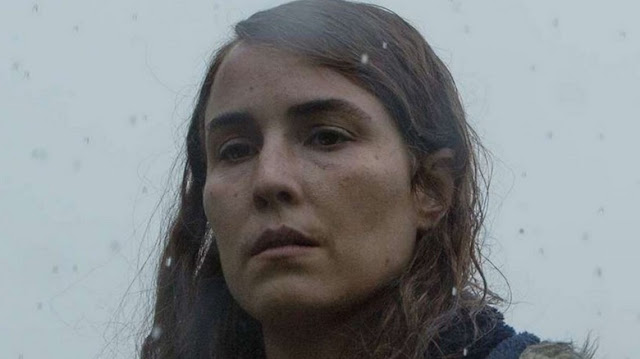 The film follows a couple, María (Swedish actress Noomi Rapace, of Girl and the Dragon Tattoo fame) and rugged Ingvar (Hilmir Snær Guðnason), who live as farmers in a picturesque, remote landscape. With rustic realism, Jóhannsson focuses on their day-to-day tasks tending to sheep, border collie in tow. The scenery and the lovely cinematography by Eli Arenson (a very promising talent) is pleasing to behold as we watch this couple's relative isolation. This delicate existence is rattled slowly but surely by two pivotal events of the picture: the birth of a lamb / human hybrid (a slightly unnerving, impressive special effect) and the sudden return of a relative, Ingvar's brother Pétur (Björn Hlynur Haraldsson). 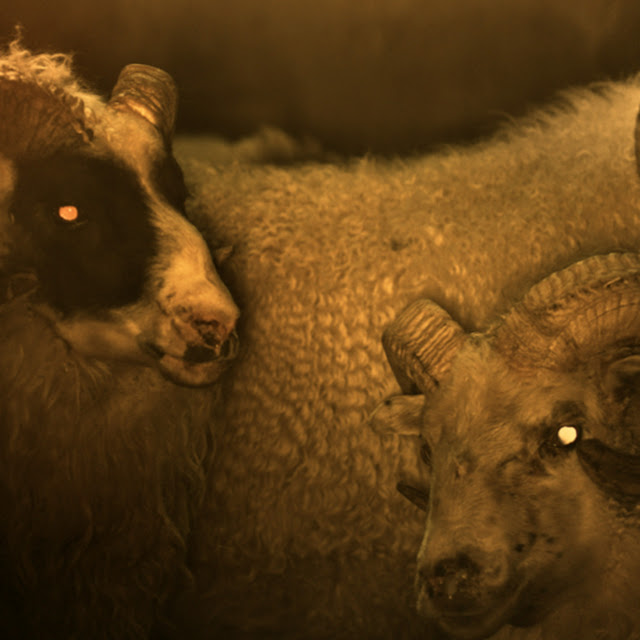 Jóhannsson's film has elements of an ancient folktale even as bits of modernity seep in (a Land Rover, a VHS tape showing off an old, silly Europop music video of Pétur's--a needed respite in the somewhat mild proceedings). Interestingly, there isn't much fuss displayed by the characters onscreen about the lamb / hybrid within the story as there probably is by its gawking audience. Once the initial shock has passed, Lamb is a fairly docile yarn. The moments of violence are pitched mostly within the tensions between humans and animals. The assertion of human dominance over animals has its predictably dire consequences. In an era saturated with stories and media, some may find the delicate web of Lamb refreshing, or completely ineffectual, I found it dancing somewhere in between. ***

Posted by MrJeffery at 7:51 PM