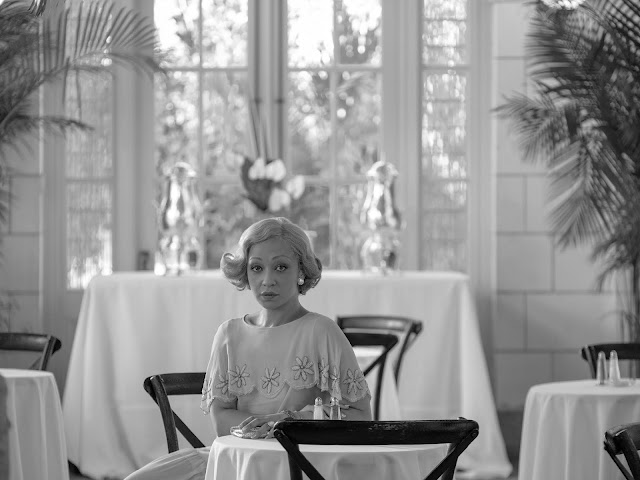 Rebecca Hall has been giving us many nuanced, varied portrayals throughout her career. She has been on Broadway in the spectral staging of the 1920 play Machinal and most notably, with numerous screen turns in Please Give, Vicky Cristina Barcelona, Christine (a devastating performance and my personal Best Actress winner that year), and this year's uneven but intriguing horror film The Night House. For an actress that seems so thoughtful, so committed to her craft, and one who has shared her artistic obsessions and influences in interviews, it's exciting to see her debut as a director of a film as sublime as her adaptation of Nella Larsen's slim, but powerful, 1929 novel Passing. 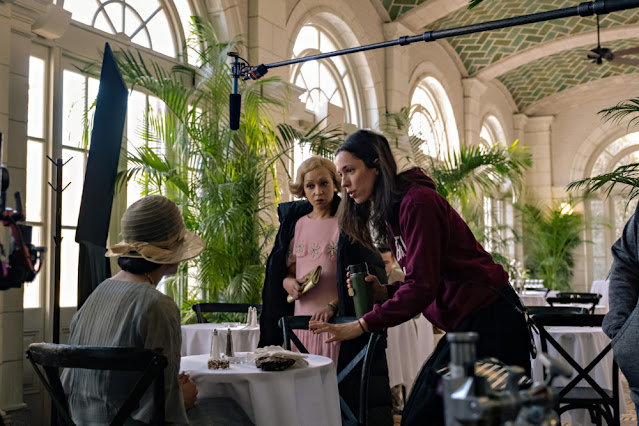 "Liminal space" can be an overused phrase in conversations about art, but Passing evokes exactly that in both its subject matter and form. The film opens in a muddled state: instinct sounds (trains, clacking shoes on pavement and voices--trailed off conversations)--with a blurry, white-gray screen. Two white women discuss getting a doll for their niece and joke about a "pickaninny" one. After dropping it to the floor, Irene (Tessa Thompson), dressed in silky white with white heels, a braided metallic necklace, the brim of her hat pulled down to shield her dark eyes, hands it to them. "What a nice lady," one of them says. This introduction of Irene is ghostly; a woman, who is visibly in stifling discomfort, not only in the summer heat, but as a black woman, in a white part of New York City. Finding refuge in a cool hotel green room, she checks her face, dabs powder to her cheek. 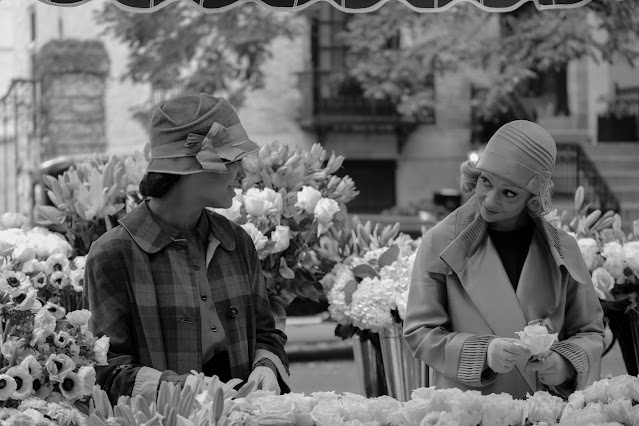 And then, in one of the most evocative film introductions of a character I can think of in recent memory, Irene sees Clare (Ruth Negga) at a table across from her--a frozen gaze. Clare is passing as a white woman, married to a white man, John Bellew (Alexander Skarsgård), visiting from Chicago with plans to move to the city. Soon, through the subtle passages of time that the film invokes, Clare sends a letter to Irene ("Reenie"), and ultimately the two meet again, this time at Irene's home in Harlem where she lives comfortably, married to a doctor, Brian Redfield (André Holland) with their two sons. Irene is protective of her sons, wanting to shield them from talk of sex, and more gravely, from the violence enacted against black men across the country--the stories seeping through the newspapers Brian reads aloud. 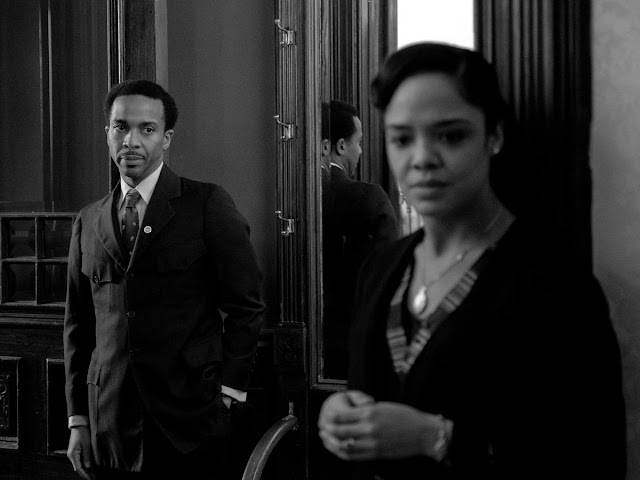 Irene is rightly afraid of the world outside of Harlem. Hall and cinematographer Eduard Grau paints Irene's home as warm--darkly lit with soft lamplight--and beautifully and thoughtfully decorated. As an interesting layer, Irene also has a black maid, Zulena (Ashley Ware Jenkins)--"Everyone needs help," Irene says to Clare, "it's normal." There is a simmer of tension between her and Zulena--an unarticulated difference. Also lit similarly are the party scenes--a joyful aspect of the Harlem Renaissance that draws whites as well, such as a famed novelist (Bill Camp). Clare behaves as if she wants to drink all of this up, live this life she's not  living or has been living. "It's my dream to come back," she tells Irene. And soon Clare seems to be getting closer and closer to Brian as well. There is even a glimmer of sexual attraction between herself and Irene. The existence and also the marriage that Irene has so painstakingly woven is shaken. Of course the actors, and Hall, present all of this in the most subtle fashion--attuned to the interiority, the richness and opaqueness of Larsen's book. 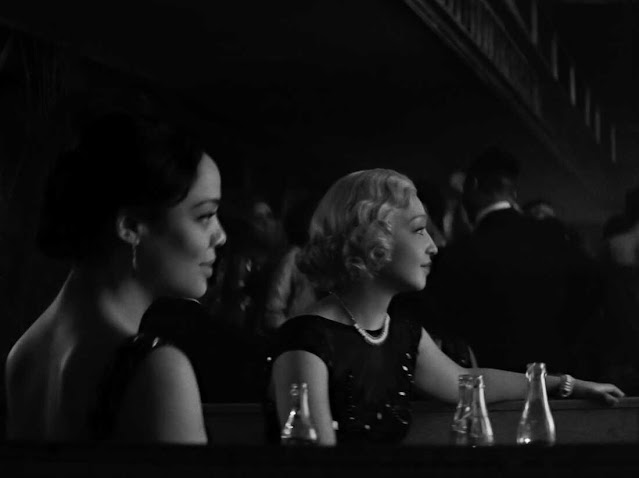 A bold and delicate story still ninety-two years later, Hall's film is a moves through seasons without calling to much attention to itself in its transitions. This slippage of time is exquisitely wound and akin to modernist literature of Larsen's era, yet may alienate some viewers. The editing by Sabine Hoffman evokes the wavering rhythms of this tale, the "liminal spaces" of this movie as craft. 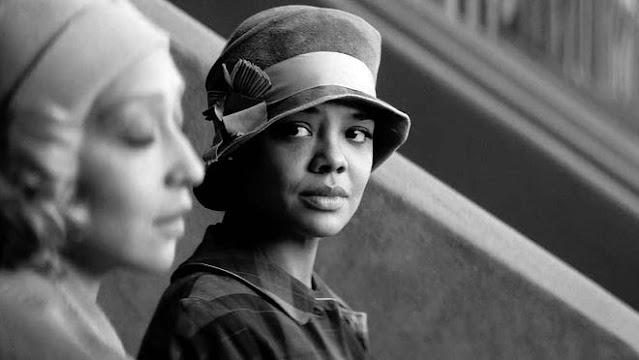 There is almost too much to praise about Thompson and Negga here. I was surprised by Thompson in particular. I view her as a very strong contemporary actress, but her transition to such a styled and contained period piece is pulsating. It's such a vivid turn, and I felt almost every beat of her journey throughout the picture. For Negga, nothing quite kicks as much as the shocks of her opening scenes, but she ultimately gives an affecting, searing portrayal. 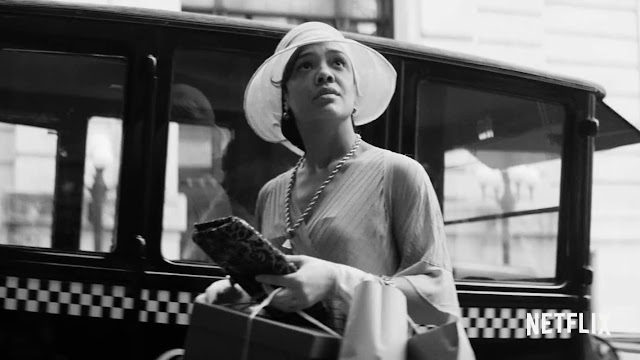 Devonté Hynes (of Blood Orange), who composed a particularly good film score for Gia Coppola's Palo Alto, creates an ethereal pastiche of jazz and a gossamer piano riff. The balances between quiet, conversation, and Hynes' score is part of Passing's effective sonic landscape. 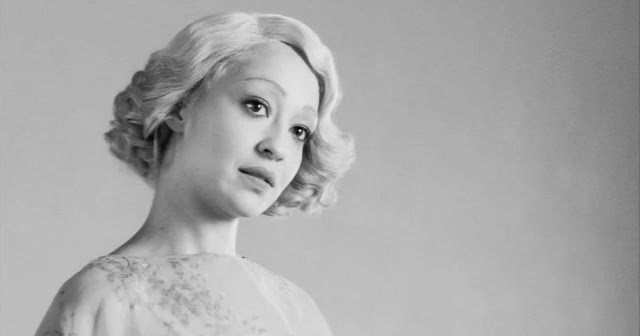 Given the symbolic nature of the story, I don't see how it could have been adapted and filmed in anything but black and white. Eduard Grau's photography is outstanding. While each shot is artfully presented, the camerawork never feels overly calculated--just natural to the feel of the movie. Grau's work also adds to visual pleasures on repeat viewings. Like the collaborations of Ingmar Bergman and Sven Nykvist, in Passing, there are stirring symmetries, attention to details--glass, mirrors. Echoing and contrasting the gauzy opening shot of a hot summer day, the film closes with a stunning snow-blanketed screen, slowly losing its sharpness until the film cuts to black. ***1/2