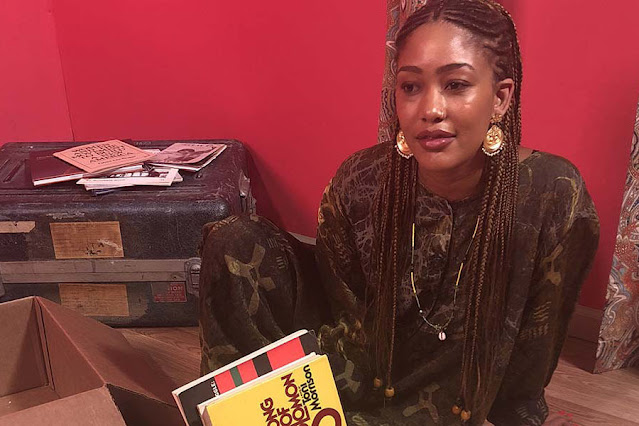 Ephraim Asili's first full-length feature film The Inheritance mixes the feel of documentary and narrative fiction in a fascinating portrait of a Black Philadelphia social collective named House of Ubuntu. Julian (Eric Lockley) helps set this collective alongside a small group of people in a home of books, music, political readers and magazines inherited from his grandmother. There are guest speakers, like those who shed light on the story of MOVE, the philosophies of John Africa, and the 1985 tragedy inflicted by the government of Philadelphia. This is a pivotal, captivating part of the film in particular, utilizing and mixing footage with the heartbeat-feel of the present. Also within the film are moving poetry readings by Sonia Sanchez and Ursula Rucker and spare shots of hard-hitting, meditative quotes for the characters and viewer to ponder over. 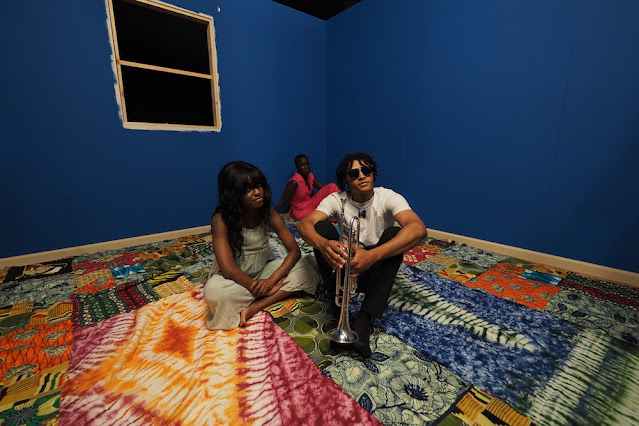 However, The Inheritance is not a ponderous piece. Visually, the movie is very involving and rich. I was particularly drawn to all the loving shots of old books and LPs, their covers and jacket designs (Toni Morrison's Tar Baby is a striking moment of a young woman in reading--perhaps ignoring someone's green smoothie mishap in the kitchen). The items of Julian's grandmother's past, in the hands of a new generation, are warmly captured--a tapestry of Black experience / art infused into the current. Asili seems Godard-inspired (a poster of La Chinoise figures) both in style with those bright primary colors and moments of electric, exquisite compositions (the film is shot and edited by Asili) and in genre-play, tone and sound (the mix and editing style is rough, occasionally jagged, but never in a flashy, obtrusive manner). The color palate, of course, is not Godard's alone as Asili creates an exquisite piece of his own collage-like piece of art: per Asili in Artforum, "Once I accepted the conditions of studio filmmaking, the black box became my blank canvas and I built the set design color by color, object by object. I spent about nine months traveling around to different stores and markets buying the objects that provide much of the mise en scène. I also used a lot of materials from my personal collection. Every book, poster, painting, piece of fabric and furniture was handpicked." I am fascinated by his process and care here. But this film is more than just canny craftmanship, it's lovably worn-around-the-edges, especially in the unfussy performances of the ensemble, and is stirring in its subject matter. With any group of people trying to foster a community under one roof, there are squabbles here and there--trying to remain shoe-less, creating chore schedules, figuring out who should be a guest speaker--the ramifications of which can be both minutia and of upmost significance within the fold of the collective's vision. ***

Posted by MrJeffery at 5:53 PM