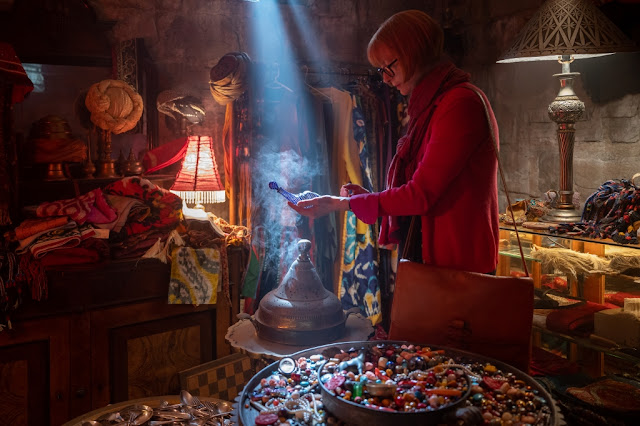 George Miller last dazzled many with his 2015 re-work of Mad Max. Consistently, Miller has been an eclectic filmmaker, offering up a mix of quirky and visually splashy movies. His latest, Three Thousand Years of Longing, based upon an A.S. Byatt short story, is, despite its likely good intentions, an unfortunate misfire. 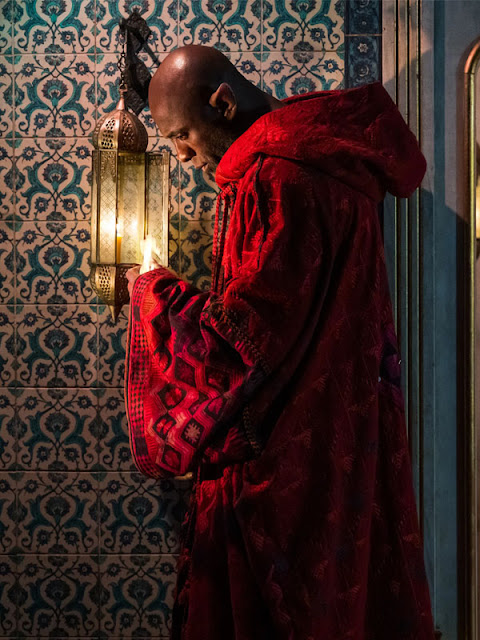 Tilda Swinton plays Dr. Alithea Binnie, a scholar, who begins to narrate this genteel tale. Alithea is in Istanbul at a narratologist conference. There, she stumbles upon an intriguing glass bottle and brings it back to her hotel where it suddenly unleashes the smoky presence of a pointy-eared Djinn (Idris Elba) who grants her three wishes. The Djinn relays his own origins and journey in a ponderous sequence of yarns spanning ages and geography. Elba is a great actor, but he can't overcome Miller and Augusta Gore's script or the movie itself. His fantastical character feels lifeless and flat rather than fascinating. Besides the atypically hideous cinematography by John Seale, distracting titles that resemble takeout menu fonts, corny effects (disappointing, as Miller's films are usually so visually impactful), there are no urgency to the stories that the Djinn spins, making this long chunk of the movie a near impossible watch. Some, however, may find the light humor and the idiosyncratic nature of the mythologizing appealing. 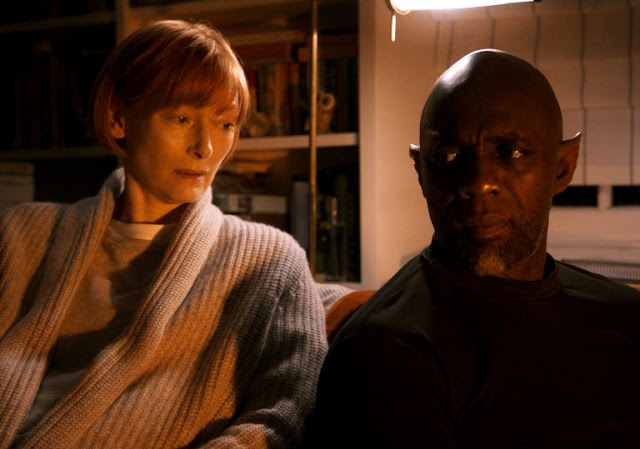 Things get a bit more bearable when we are out of the confines of that hotel room and Alithea takes the Djinn back home to London. It's an inexplicable decision given that Alithea seems so content in her lonesomeness. She lives such a pristine existence--not a speck of dust or flaws anywhere--(a mishap at airport security is one of the film's better scenes) and Swinton is already such a compellingly chilly performer, that it's hard to believe or really feel for her character. Predictably, the Djinn cannot exist in the cacophony of modern living (interestingly, a bit of a link to Swinton's other recent project, Memoria). The movie ends with a puffy and treacly conclusion that's lit so maudlin-bright that it looks like an allergy medication commercial. The only points given to the movie is its strangeness and audacity, something precious these days. **