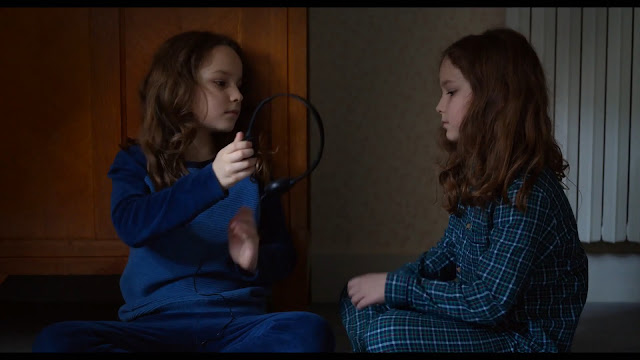 After the ravishing Portrait of a Lady on Fire, Céline Sciamma hones in on an equally intimate, but less visually flashy tale in the quiet and exquisite Petite Maman. It harkens back to Sciamma's excellent Tomboy, which carefully and sensitively examined the perspective of a child. Petite Maman is almost like a fable, a film that could be played in any year as allegorical to one's own life, its power perhaps residing in how one is able to respond to its quaintness. 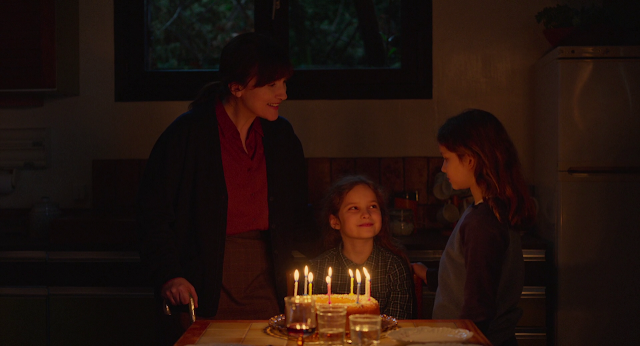 After the death of her mother, a young woman (referred in the credits as simply La mère, played by Nina Meurisse) cleans out her childhood home with her partner (Le père, played by Stéphane Varupenne) with her loving, inquisitive daughter Nelly (Joséphine Sanz) in tow. Curious about her mother's childhood, and grieving quietly for her grandmother, Nelly goes to the woods where her mother used to play. There she falls into a parallel existence, meeting Marion (Gabrielle Sanz) who ends up being an eight-year old version of Nelly's own mother. One can imagine the magical realism of films like The Enchanted Cottage or even Back to the Future. Robert Zemeckis' film is a flashy, comical sci-fi quest into wistfully altering the fate of a white middle-class America family; the movie is soaked with wall-to-wall music and consumerism of the 1950s and the 1980s. 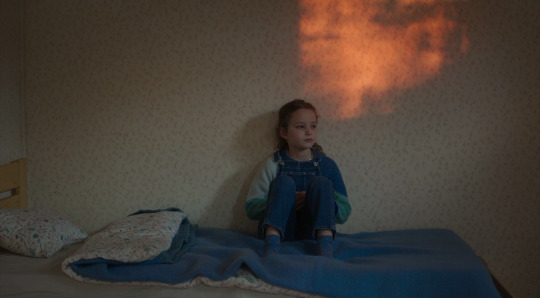 Sciamma's film does not particularly have strong markers of any particular era. Even a hidden patch of "dated" wallpaper could be from the 70s, 80s, or 90s or even an attempt at a sort of vintage chic in the 2000s. The film also thrives not on music or bombast, but on the minutiae of tiny sounds of interactions of things with the body--eating crunchy snacks, drinking milk out of chocolate cereal, spreading shaving cream on the face with a brush, the rustling of sheets on a couch. These smacks and wisps of sounds pepper the film with a seemingly acute purpose of portraying closeness--almost ghostliness--the traces of sounds we leave behind when we interact with the physical world. When music suddenly hits the film, it does so broadly, with a child's perspective of an island pyramid given a particularly dreamy heightened power. The music is almost like a simultaneously satisfying and queasy sugar rush after a long bout of going without carbs. Sciamma's 72-minute film often feels egg shell-fragile, as if it's constantly tip-toeing around in quietness--resisting pushing the viewer's emotions in any particular direction. It's also gently playful and assured. An inside-out sweater made right-side-out and an edit of "transporting to tomorrow" may symbolize the "passing over" to a new plane; shaven faces and put-upon costumes suggest the trickeries of age and identity. Claire Mathon, whose cinematography recently showed prowess with the fuzzed memories of the past in Spencer--particularly when Diana physically and psychologically crawled into the ruins of her childhood home--lenses Petite Maman deftly. The atmosphere of hushed houses at night (shadows playing on the floor like a "black panther") and in the afternoon light, and the damp, leafy autumnal forest where Nelly and Marion play are all striking visual worlds to linger in. ***