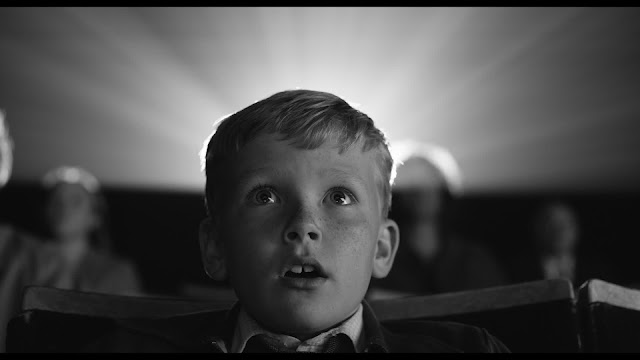 Perhaps it's reductive to say because Kenneth Branagh has had such a rich career on stage, particularly with Shakespearean acting, that it makes sense he is prone to the theatrical as a director. This was particularly apparent in his recent filmmaking effort, Murder on the Orient Express: a fun, pithy Agatha Christie yarn that felt particularly hammered out and battered to bits in his adaptation. Whether or not the spectator cares and whatever his material may be, Branagh, as performer and director, is always here to put on a show with bits of winking humor. His latest Belfast, is a semi-autobiographical slice-of-life set in 1969 at the onset of the Troubles crisis, with the family of young Buddy (Jude Hill) at the center. 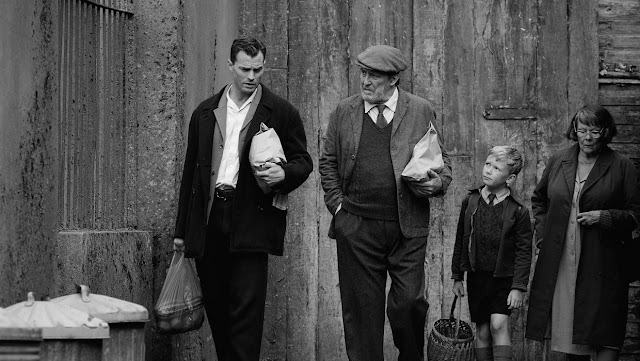 In midst of swirling violence, sweaty pontifications from the church altar, scrimping and saving to pay bills, taxes and rent, the point-of-view of the film is that of Buddy's and his more wholesome concerns--including obsessing over marrying one of his classmates one day, and feeling guilty over stealing chocolate from a neighborhood candy store. Buddy's father (Jamie Dornan) is a somewhat ambiguous figure, away often, trying to make money while his mother (Caitriona Balfe) is left alone to raise Buddy and his brother. His grandmother (Judi Dench, who quietly becomes the cast standout) and ailing grandfather (Ciarán Hinds) live with him as well--poking fun, and dropping words of wit and wisdom along the way. 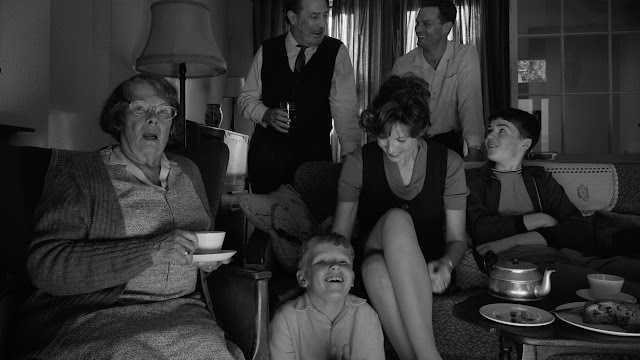 Kenneth Branagh seems haunted by this period in his life, and it comes across in the film's black & white photography by Haris Zambarloukos, the genteel nature of the movie and its loving treatment of its familial characters. The use songs by Van Morrison have a bright sentimental feel, and are occasionally, intrusively brassy. But Branagh's film works best when weaving in other elements of art and pop, which are presented, and stand out in color: perhaps since they are the more vivid aspects--the burning influences within Branagh's memories [Star Trek and westerns on TV (High Noon figures in a strong way), a joyous screening of Chitty Chitty Bang Bang, an indelible staged viewing of A Christmas Carol (the light and colors reflected in his grandmother's glasses)]. I didn't feel the urgency of the use of  black & white photography as I did in Rebecca Hall's Passing; it's more ornamental here. Sometimes the camerawork is a bit overwrought--as it was in Murder on the Orient Express--swinging about with distracting, meaningless playing of angles. 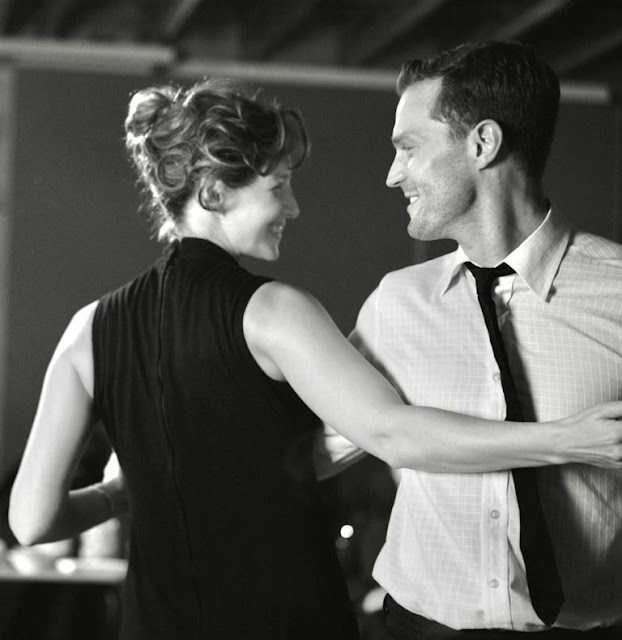 The acting ensemble does nice work with a script (also by Branagh) that lacks depth. In one scene Hill has a meltdown--as a child of this age would-- and it cuts the cutesy nature of Buddy and his "good kid" persona to something more primal. I saw that Balfe was giving a good, sympathetic, oft-teary-eyed performance, but the film was giving her little to appear connected to--a hollowness; the handsome Dornan acts beside her, listening well, but not giving us much of a character of any distinction. Hinds is winningly charming with his salty sagacity. And Dench has always been able to do so much with a few words and expressions. My favorite scene  of the movie is fairly simple, and one that shows Branagh's strength as a student of theater--a charming moment of Hinds talking to Buddy in a cramped courtyard with Dench at the window, listening, bemused. 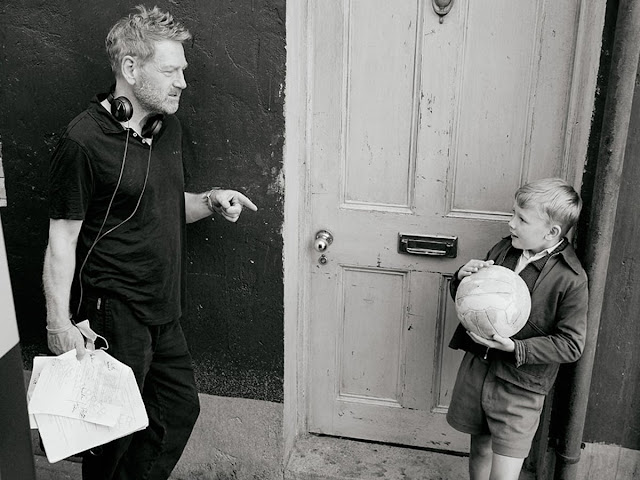 There's something very vacant about Belfast. Most of the time, it just sits there on-screen without much emotional connection, and one too many predictable set-ups. Yet overall, Belfast is so innocuous and personal, it's a difficult film to knock, even if Branagh's broad strokes and big swings don't always land. ***