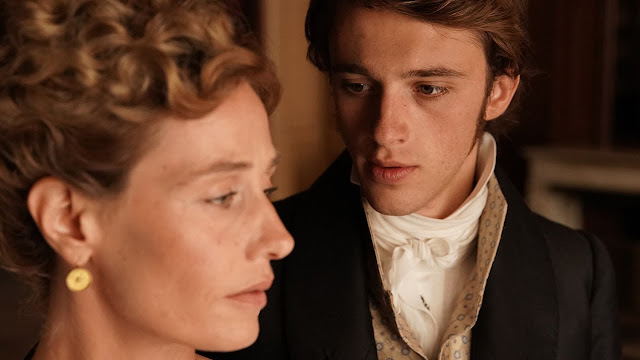 Social climbing, backstabbing and lies--these are aspects inherent in many a story, but few authors have distilled this chaos as urbanely and meaningfully as Honoré de Balzac. Pithy quotes from his work continue to abound as observant gospel. The task of capturing Balzac's work cinematically must be both arduous and precise. Xavier Giannoli's nimble and smashing adaptation of Lost Illusions, written and published between 1837 and 1843, captures both Balzac's grandeur and specificity. The story of a poet moving from the provinces to Paris, and becoming entangled into the treachery of publishing and social worlds, is ravishingly well-executed by Giannoli and team. At its core, Lost Illusions is a coming-of-age tale, a hero's journey, but it also feels a bit like a mafia picture of sardonic nefariousness, where the side who can pay the most for artificial, mechanicalized applause, rules the night. 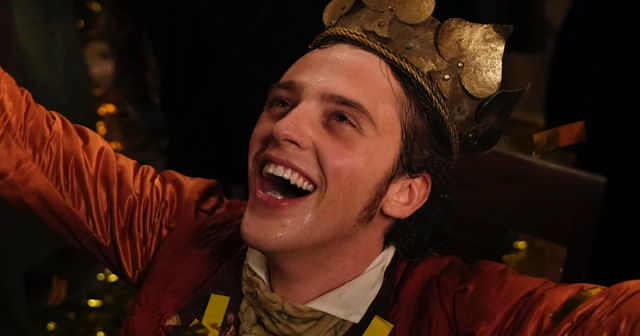 The yearning and searching character of Lucien, played by Benjamin Voisin, changes over the course of the film due to the circumstances around him and the characters, many of them vociferous, whom he interacts with. Handsome, slender and lanky, almost blank-faced, Voisin visually has sort of an unmarked quality that blends between the dreamy poet and the unflinching schemer. His work is helped in part by the magnificent costumes by Pierre-Jean Larroque's costumes which portray Lucien as blue-suited dandy to his raw unraveling towards the end. Lucien succeeds and sometimes falls flat, but he is continuously a wannabe thrown in the circumstances of survival in a society inherently devious and rotten. 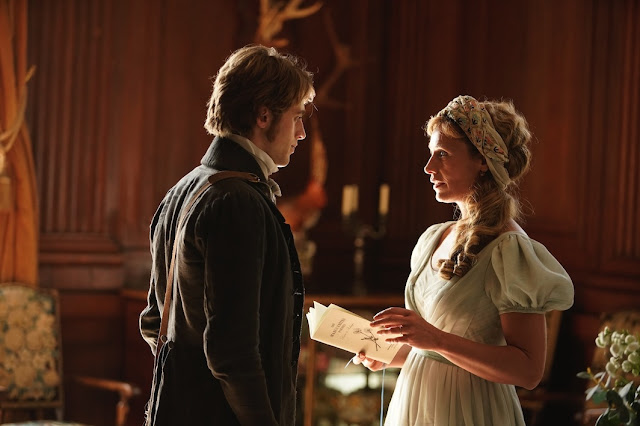 The film version of Lost Illusions reaps the tropes of classic literature--coincidences (those chance meetings) and heavy symbolism (spilled ink and wild animals)--but still feels fresh: the mentions of "fake news," the divide between "truth" and freedom of press and expression and governmental control, the fissions between art and commerce, the societal concerns of upward mobility, money and fashion, are all still, of course, pertinent to the concerns modern audiences across the globe. As are the basic facets of cruelty and love (Lucien's ongoing affair with a good-hearted older woman, Louise, played sweetly and quietly, but also assertively, by Cécile de France is a piercing relationship). 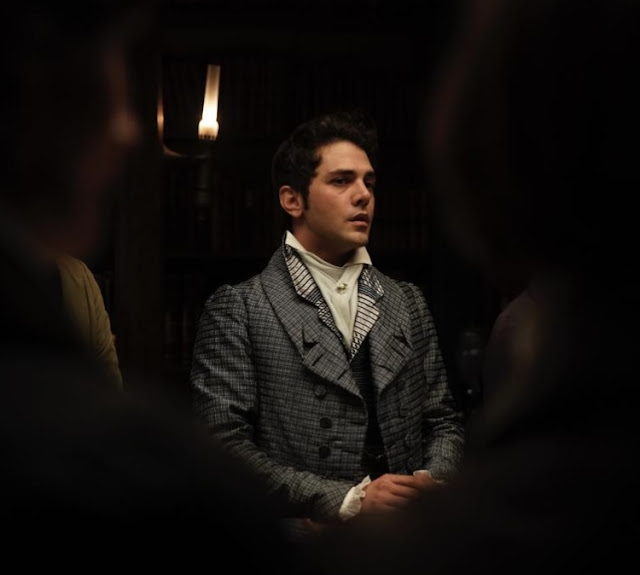 Although lengthy and stuffed with detail, Lost Illusions flits by and really moves along (in one scene, the camera pans room after room of Lucien's newfound decadence: the sort of visual pomp that can be an irresistible aspect of 1800s French period pieces). The forward-feel hurtling is aided too by Vivaldi violin allegros that some may find excessive, but in a tale that wades into the folly and pleasure of excessiveness, I found just right. Voiceover helps patch-over plot points, but also adds to the film's importance of storytelling (a very good, well-cast Xavier Dolan, a side-eye master, emerges as Lucien's literary foe) that mimics the serial nature of Balzac's publications. Also strong in a supporting role is Vincent Lacoste whose Etienne ensnarls Lucien into the world of the newspaper he works for. Etienne uses Lucien's gift with language to publish hot-tempered parodies of the ruling class (including Louise's husband) simply because "controversy sells." These particular men could have easily have been boxed into caricature but they are ultimately complicated figures that complicate Lucien's life and decisions--due to Balzac's source material and the script's rendering by Giannoli and Jacques Fieschi with collaboration by Yves Stavrides. This could have been adapted into a cushy miniseries, but there was something so delightful about taking this in as film, with its briskness and richness, and quick pang of an ending. ***1/2