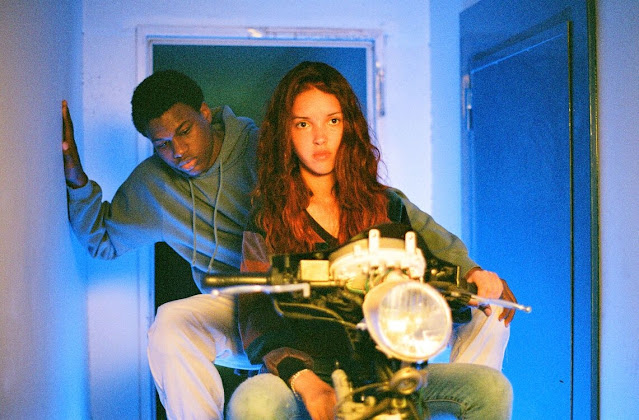 There have been notable international films, both fictional and documentary, over the past few years that address contemporary concerns of society pushing racially, culturally, and economically vulnerable out of their homes and further into the margins. Fanny Liatard and Jérémy Trouilh's Gagarine--its title referring to a mammoth social housing complex in Ivry-sur-Seine, France on the brink of its demolition--tilts towards the angle of sci-fi to tell an intriguing and melancholic tale. The film, originally slated to debut at Cannes in 2020 before the festival was cancelled, occasionally feels prophetic and ominous, a portrayal of a slice of life before the pandemic; its scene involving an eclipse--a wistful reminder of a communal event at the near end of the "before times." 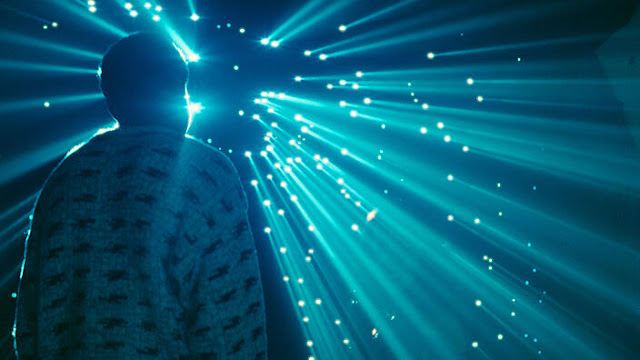 Gagarine begins with an early 1960s newsreel of considerable optimism, the building complex newly constructed in complete reverence of the ideals of communism. It is greeted by its namesake--Soviet cosmonaut Yuri Gagarin, the first man to travel to outer space--and he is received by cheering and adoring crowds and residents. Finely edited by Daniel Darmon, Gagarine, at many points, incorporates the visual space of real footage with the fictional, eliciting the fissions between past, present, and future with considerable impact. The moments of atmosphere and its sonic and imagist renderings are the most successful and potent aspects of the film.

The somewhat spare character sketches are purposely, perhaps, not as involving as the imagery. The story is told though the close point of view of young Youri (Alseni Bathily), named after the space explorer, who lives, mostly alone--his mother off with a man--in the complex. Youri is acutely intelligent, especially a wizard at mechanics, wiring and science. Youri is drawn to Diana (Lyna Khoudri), who lives in a trailer with her family, and does odd jobs, including mechanics. They ultimately share a nerdy bond and affection for one another that never becomes too cutesy. At first, the film sets Youri out to be an almost saintly figure who is there to mend all the broken halogen lights and elevators as the building falls into disrepair and is slated for inspection. As the doomed fate of the building sets in, however, the film grows more gnarled and complicated. Fittingly, the complex is up for sale as a perfect space for open air retail. 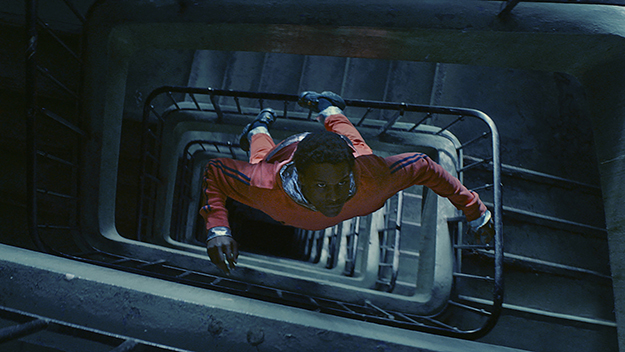 The sets and textures and the real life building within the movie are what make it so specific and memorable. The score, by Amin Bouhafa and Evgueni & Sacha Galperine, is a moody, lovely swirl of oozy synths and twinkling tones. The film, photographed by Victor Seguin, hurtles towards some truly stunning shots as the movie sweeps into magical realist territory. I was reminded of the barren urban settings within sci-films like Omega Man and other "last man on earth" survival fables. There are some awe-inspiring images of light and darkness (especially considering a film that must have been concocted on the low-end of the budget scale). Sometimes these moments are reminiscent of the visual heights of Spielberg's E.T. and Close Encounters. And yet, while there is the sense of whimsy and the fantastical ("the moon is our neighbor"), there's also the lingering knowing of the deadening of human greed, "progress," uncertainty, and our paltry existence as we spin in place within the cosmos. ***

Posted by MrJeffery at 5:49 PM