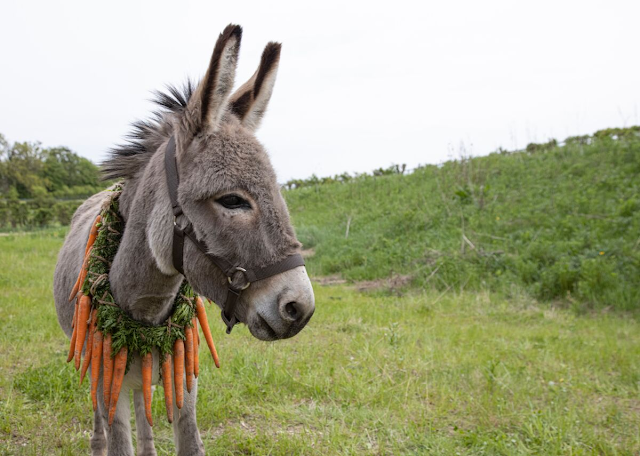 If there are humanist films, there can also be animalist films, and Jerzy Skolimowski's donkey-led stunner EO (a callback to Bresson's Au Hasard Balthazar) is an evocative animalist film--a blunt vision of how horrible humankind can be, especially in relationship to the natural world. I saw two environmental docs recently--The Territory and Wildcat--both powerful films which grapple with the devastating effects of deforestation on both indigenous people and animals. However, despite being fictional, EO has the same urgent feel and realism of a non-fiction work with an unbridled sense of lingering sorrow. Utilizing Michał Dymek's dynamic, groundbreaking cinematography, the film stays close to EO's perspective. A circus performer, EO escapes and goes on various journeys through towns and countryside. Sometimes we glimpse the world through EO's eyes--sometimes the point-of-view shifts, and we see our hero from afar and above, and sometimes we see him intimately close, with the keen sound mix enhancing the sonics of ants crawling on a piece of fallen wood below his muzzle. There's even a bizarre detour to a character played by Isabelle Huppert as a countess in a rambling Italian villa. The meaning of this sequence strikes like a wrecked chord: jarring notes of clarity and opaqueness, as the viewer wrestles suddenly with being placed within this very un-Christian "Christian" / "human" human environment of picturesque beauty riven with grim, seedy undertones. 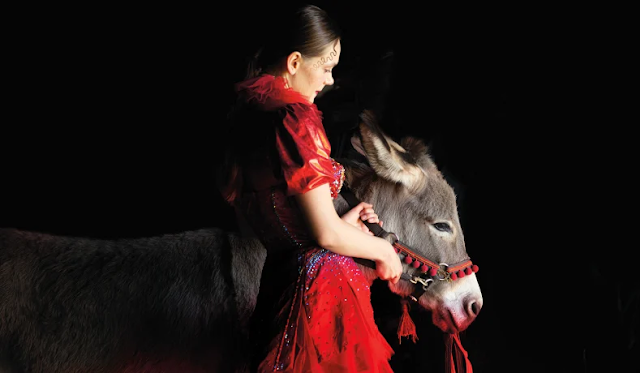 Remarkably, EO was filmed over a few years by a director who shows considerable formidability in his mid-eighties. There are modern, unusual uses of lighting and color (garish red strobes of the circus and the sleek neon green lasers of trappers). It's a film of EO's wanderlust not by luxury nor choice, but by means of survival. We witness the treatment of animals in the wild, including in the fur trade (legal in Poland) and factory farming. It can be a grim experience, but the movie always feels sensitive and organic to its roaming, fable-like quality rather than exploitive. Suddenly, leopard-print pants look extremely strange! This is due to introspective, sharp film editing (by Agnieszka Glińska) and the stirring performances of the animals (EO was played by six different donkeys; you wouldn't know since the film is so well-cut) who express emotion that somehow feels tangible. Also of note are the burgeoning symphonic brays that sweep through the excellent score by Paweł Mykietyn. His work fuses the grandeur and horrors of EO and his experiences. In its modest runtime, EO is one of the few films I can think of that encapsulates much about the human and animal condition through observation and visual wit, rather than depressing didacticism.  ***1/2