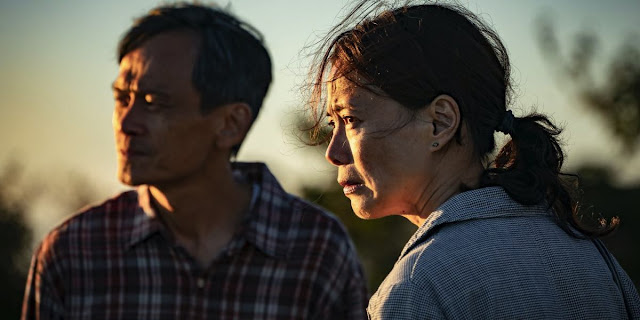 Director Chung Mong-hong's (who also shot and co-wrote) Taiwanese drama A Sun is a sprawling portrait of a family in turmoil. The father, A-Wen (Chen Yi-wen), is a taciturn, no-nonsense driving instructor. The company he works for and his own personal motto is "Seize the Day. Follow Your Own Path"--a conceit that runs ironically throughout this twisting saga of a family constantly forging new, sometimes unexpected, sometimes tragic, paths for its members based upon their individual acts; these twisty orbits are enacted in symbolism of wooded trails and roads. The mother, Qin (Samantha Ko), is a beautician who seeks to buy a salon on her own. The two sons are wildly different. A-Ho (Wu Chien-Ho) is the trouble-maker, tied up with the wicked antics of wannabe-gangster friend Radish (Liu Kuan-Ting); The pensive, very intelligent, A-Hao (Greg Hsu), is studious but a daydreamer. In the shocker opening, an act of violence committed by Radish and A-Ho, splinters the lives of the family members in different directions. Obviously, A-Wen's mellow, straightforward driving directions aren't as akin to everyday living as much as he hopes for himself and his sons. 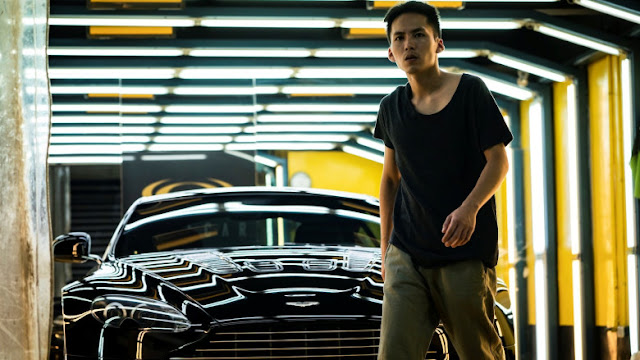 A Sun, a heady slow-burn, but absorbing nevertheless, is a film about justice and disorder with monumental consequences. The acting and characters are well-drawn, and we get to know the interior lives of the family, sometimes in detailed, mesmerizing ways. The story between Radish and A-Ho, in particular, feels Shakespearean, like an ancient morality tale, even as it often takes place within the confines of a car wash garage of prison bar-like fluorescent-glint that houses a gleaming luxury car (overall, the movie is strikingly shot and light is used throughout in symbolic, arresting ways). The film is admittedly overlong (at 156 minutes), with random, overwrought bouts of humor that often don't work nor fit the mood of the picture. In some ways, it reminded me of the shifting tenors in some of Paul Thomas Anderson's rambling epics. However, once the film reached its beautifully simple, somewhat hopeful, sunlit conclusion, I felt and appreciated the wallop of the film's overall power and singularity. ***1/2

Posted by MrJeffery at 8:44 AM