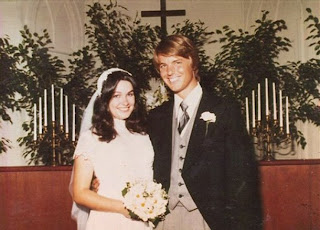 After watching last week's Oprah interview with Elizabeth Edwards, I totally want to read Resilience. I remember being annoyed with John's "My Daddy worked in the mill"-sob stories and when he said Obama was wrong for his remark about Ronald Reagan changing the trajectory of the country. Looking at the massive Edwards house (complete with an indoor basketball court), I feel that John's heart-for-the-working-class-image during his political career was both unseemly, shrewd, and calculated.

The Edwards relationship is strained. Elizabeth seems reluctant to admit the possibility that John fathered Rielle's child. She can't even say Rielle's name. I've always liked Elizabeth and I like her even more now. She is very smart and passionate. I'm much less enamored with John. I was a little unsure of him running while discovering Elizabeth had terminal cancer but I really can't believe he decided to stage a campaign and accepted donations (including many in the lower-class who favored him) with this sort of story in his recent history. If uncovered during the Presidential race, it would have been the death knell to the Democratic party. 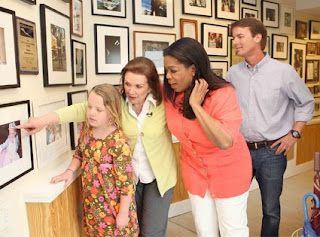 Read Elizabeth's interview with Oprah here.
Posted by MrJeffery at 8:14 AM