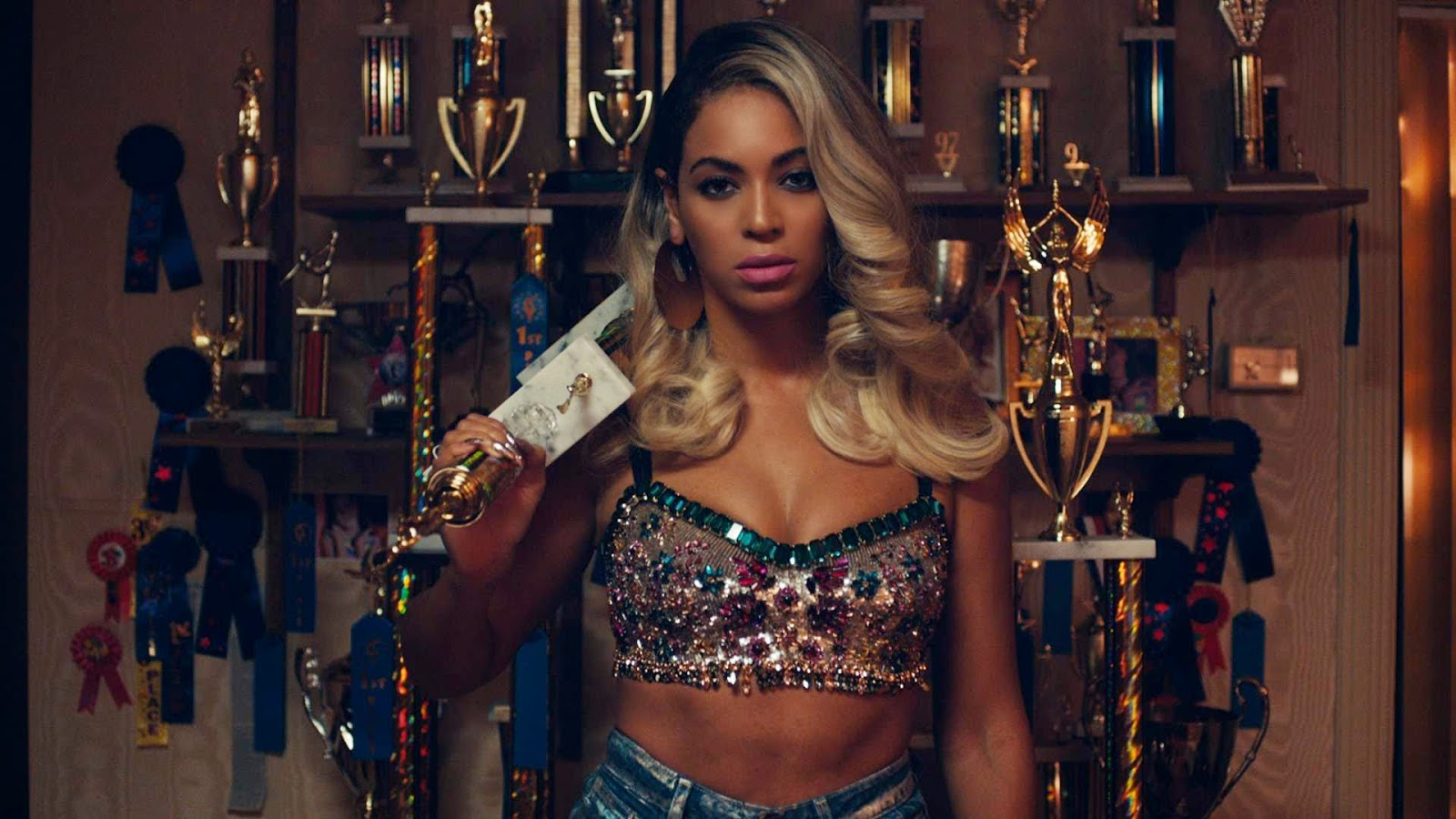 ALBUM OF THE YEAR

Who will win: Amazingly, Beyonce has amassed 17 Grammy wins and 52 nominations over the course of her career. It seems like the time to award her with the main prize for her eponymous record which housed some more adventoruous tracks than her usual territory and was also a surprise drop (and big smash in late '13). Now everyone is doing it but she lead the way.

Next in line: The well-respected songster Beck is an underdog here for his winsome album . He's been nominated in the category before and has never won.

WHO WON: Beck! So I was close. Like Kanye (but not to that crazy degree), I prefer Beyonce's effort, but Morning Phase is indeed a lovely album.

RECORD OF THE YEAR

Who will win: Though a catchy cheerleader jam, the lyrics are a bit trite and this would be an out-of-the-box pick from the NARAS but Grammy-darling Taylor Swift is pretty much running financially the fledgling pop music industry. The category is usually strewn with low-key pop ballads but the discofied "Get Lucky" won last year here so anything can happen.

Next in line: Sia's performance and production on "Chandelier" was splashy and memorable. Sam Smith's "Stay with Me" is the kind of song that usually wins here.

WHO WON: Silly me. I should have seen the Sam Smith sweep from a mile away. 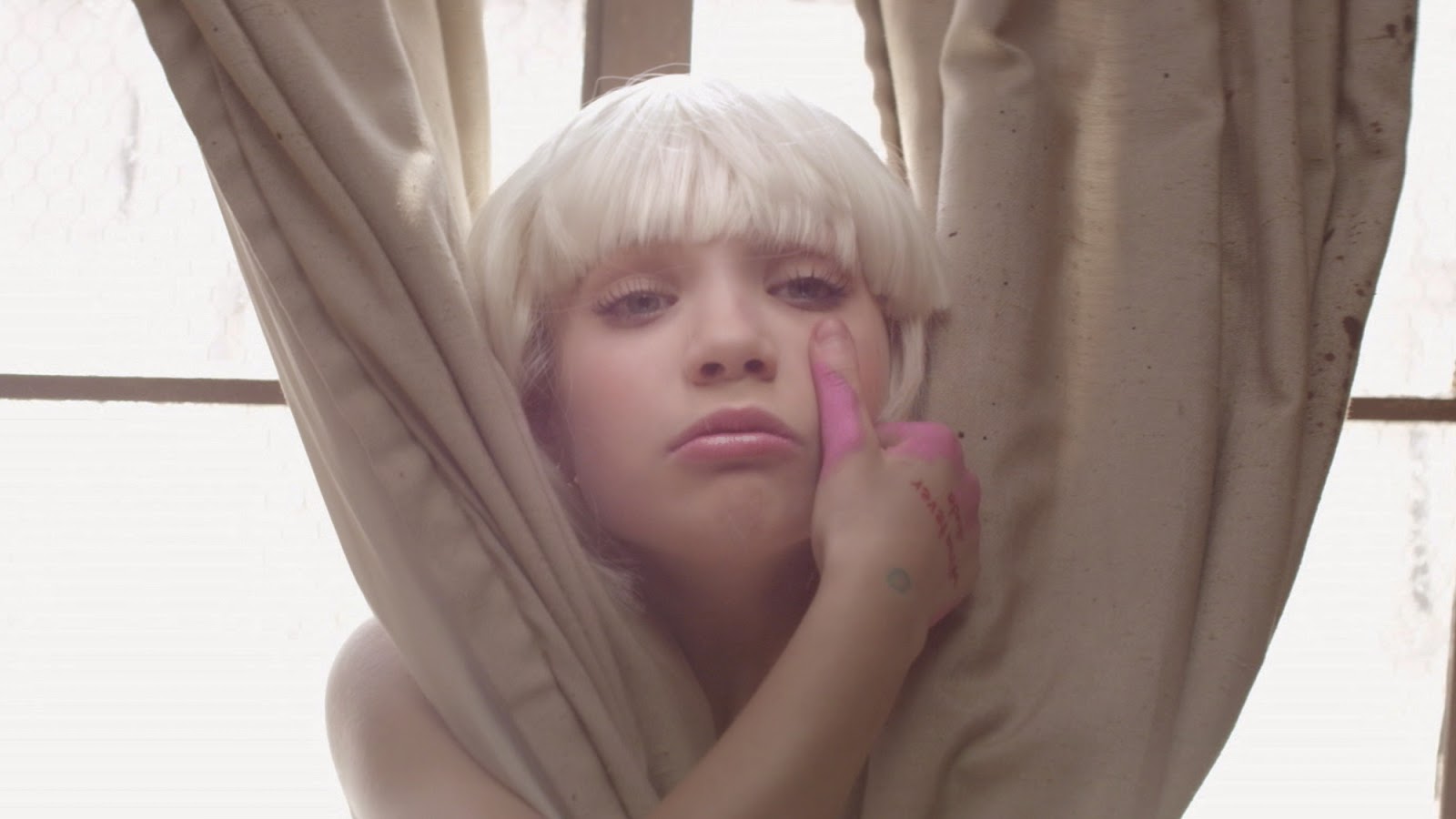 SONG OF THE YEAR

Who will win: This could be the time to reward a songwriting award to Sia who has penned dozens and dozens of pop hits for other artists (including Beyonce's "Pretty Hurts").

Next in line: Not sure if the Tom Petty lawsuit hurts Sam Smith here or not. The soulful "Take Me to Church" is another possibility.

WHO WON: Poor Sia didn't have a great night. Voters were in Smith-mode. 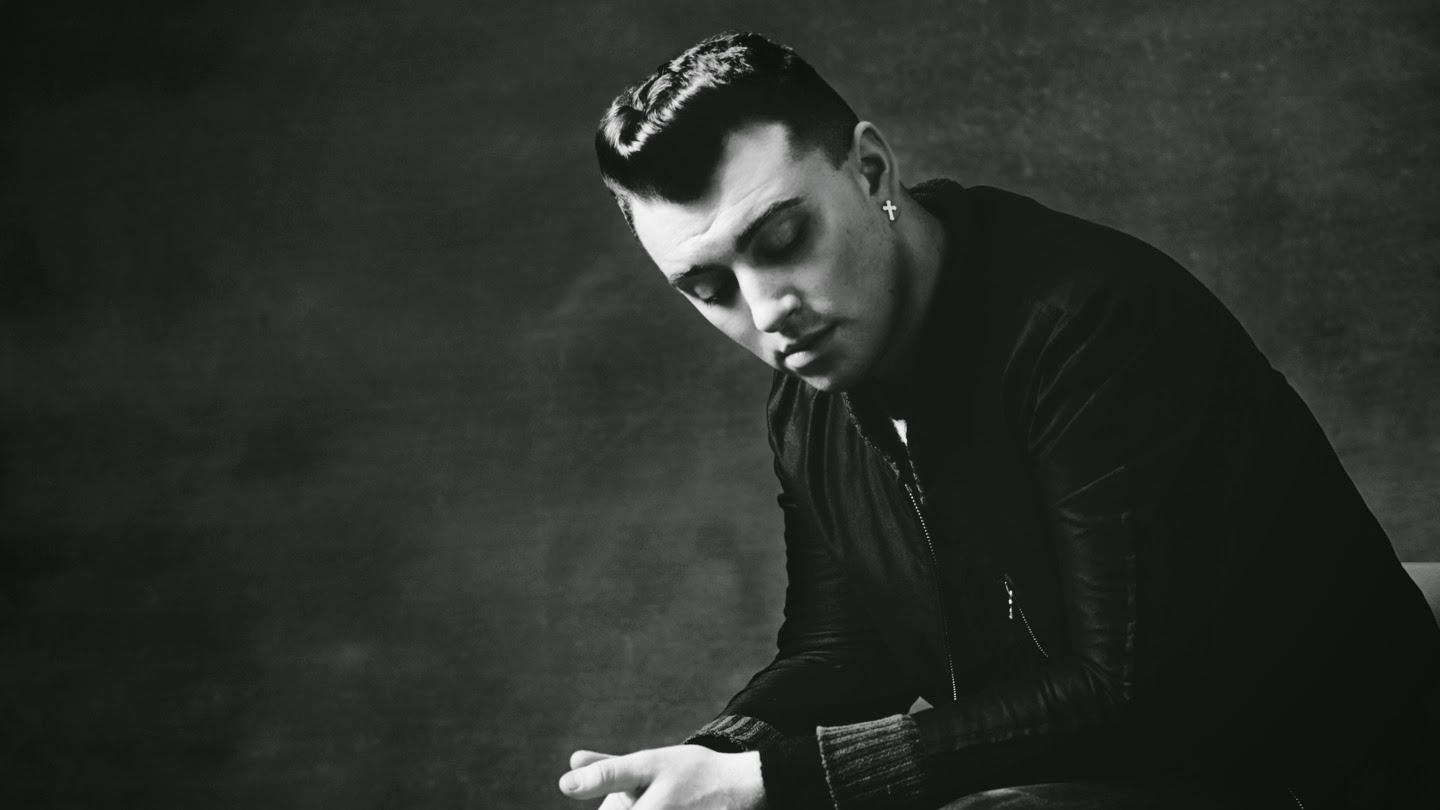 Who will win: Sam Smith, who would be the first solo male winner since John Legend in 2006.

Next in line: I don't really see much competition here.

WHO WON: Got one right at least! 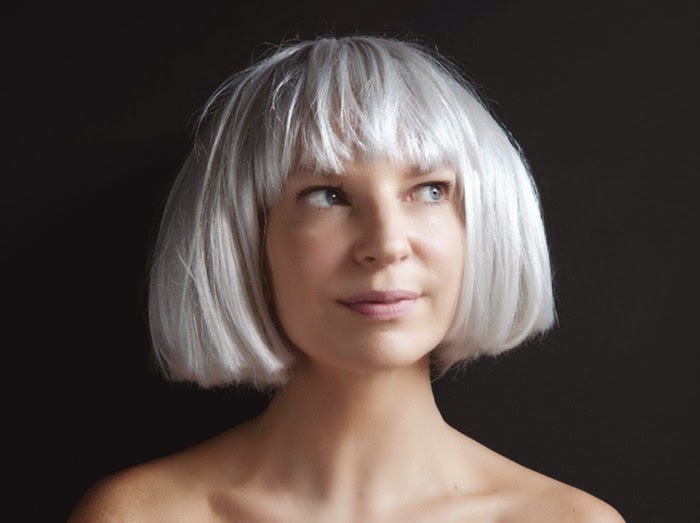 Who will win: I'm going with Sia's vocal acrobatics here though the category is quite competitive.

Next in line: It's anyone's race: Legend, Swift, and Pharrell Williams (though most are sick of "Happy") are all Grammy favorites; Sam Smith, however, is poised to sweep the pop categories.

WHO WON: Pharrell was a big surprise I thought. Smith was probably a close runner-up. 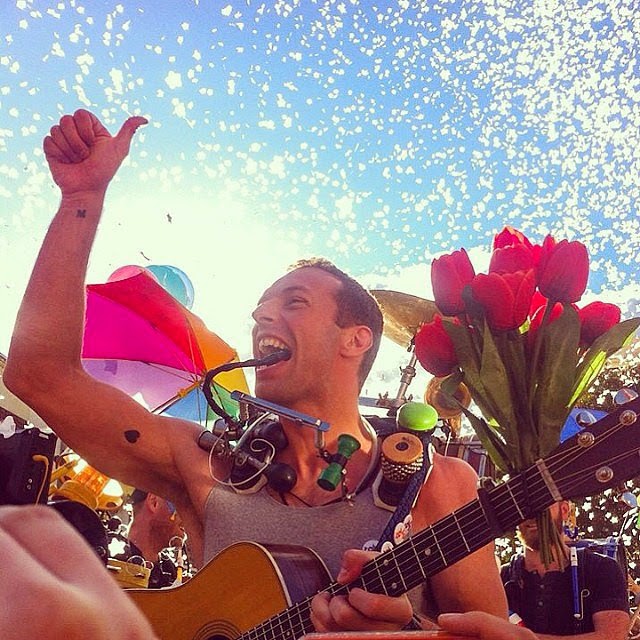 Who will win: Even though there's been some controversy on the group's foray into glow-sticked Avicii-land, I'm predicting Coldplay.

Next in line: Besides Coldplay, The pretty duet between Christina Aguilera and A Great Big World on "Say Something," seems like the safe Grammy choice in a sea of edgier pop tracks.

WHO WON: Xtina and A Great Big World. Proves that my "next in line" choices are often the eventual winners. 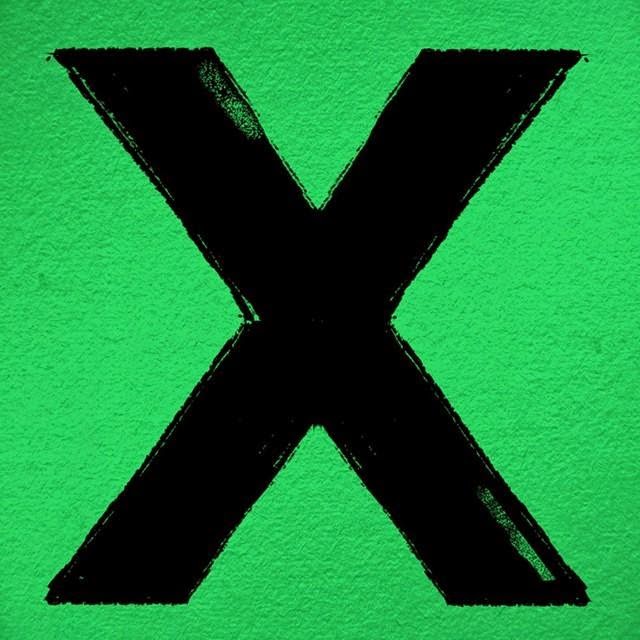 Who will win: I don't really understand the appeal of shrill-voiced Sheeran and his mediocre music but a lot of people seem to like him.

Next in line: Sam Smith's lush record of pop ballads seems like the next logical choice. 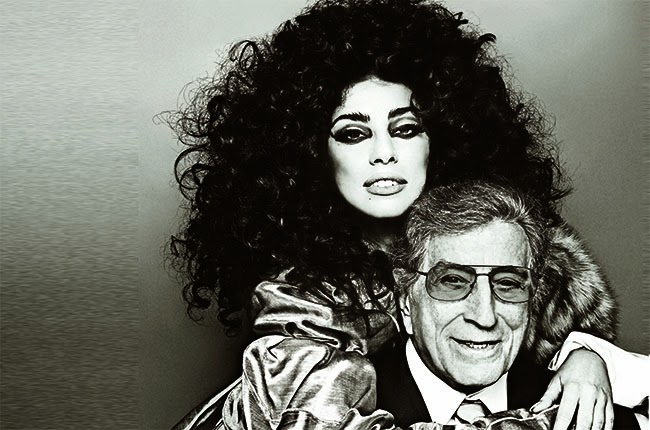 Who will win: Though it sounds like an ingratiating thought on paper, Tony Bennett & Lady Gaga's record of standards is actually quite nice and smoothly produced.

Next in line: A lot of people think Annie Lennox could be awarded here. There's also (and always) the possibility of Babs.

WHO WON: Not a tough category to predict but I got it right! I thought this unlikely duo was a highlight from last night's performances. 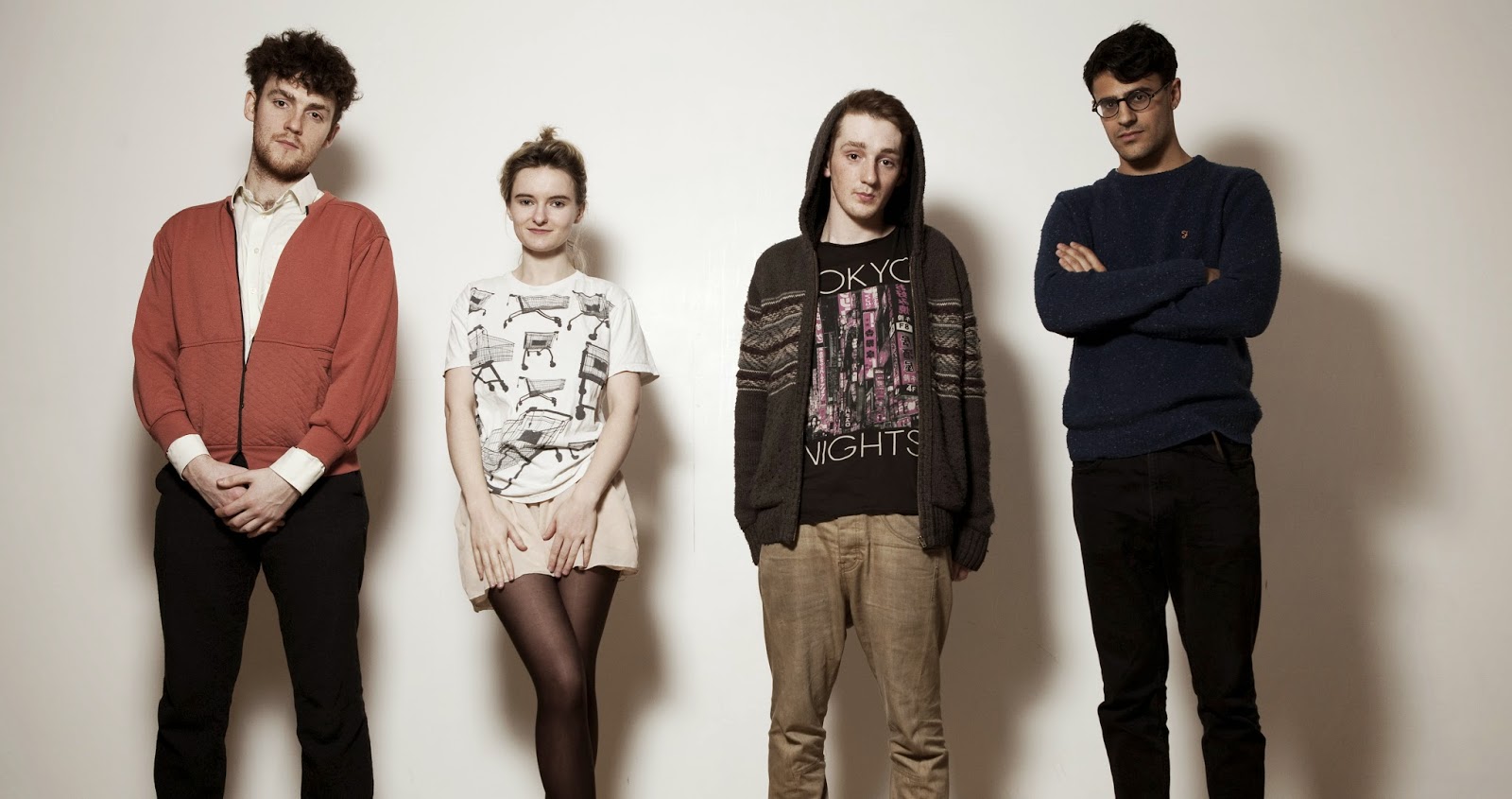 Who will win: Baroque-stringed runaway hit "Rather Be" is the only one of these noms that truly ruled recent airwaves (and Coke commercials).

Next in line: Disclosure featuring Mary J. Blige? Also "I Got U" makes us remember Whitney.

WHO WON: "Rather Be" was pretty much a shoo-in. 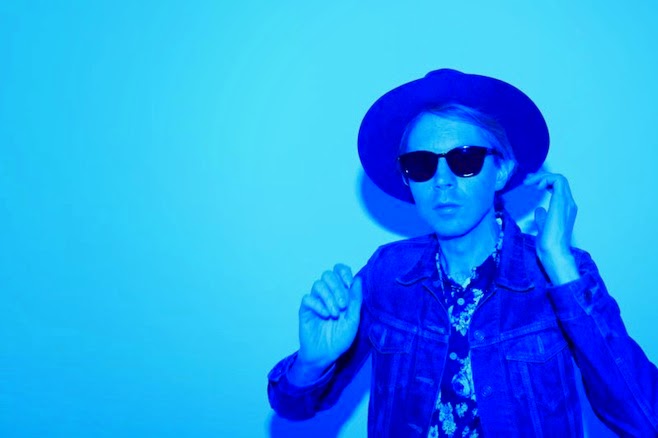 Who will win: Beck's "Blue Moon" is so so gorgeous, how can it lose?

Next in line: Maybe they'll go with something more "rock" like Grammy fave Jack White and his "Lazaretto."

WHO WON: They went with Paramore's "Ain't It Fun" which I find kind of icky. 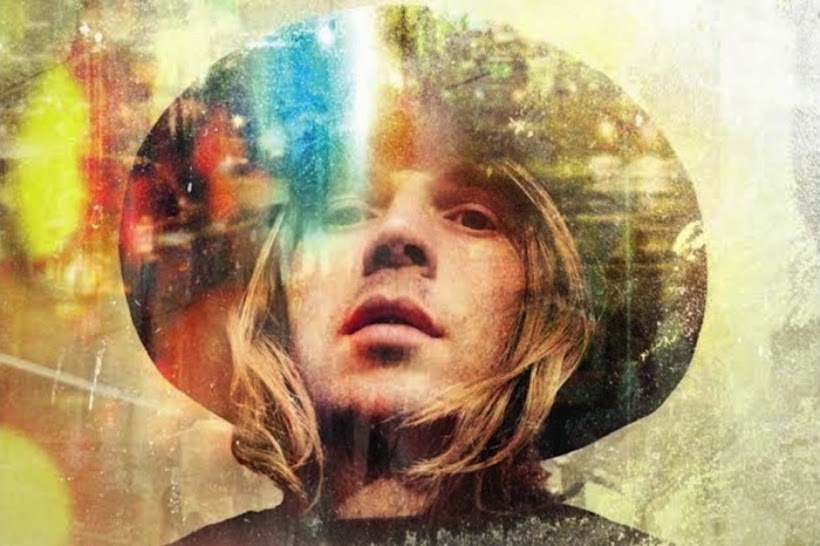 Who will win: This would be Beck's first win in this category; he has previously won in Alternative Album twice.

Next in line: Please God, not U2 for this substandard effort. But maybe U2?

WHO WON: A very deserving Beck. 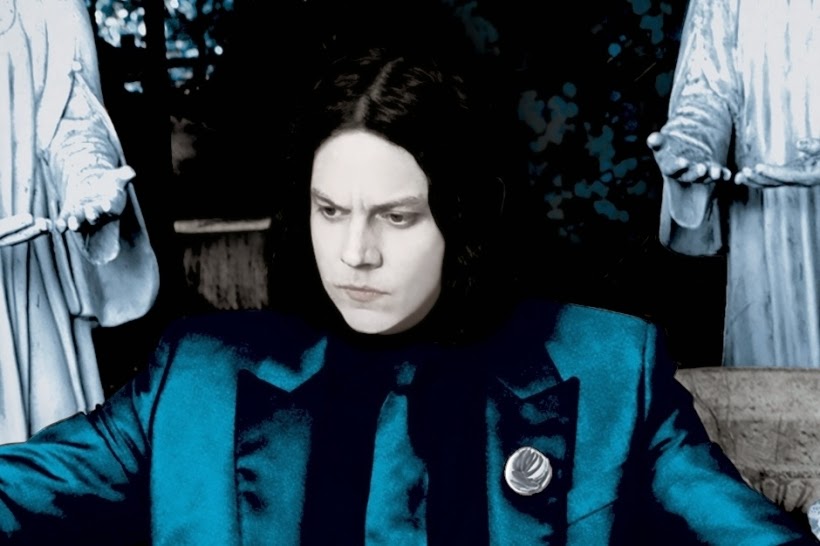 Who will win: Jack White seems more suited for the Rock genre than here but I'm going with him. The album is solid and the Grammys love him.

Next in line: Arcade Fire is still well-remembered within the voting branch for their surprise Album of the Year win though their double-album Reflektor was arguably one of their more lackluster outings. St. Vincent would be super deserving here but I don't see her as a consensus choice.

WHO WON: Lo and behold St. Vincent garnered this award--this was one of my favorite wins of the night! 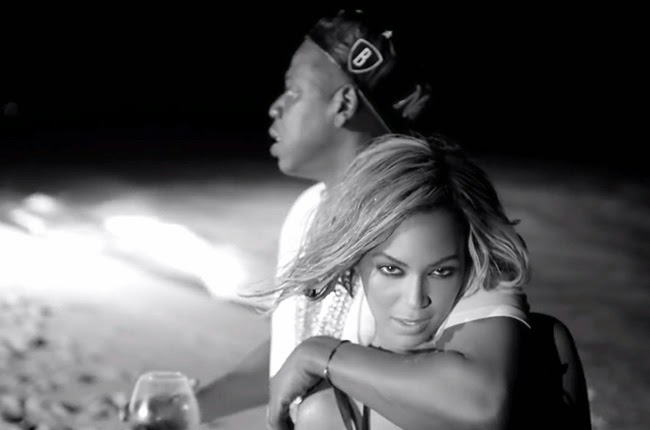 Who will win: Beyonce memorably opened the show last year with the sizzling and celebratory "Drunk in Love." I'm surprised it didn't make it into the Record of the Year lineup.

Next in line: I don't think there's a chance for anyone else here. This is Bey and Jay-Z's to lose.

WHO WON: Who else? Loved Bey's speech.

Who will win: This category is a bit disappointing--weren't there some better options this year? Jhené Aiko's "The Worst" is fairly haunting though. It seems like "Drunk in Love" will take this award easily.

Next in line: Perhaps Jhené Aiko's "The Worst." 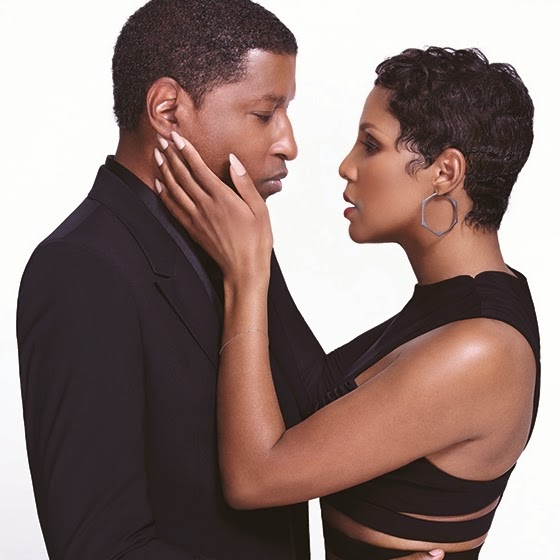 Who will win: I'm hopedicting R&B royalty Toni Braxton and Babyface here. Their comeback album is richly textured and a beautiful 90s throwback.

Next in line: Aloe Blacc was pretty popular this year thanks to "The Man." Sharon Jones & the Dap Kings are a solid, well-respected outfit.

WHO WON: Well... at least I got the R&B ones pretty much right. 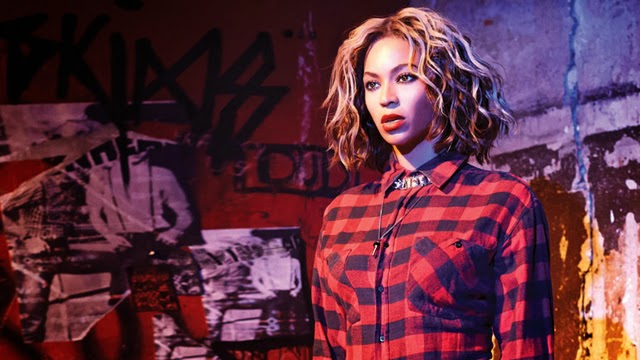 Who will win: Beyonce, right?

Next in line: Maybe Pharrell (who the Grammys love). His GIRL record is chock full of crisp production and catchy hooks and managed to make it into the competitive Album of the Year lineup.

WHO WON: I guess I was right about Pharrell being a strong choice to win. The cracks were showing for Bey's Album of the Year chances when she surprisingly lost here. 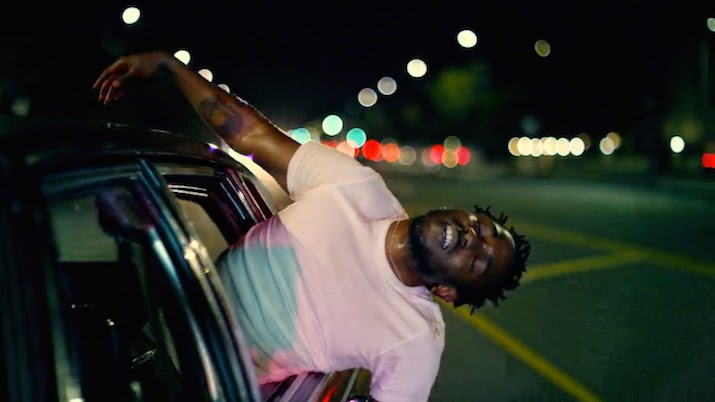 Who will win: Kendrick Lamar's unique, upbeat drilldown "i" would be a nice, showy choice.

Next in line: Some may dig Eminem's rapid fire delivery on "Rap God"; some may find him tiring now. 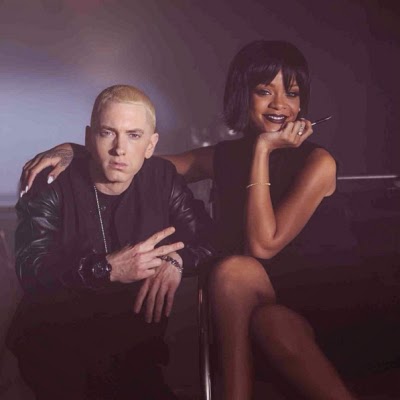 Who will win: Not confident but I'm guessing they will go with the biggest hit which would be Eminem and Rihanna's "The Monster" though their similar, much more popular "Love the Way You Lie" lost out in this category in 2011.

Next in line: "Bound 2" managed a Rap Song nomination but I'm not sure if voters have cooled on Kanye (I love him though!); Charlie Wilson could help secure a win.

WHO WON: Got this one right too... I guess there's still a lot of Grammy love for Eminem. 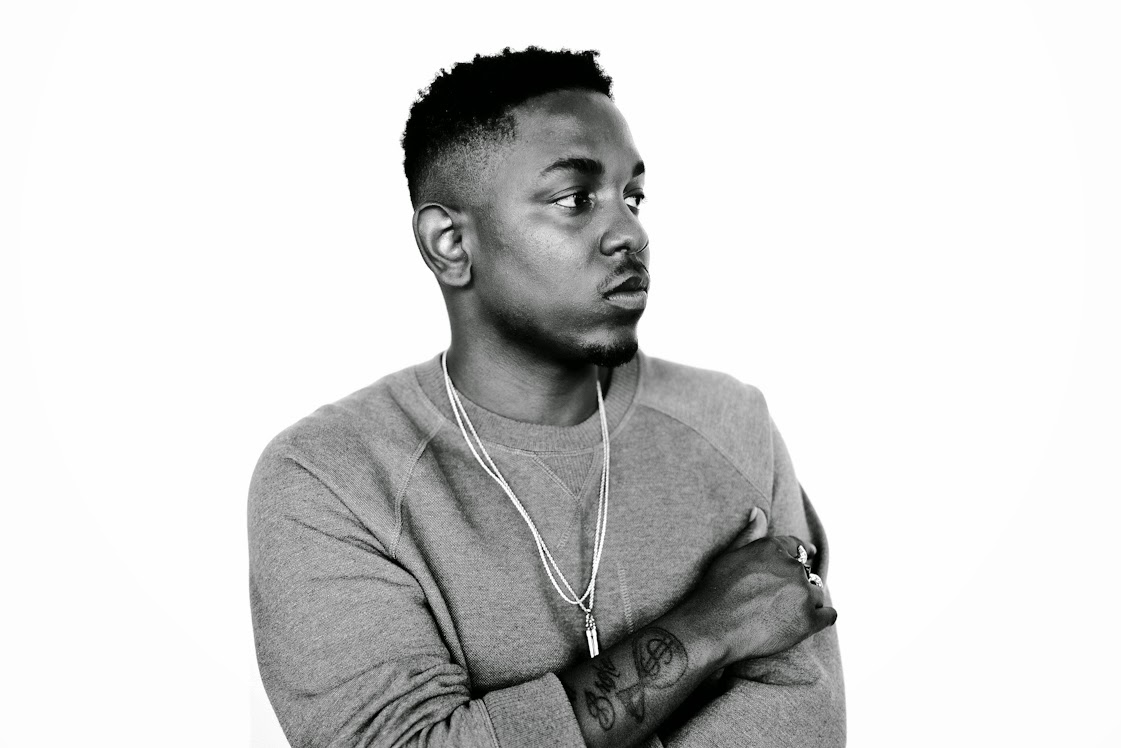 Who will win: I'm hoping for Kendrick Lamar here.

Next in line: It was pretty genius to mix Brenda Lee and the Ponderosa Twins Plus One together on the disarming "Bound 2." And though it may seem like a big joke, Nicki Minaj audaciously re-worked Sir-Mix-Alot to great effect.

WHO WON: Another great win for Lamar. 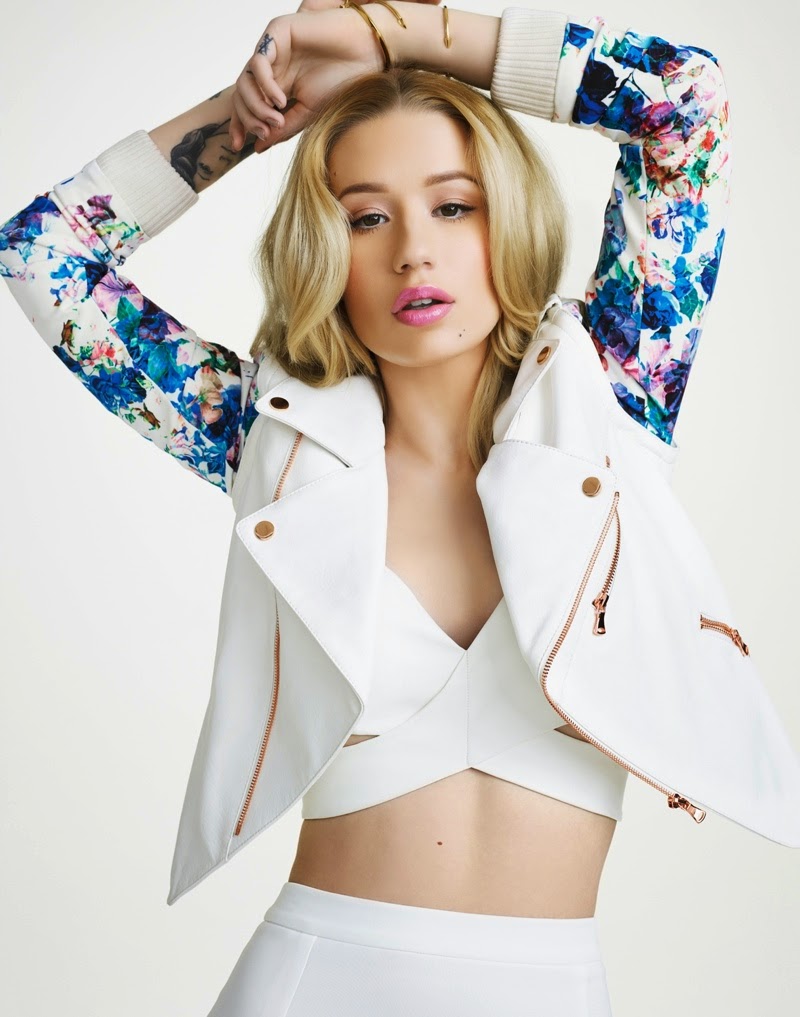 Who will win: Sure the album is fun (and occasionally clever) but is it sort of sad that Iggy Azalea is so plausible to win this category?

Next in line: Also sad is that white rapper Eminem is likely in second place. Perhaps voters will look elsewhere to Childish Gambino, Common, ScHoolboy Q, or Wiz Khalifa? Overall this category is sadly somewhat uninspired. 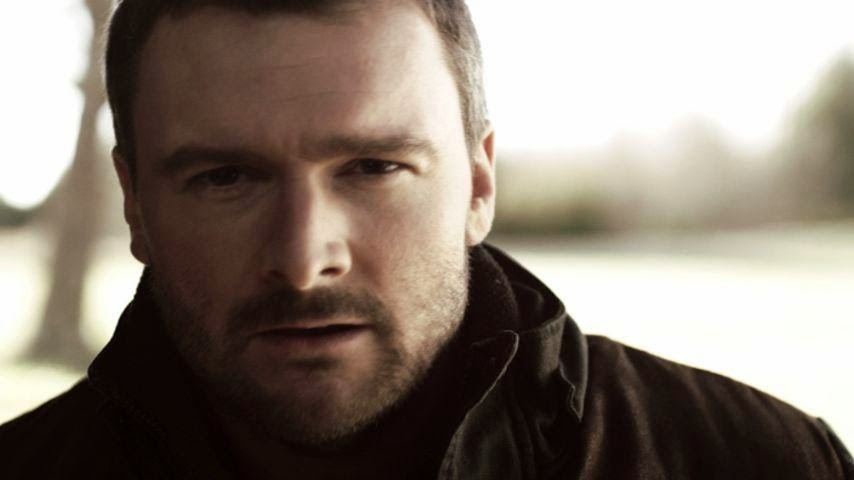 Who will win: Eric Church's sweet twang and smooth control on "Give Me Back My Hometown" hits the spot.

Next in line: Carrie Underwood's "Something In the Water" is a baptismal belter. 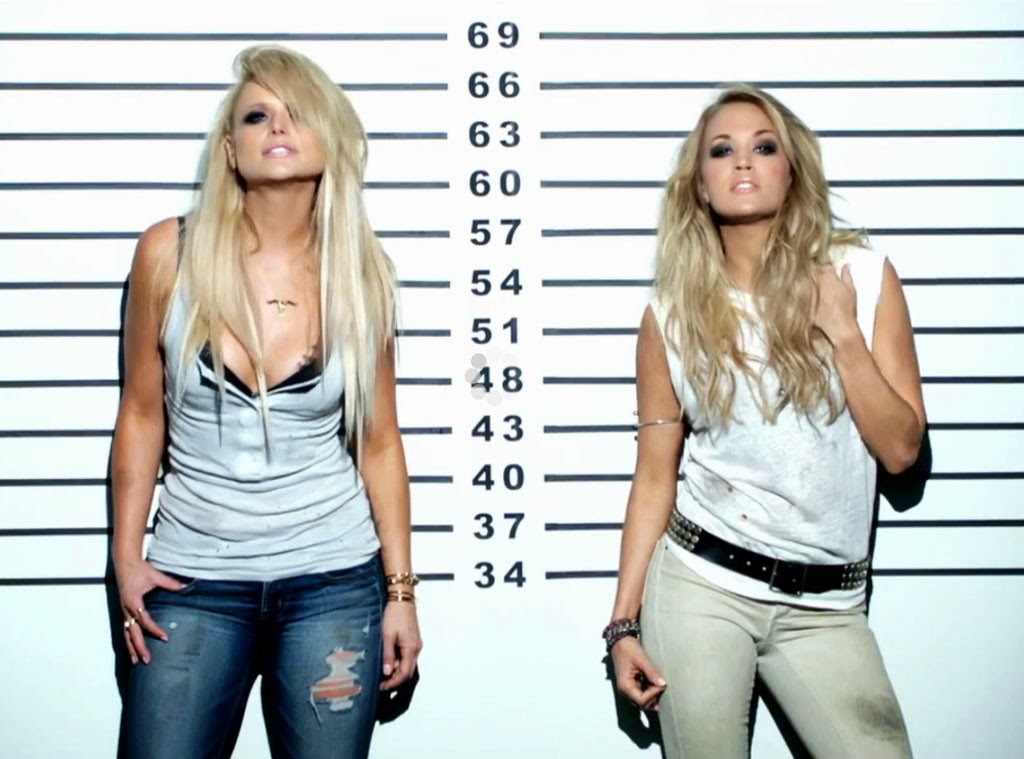 Who will win: The scorcher of a duet between two well-respected country divas Carrie Underwood and Miranda Lambert on "Somethin' Bad" makes the most sense to win.

Next in line: There's still a lot of love left for Tim McGraw and Faith Hill.

WHO WON: The Band Perry. I should have remembered that this was a track from the Glen Campbell doc soundtrack. 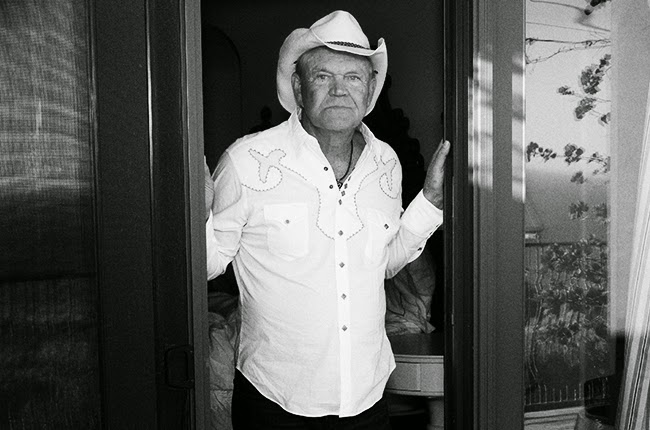 Who will win: This would be a nice, tearjerker of a moment to recognize ailing Glen Campbell, a true legend, whose haunting song was also nominated for an Oscar.

Next in line: Eric Church or Miranda Lambert's wistful ode to pre-internet days would be contenders if not for Campbell. 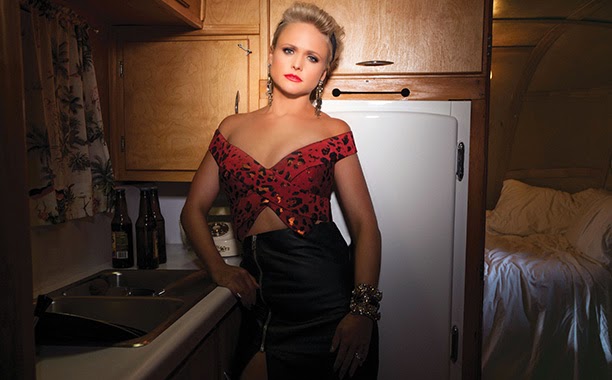 Who will win: Miranda Lambert could finally win in this category for her electrifying, old school charmer. Personally this is my favorite album of 2014. Love its attitude, its lyrics and melodies, and the cohesion of its rootsy styles.

Next in line: Eric Church's record garnered much praise, including comparisons to Springsteen, and whopping sales. In a distant third is Brandy Clark who secured a Best New Artist nomination.

WHO WON: I was so happy for Miranda! Such a fun, brassy album.


Who will win: Sia's eerie gymnastics stint in the "Chandelier" video is the most unforgettable.

Next in line: I guess Arcade Fire's epic (though somewhat controversial), purple-toned gender identity clip for "We Exist"?

WHO WON: Another surprise win for Pharrell. 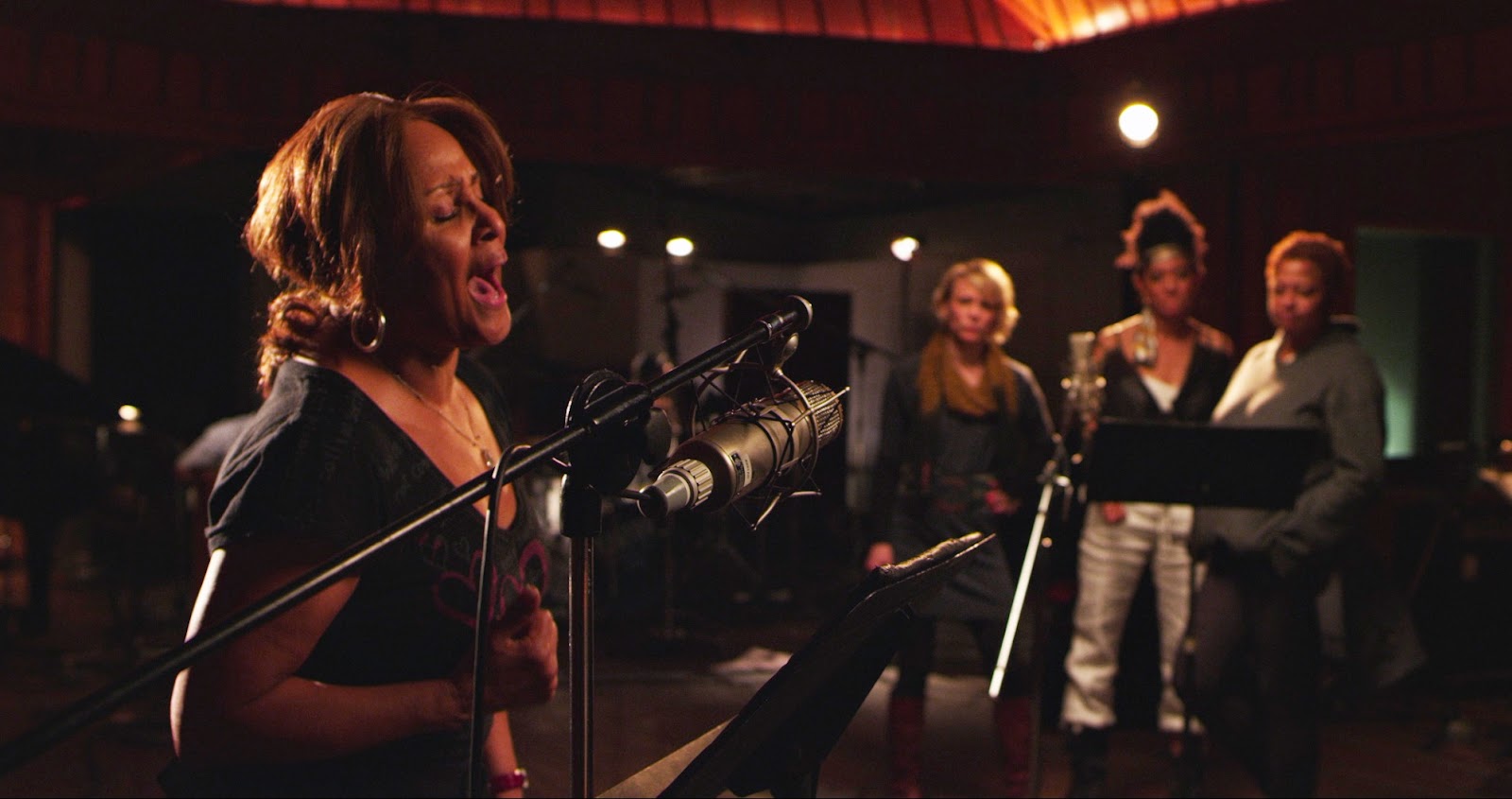 Who will win: Oscar-winner 20 Feet from Stardom is a glorious, rousing look at the life of some legendary (and forgotten) backup singers.

Next in line: The Queen and King doing their thing on their mesmerizing "On the Run" tour.

WHO WON: The lovely 20 Feet from Stardom was a great winner here. 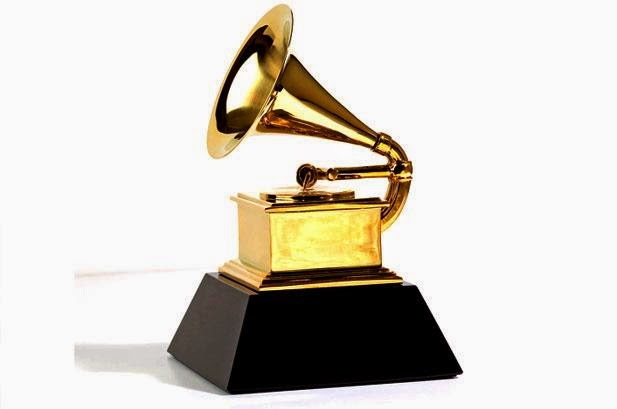 The Grammy Awards are February 8th. Let's see how many I get wrong.

-Jeffery Berg
Posted by MrJeffery at 11:12 AM