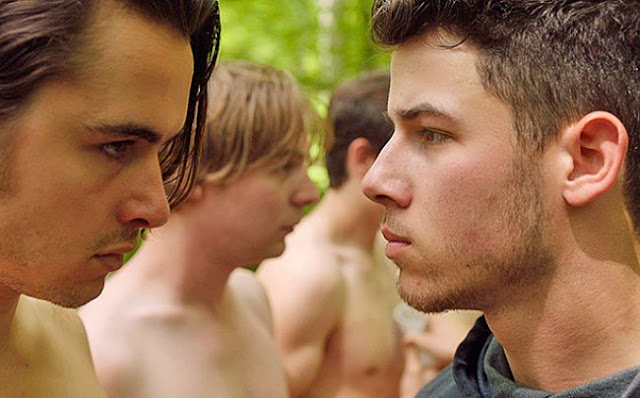 Based upon Brand Land's chilling and stirring Clemson-set memoir, Andrew Neel's film Goat moves to middle-of-Ohio and depicts the behavior of bro bro broiness in its worst and saddest form: reckless frat hazing. I've never belonged to or wanted to belong to this kind of tribe so I can't really state on its accuracy but Goat is unlike anything I've seen--a somber, largely humorless and gorgeously-filmed (cinematography is by talented relative newcomer Ethan Palmer) frat movie. That could be what made Land's account and his descriptive but plain-spoken writing so riveting. The source material is a good match for co-adapter David Gordon Green (it's co-wrritten with Neel and Mike Roberts), known for his slightly off-key, observant and deliberate character portrayals. There's an added layer of timeliness to the film as it lands in America at the end of a long, hot summer in an election year that's been peppered with sexism, homophobia, and racism all rooted in the loudly-proclaimed words of a brash, obnoxious horror show of a man. 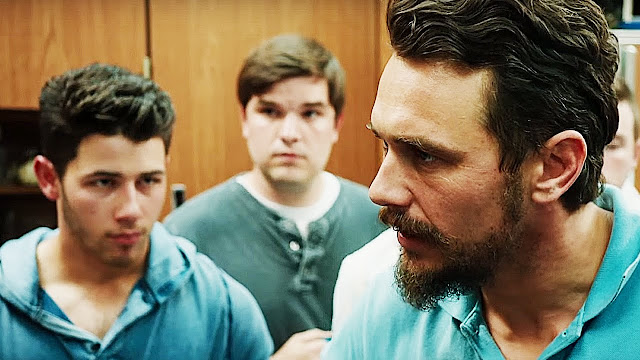 Ben Schnetzer, in an excellent, affecting turn, and Nick Jonas, who's also good, play genial brothers Brad and Brett. Brett's already solid in the frat and convinces Brad, after a traumatic incident, to join in. What ensues is a trail of down-in-the-gutter rituals full of veined-necked yelling and lots of blood, sweat, and beers. "I wanted to assault the audience," Neels says of his work. "I wanted to take them up the proverbial river, into a heart of darkness. I wanted the hazing scenes to feel as though we had fallen off a cliff into a world where rational, nonviolent behavior no longer was the norm. I wanted to try to convey what these men had to go through, and in a heightened way, convey what it really feels like to be a man, going through the world, all the time."

It is indeed sometimes a discomforting--almost gruesome watch. But Goat is also detailed with small dramas of masculine anxiety: at a BBQ, Brad is not able to connect fully over small-talk when he meets upperclassman Dixon (Jake Picking); Brett, sensing the disconnect, is embarrassed and angered and consequently berates his brother. What is the code, what are the appearances and manners one should already have and adapt in this dumb boy cult? Perhaps every association has its own absurdities--unspoken or not. As a washed-up man-child alumni, James Franco pops up in an endearingly over-the-top cameo which begins harmlessly and amusingly and concludes dismally. In paralleling the hazing with Brad's past experience as a victim of physical violence, the movie richly displays the contrast between street punks and college-educated punks in the eyes of law enforcement and society. Even the college administration itself is oblivious--perhaps knowingly by choice--in distant, cozy offices--a dry-cleaned blazer hung on a door. ***1/2

Posted by MrJeffery at 4:04 PM