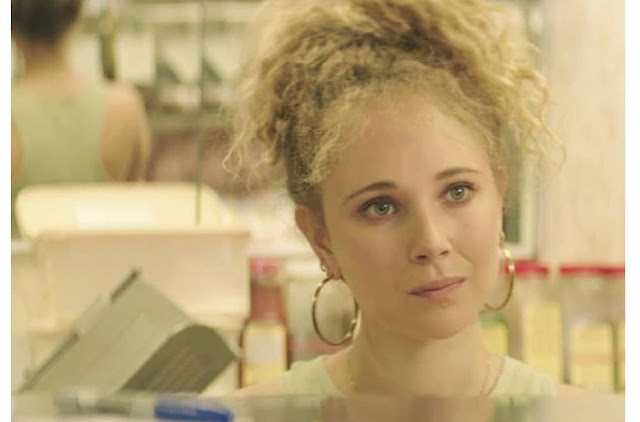 Director Liz W. Garcia creates an evocative slice of life with One Percent More Humid, now screening at the Tribeca Film Festival. It’s a small scale character study, mainly of Juno Temple’s Iris, a young woman working in her New England hometown on summer break from college. She’s been reunited with her pal Catherine (Julia Garner), although they were formerly two thirds of a trio—their friend Mae died in an accident we learn more about as the film goes on. Both girls are struggling with grief and their feelings of guilt regarding the incident, which might be what leads Iris to embark on a passionate affair with her thesis adviser Gerald (a sexily down to earth Alessandro Nivola) while Catherine tries to smooth things over with Mae’s resentful brother (Phil Ettinger).

Garcia, who also wrote the film, gets a lot right. The cinematography is gorgeous and evocative of the small town setting. The dialogue sounds true to life and evokes the complexities of life and emotion.  At first I wanted the movie to avoid involving Iris and Gerald romantically, figuring it would feel exploitative and male-gaze-y. But the screenplay and performances ensure that the affair never feels gross or cliché and allows both characters to act like real people. Garcia stages explicit sex scenes that feel organic and earned, not trashy or overly choreographed. 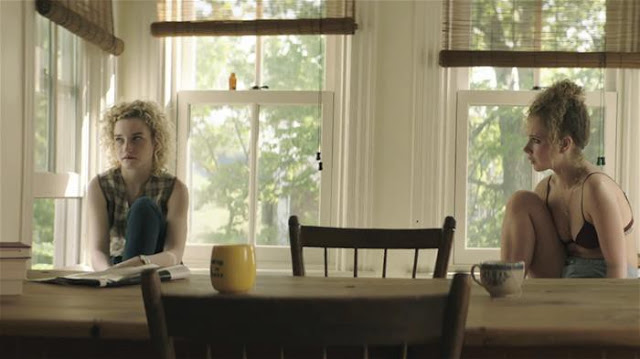 The entire cast is solid—I liked seeing Garner, who was memorable as Lily Tomlin’s granddaughter in Grandma, in a more somber role here—but the film belongs to Temple. She makes Iris likeable, strong, and compelling, and manages to convey her emotions and desires without much dialogue. I’d never seen her before this, save for her tiny part in The Dark Knight Rises, but now I understand why she has a following.

One Percent More Humid is a story that emphasizes character and emotion, and its events unfold quietly and without forced climaxes or resolutions. That’s something to celebrate.

Posted by MrJeffery at 4:56 PM