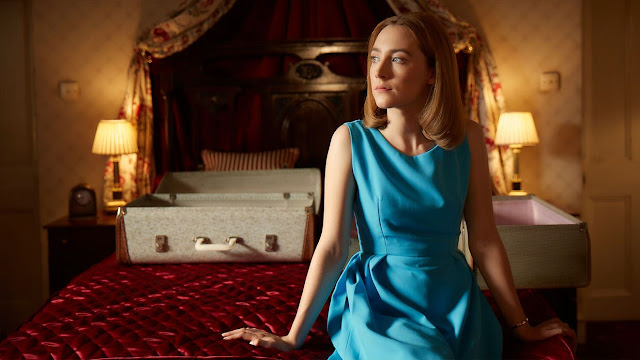 Director Joe Wright and screenwriter Christopher Hampton's Atonement was the most recent big screen adaptation of Ian McEwan's work. Sweeping and charged, the movie was a visually and aurally rich picture with an thwarted love story at its center. With On Chesil Beach, McEwan adapts his own slim novella to great effect. The movie, directed with grace by debut filmmaker Dominic Cooke, is much stranger and winningly more complicated than Atonement--intimate and quirky, wrapped in deceiving beauty. Billy Howle and Saoirse Ronan, both outstanding in tricky, intricate roles, play newly wedded couple, Edward and Florence, in 1962 England on their honeymoon. The expectations of marriage has created a new heavy weight upon their shoulders: they are loving but awkward with one another in their cramped hotel room. 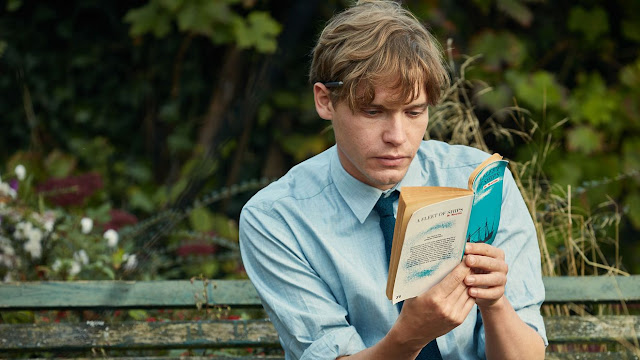 Smoothly, the movie is built upon flashbacks, all of which hold troves of McEwan's specificity, as we see the genesis of their relationship and what has led them here to this moment. McEwan treats this love story with care--his narrative and his detail and dialogue are refreshing and sort of weird. Sean Bobbitt helps meld these twisting tales together with his gorgeous cinematography. A climatic scene situated on the pebbled Dorset seashore landscape of the titular setting against a stark gray-blue sky, is elegantly framed and almost nihilistic in its spareness--Florence's cerulean dress and Edward's black suit, contrast beautifully as they clash upon the shore. 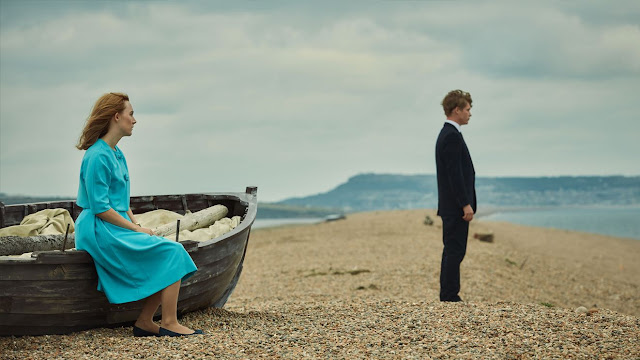 Even when the film swerves into gooey sentimental territory, I was still with the picture, so entranced by the visuals and the superb performances. Howle expresses anguish and nimble comedy with seeming ease and control. His face under his dirty blond fringe never quite looks the same and we watch him transform through the various stages of Edward's life with acuity. On the heels of her indelible turn in Lady Bird, Ronan plays a young woman who is repressed, and of upper-class upbringing, quietly rebellious and compassionate. There's a strive for perfection in her, including her terse direction of her string quartet, but also a freewheeling sense of adventure (wading through woods to visit Edward). Far more interesting than the couple in Atonement or many other films I can think of, I enjoyed how these two were never really pigeonholed. The supporting cast is strong too, especially by pros Emily Watson and Anne-Marie Duff, as two very different mothers unable to emotionally connect with Flo and Edward for very different reasons. The slew of classical music and Edward's proclivity for Chuck Berry-infused rock are balanced throughout nicely even if some of those classical chestnuts were a little too precious. I was also impressed with the cinematic handling of the main underlying problem in the relationship--it's a delicate thing and rarely expressed in films, with Ronan's monologues giving fervent voice to it. ***1/2