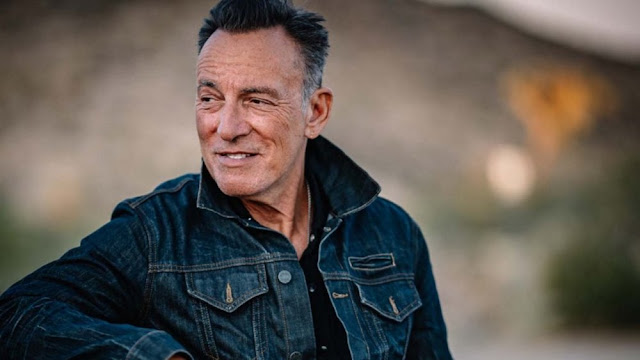 Bruce Springsteen has long been emblematic of American yearning. His new solo album, Western Stars, is a wistful, grand collection of songs. The rock edge of his previous work is more understated and spare here, giving way to a gorgeously-produced full orchestra--with remnants of homage to Glen Campbell's string-drenched Jimmy Webb-penned tunes. The gravel of Springsteen's voice adds a nice tension to the lush tracks. In the film Western Stars, directed by Springsteen and Thom Zimny, Bruce and orchestra play for a small, quiet, seated audience in his hundred-year old, worn-down barn, lit atmospherically by strewn lights. 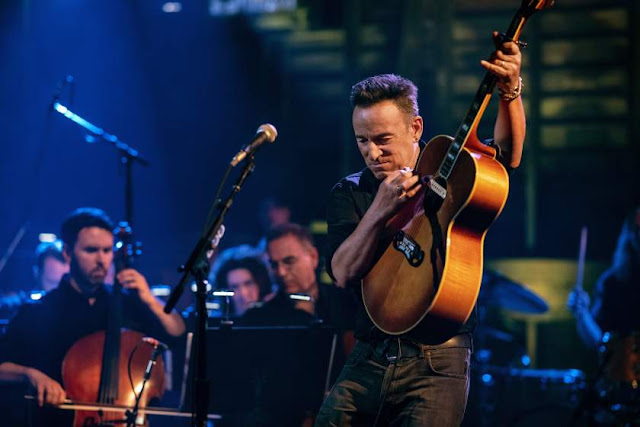 Those expecting raucous arena rock may either be disappointed or intrigued by the deliberately-paced, string and mellow horn-laden tunes. An effective Patti Scialfa performs by his side. Her addition to "Stones" is particularly haunting and reflective and better than the track on the album release. With the exception of a rousing cover of "Rhinestone Cowboy," the film is mostly a play-by-play of the record--no Springsteen chestnut standards emerge. The staid, though vocally and instrumentally impressive, performances are interspersed with slow-mo horses over open landscapes, flitting vintage home movie Americana and some footage of a younger Bruce and Patti. The imagery is not particularly striking, but lovely and pleasing to look at; over it, Bruce ruminates in platitudes on growing old, cars, nature, relationships and the origins of his songs. Overall, Western Stars the film deepened my appreciation of the album and is a nice slice of an artist still delivering beautiful work, even if its wrapped in a sleepy shroud of stars. ***

Posted by MrJeffery at 9:39 AM