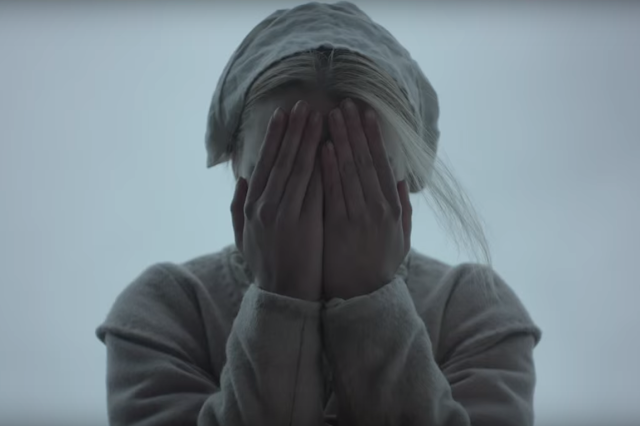 We’re living in a new golden age for horror, as evidenced by how difficult it was for me to compile a list of my ten best of the 2010s. I dismiss the term “elevated horror” as nonsense—great horror movies are great movies, period, and genre classics have always tapped into timely societal fears and anxieties—but there’s no question the last few years have produced some outstanding films. May we continue to be blessed with such terrific horror in the new decade.

Scream 4 (2011) —It might seem odd to put a sequel on this list, let alone a part 4.  But Scream 4 is not only a great addition to the series, and a high note end to the esteemed Wes Craven’s filmography, it’s also a movie as clever about the state of horror and culture as the original Scream was. The hysterical, hall of mirrors opening-within-an-opening-within-an-opening alone makes this a brilliant film, but the movie goes on to riff on remakes and reboots, social media, and the relentless pursuit of fame in the Twitter era. Returning cast members Neve Campbell, Courteney Cox, and David Arquette are in fine form, and the newbies—especially Emma Roberts and Hayden Panettiere—are awesome.

The Cabin in the Woods (2011)—While not exactly “scary,” The Cabin in the Woods is an absolute love letter to the horror genre.  Scream and its ilk seemed to have exhausted the self referential subgenre, but Cabin takes a different tact in exploring horror tropes and stock characters.  Writers Joss Whedon and Drew Goddard (who also directs) delivered an exceptionally clever screenplay, full of fun ideas and all manner of monsters, and the cast is game—anyone who saw this knew Chris Hemsworth’s comic potential way before Thor: Ragnarok. Plus: a Sigourney Weaver cameo!

The Lords of Salem (2012)—I’m a huge fan of Rob Zombie. His movies can be uneven, but he has a truly unique vision. Lords of Salem is his masterpiece.  Taking a sharp left turn from his usual ultraviolence-and-hillbilly aesthetic, Zombie delivered a slow-building, stylish picture in the tradition of The Shining and Rosemary’s Baby. He coaxes the strongest and most naturalistic performance to date from wife and muse Sheri Moon Zombie. Her recovering addict radio DJ receives a mysterious record with frightening ties to the dark history of Salem, MA. The filmmaker makes effective use of Salem locations and packs his cast with offbeat, interesting performers like Meg Foster (the sinister Margaret Morgan), Bruce Davison, and Dee Wallace. It all culminates in a surrealistic gonzo finale that again demonstrates Zombie’s knack for well-chosen music cuts. 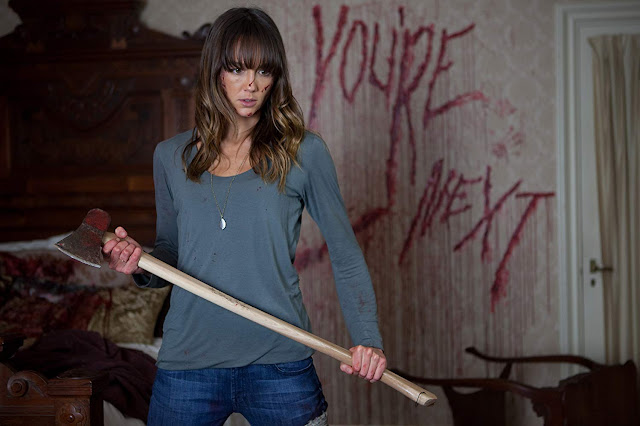 You're Next (2013)—Home invasion movies seemed old hat in 2013, but Adam Wingard gave the formula a much-needed kick in the pants with his mix of action, horror, and jet black comedy. Working from Simon Barrett’s whip-smart script, Wingard delivers a zillion times more entertainment value than most films of this type. A terrific cast, including genre vet Barbara Crampton, AJ Bowen, and a hilariously douchey Joe Swanberg, breathe life into the dysfunctional Davison family, whose reunion is viciously interrupted by a gang of masked intruders.  Luckily, Bowen has invited his sweet Australian girlfriend Erin (Sharni Vinson), who, *ahem*, grew up on a survivalist compound. Vinson is phenomenal, elevating her likeable, resourceful heroine into one of the most unforgettable final girls in cinema history. Plus, the use of Dwight Twilley’s “Looking for the Magic” is one for the ages.

It Follows (2014)—Horror films frequently involve sex, often with fatal consequences. David Robert Mitchell’s masterful debut makes the connection explicit: sex is the method by which characters are afflicted with a demonic stalker, one that can only be thrown off the track by passing it on to a new partner. This inspired concept is translated into a beautiful, stylish, extremely creepy film. Maika Monroe is terrific as the curse’s latest target, and Mitchell sets his tale in the same sleepy, small town world as classics like Halloween. 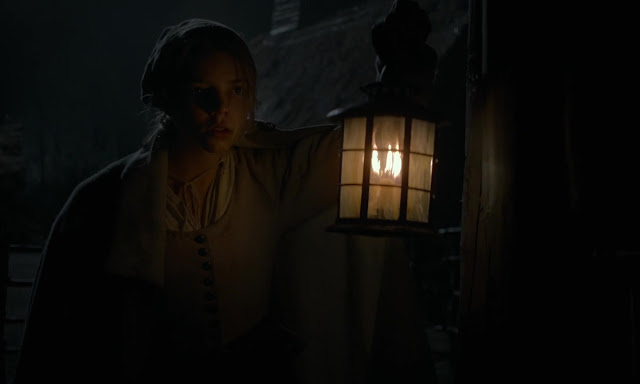 The Witch (2015)—Like Lords of Salem, writer/director Robert Eggers’ instant classic plays with the legacy of the Salem Witch Trials. His approach is a more “realistic” period drama that focuses the hysteria on one family of outcast Puritans living in the woods of some unnamed New England state. It takes its time, gradually introducing the possibility of diabolical forces until horrors real and imagined are tearing the family apart—with eldest daughter Thomasin (a sublime Anya Taylor-Joy) getting scapegoated for all the misfortune.  The truth behind everything isn’t revealed until the very end, but Eggers’ carefully crafted film makes a strong case for the journey being just as important as the destination. He also taps into the same bleak, repressive conditions for young women of the period that fed the real life events.

Get Out (2017)—The sudden emergence of comedian Jordan Peele as a master of horror has to be among the most welcome surprises of the 2010s. His sophomore effort, Us, is my personal favorite, but I selected his debut because it both heralded his emerging talent and commented on sociocultural anxieties in a profound way. This note perfect rebuke to the idea of a “post-racial” America is both astute commentary and just plain terrific entertainment. The pacing, brilliantly twisty script, and affecting performances—Betty Gabriel and Allison Williams were Oscar caliber—made this an all timer. 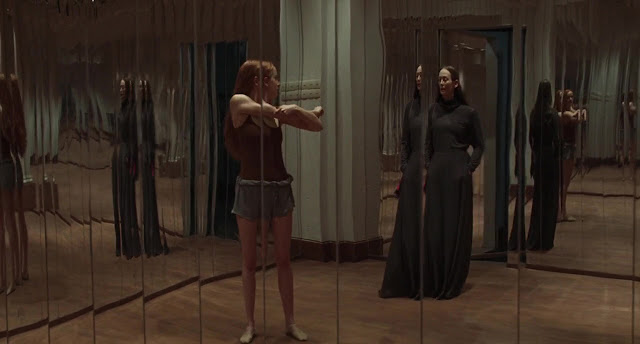 Suspiria (2018)—Remakes are a fact of life for horror fans, but this decade saw some great ones, from the fun Fright Night (2011) to 2019’s subversive feminist take on Black Christmas. None compared to Luca Guadagnino’s towering re-imagining of the Dario Argento classic about a Berlin dance academy secretly run by witches. His epic, carefully controlled film benefits immensely from the two women at its center: Tilda Swinton and the never better Dakota Johnson.  Swinton is in top form as instructor Madame Blanc and the tormented Dr. Klemperer, whose patient disappears within the walls of the school. His character wrestles directly with the legacy of the Holocaust, a heady theme Suspiria tackles along with the political climate of the 70s. Johnson stuns as the seemingly naïve Susie, who enters into an intense emotional relationship with her teacher and pushes her nascent dancing skills to the supernatural limit  (Johnson trained for years for the role, and it pays off). This is a gorgeous, confident film filled with dreamlike imagery, jarring shocks, and a muted color pallet that conveys the severity of a German winter and the dangerous forces that threaten the students. Thom Yorke’s original score and songs are tied intrinsically to an unforgettable vision. 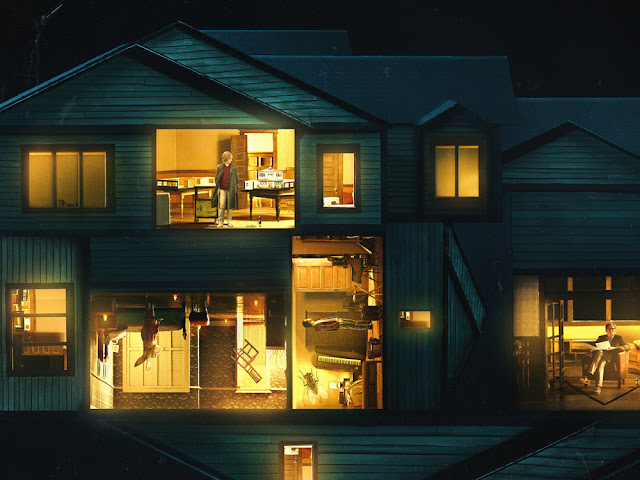 Hereditary (2018)—Ari Aster’s debut film has been somewhat divisive, but I remain firmly in its camp. He’s got a fine eye for detail and excellent cinematography, and he elicits harrowing performances from his actors: Toni Collette was justifiably applauded for her angry, grief-stricken mom Annie, though Alex Wolff is also strong as her tormented teenage son Peter. The mixture of family tragedy and supernatural terror is unbelievably unsettling, building dread with the assistance of Colin Stetson’s score and some well-timed, unforgettable shocks. By the time the horror explodes in truly operatic fashion, the audience feels as emotionally wrecked as the helpless characters. 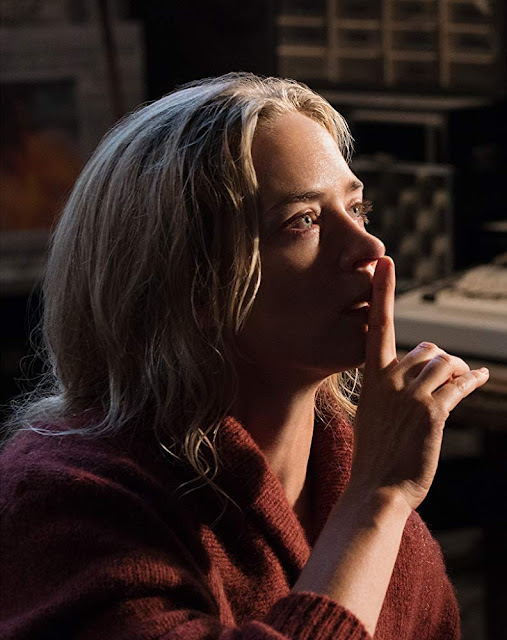 A Quiet Place (2018)—Another brilliant concept—monsters that hunt you based on sound—is executed in stunning fashion by first time director John Krasinski.  His harrowing tale of a family living in fear of these beasts works as both an emotional drama and a pulse-pounding thriller. A Quiet Place builds a believable world in exquisite detail, aided by Bryan Woods, Scott Beck, and Krasinski’s screenplay and absolutely essential sound design. The director gets an astonishing performance out of his talented wife, Emily Blunt, as the mom who has to give birth in terrifying, excruciating conditions. The sequel looks promising, but this is going to be a tough act to follow. 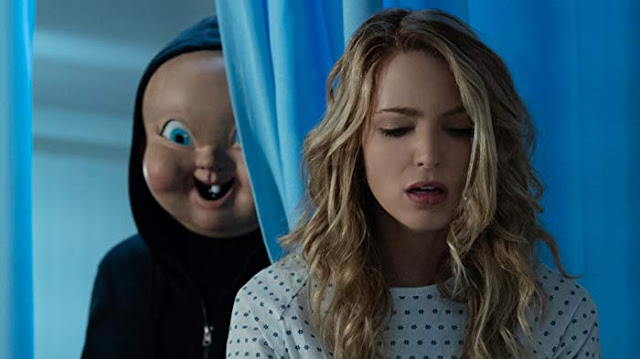 Posted by MrJeffery at 1:03 PM

Email ThisBlogThis!Share to TwitterShare to FacebookShare to Pinterest
Labels: a quiet place, cabin in the woods, Film, get out, hereditary, horror, it follows, justin lockwood, scream 4, suspiria, the lords of salem, the witch, you're next