am i my résumé? 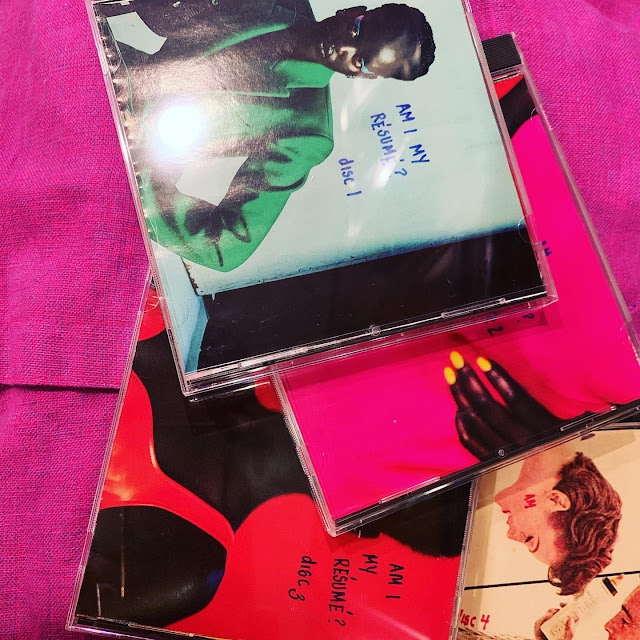 The title comes from a strand of lyric from A Chorus Line which repeats itself a few times throughout. It suddenly became an overarching thematic line in many of the songs with the idea of work, jobs and identity. From a 50s magazine, I found an image of a kid's drawing of a gas station attendant with the child pointing at him. It is a crystalline, sort of biting encapsulation of human = job. 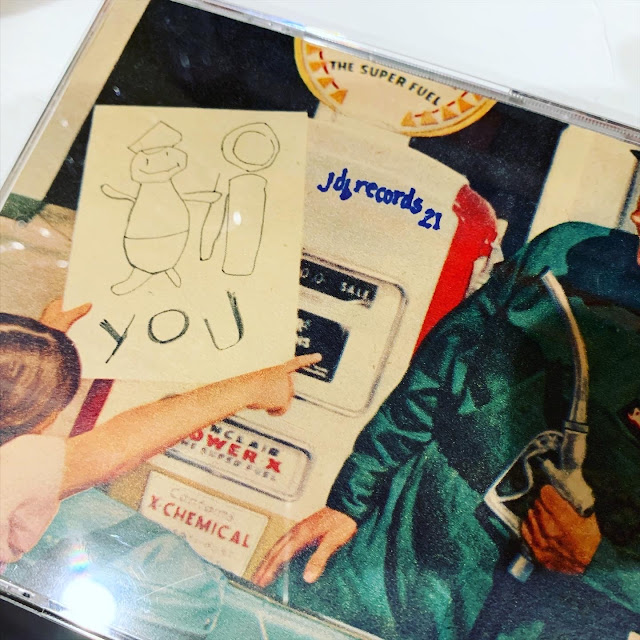 Knowing Ben's eclectic taste, I felt the freedom to be bold with some of the choices and include things like Sheena Easton's "9 to 5 (Morning Train)" which ended up pairing so elegantly with St. Vincent's "My Baby Wants a Baby" as a poignant coda on the final disc (it just so happens I found another symbolic ad from the 50s magazine of a woman staring into a white wicker buggy). 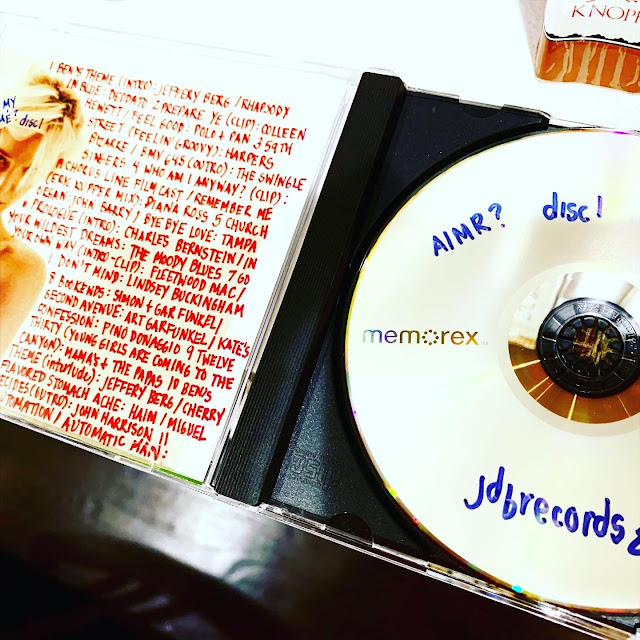 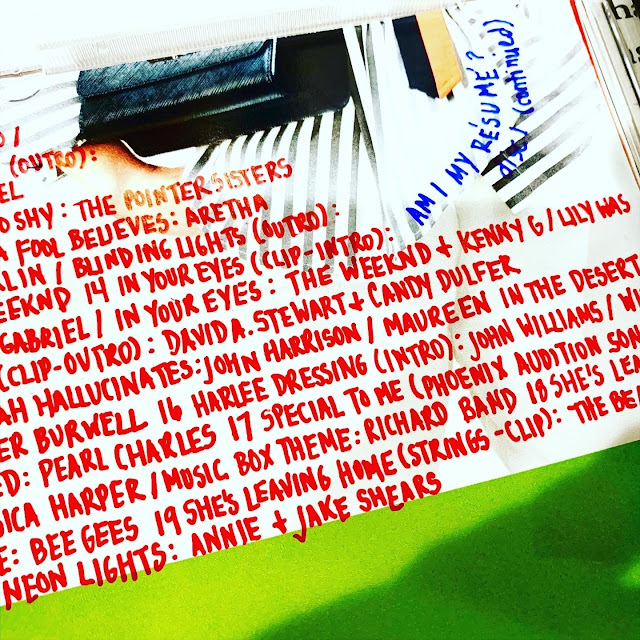 I loved re-discovering the song "Worthless" from Brave Little Toaster--which has to be one of the saddest tunes ever from an animated movie--where junkyard cars quickly rattle off their life stories before being demolished. Its first line "I can't take this kind of pressure" went well with an extended, charged Jimmy Michaels' remix of the Billy Joel song. 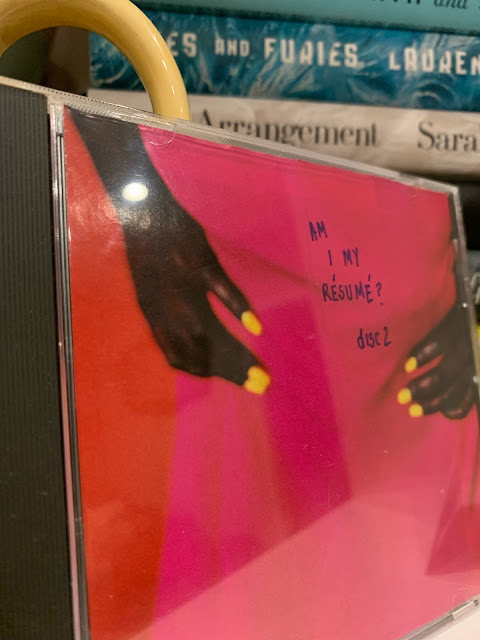 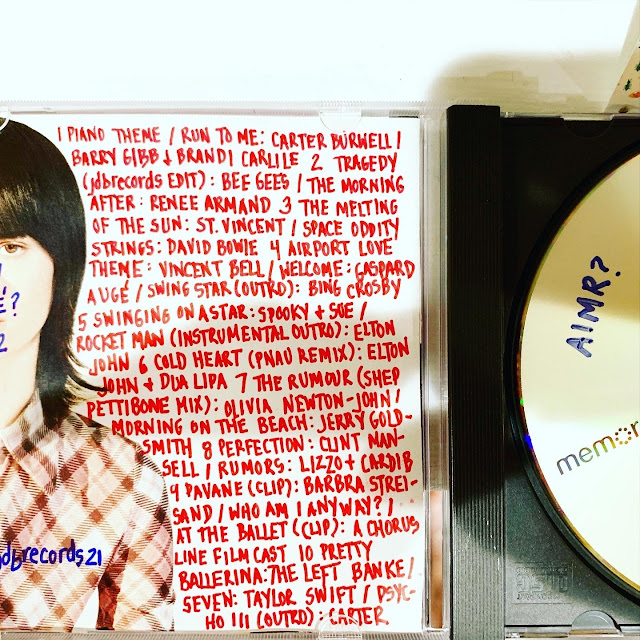 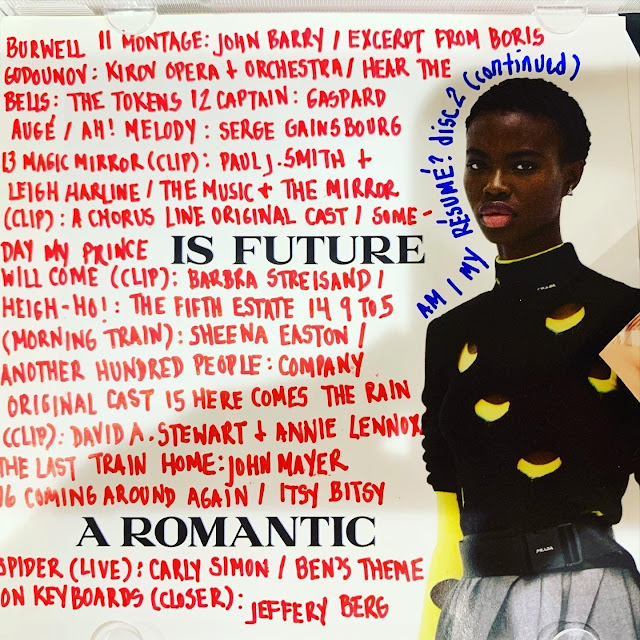 I also wrote and performed some simple piano themes for Ben which I think I'll continue doing for future mixes. One interlude is a track of beats, "Mall at Dusk," which morphed into Carter Burwell's haunting electro track "Duke in Bar (Warm as a Cry for Help" from Psycho III. 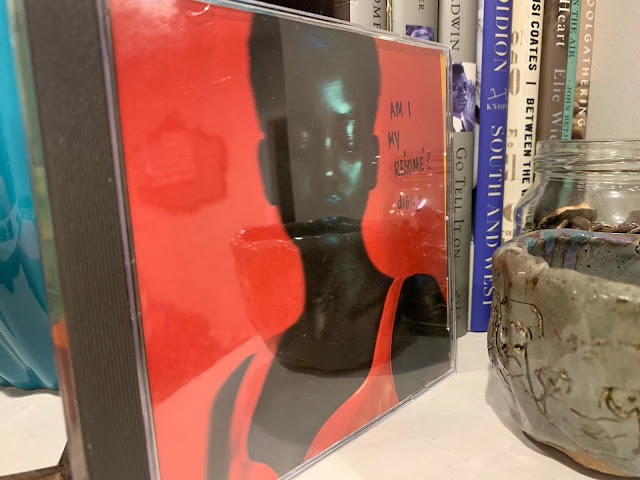 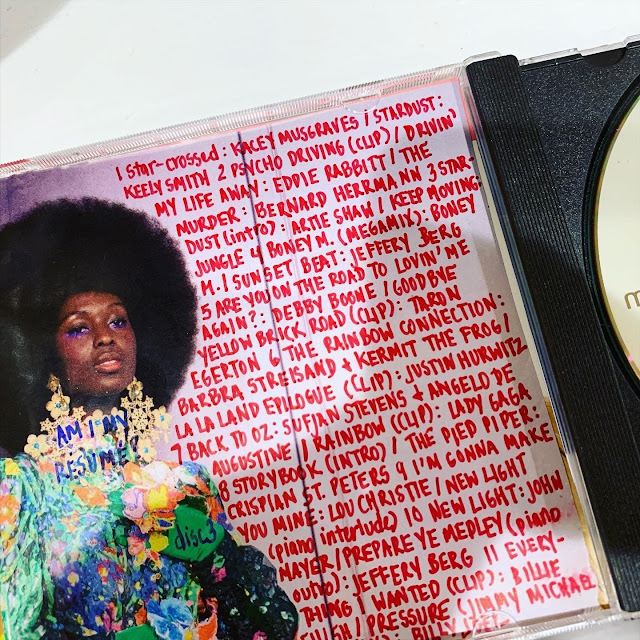 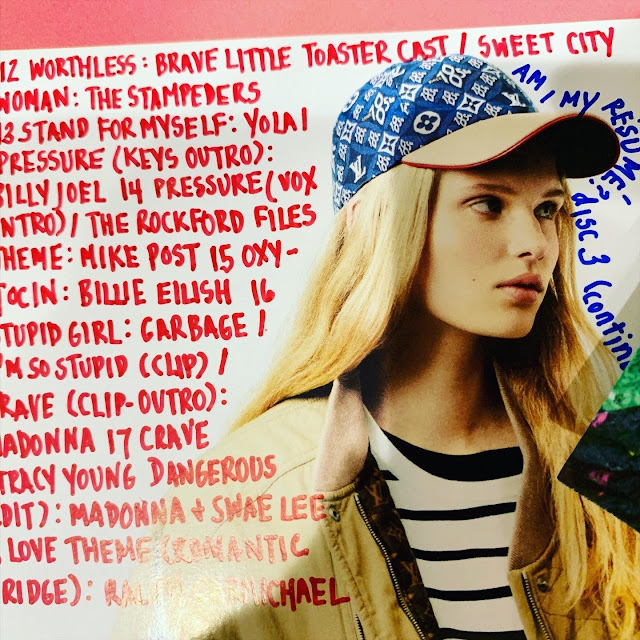 Given all the music cues I set up on the first and second discs, it became apparent I was creating something sprawling & had to keep going. I tried to hone things in for landing on the fourth disc, which ended up becoming more country-infused than I expected. It opens with a song I think I've taken for granted over the years, finding it corny, but now it feels like such a winsome, perfect pop song in these turbulent times--Climax's "Precious & Few." 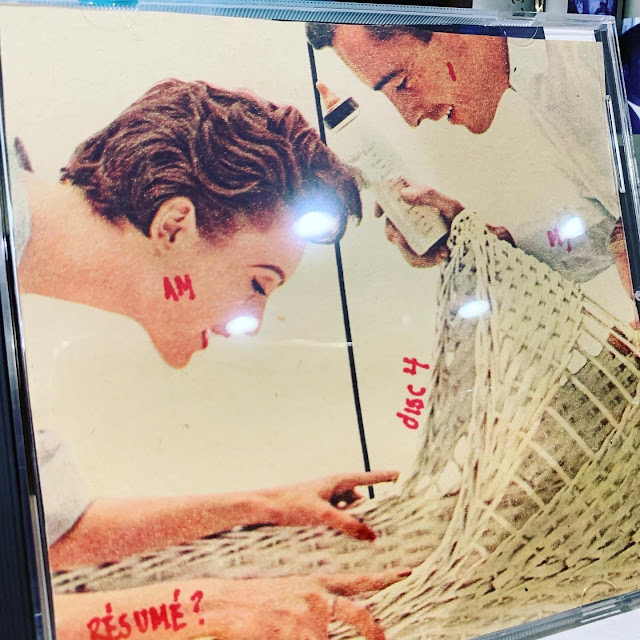 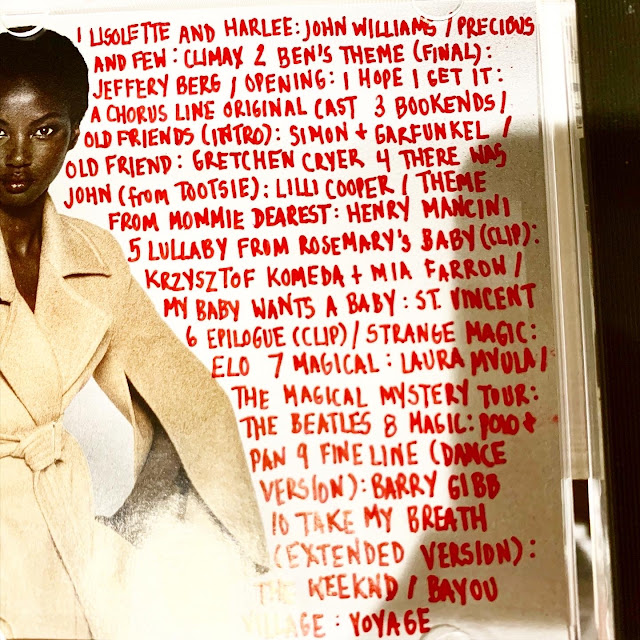 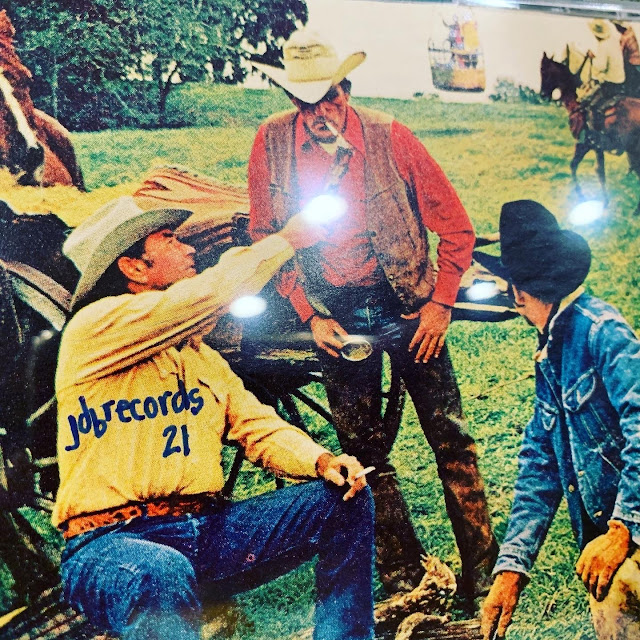 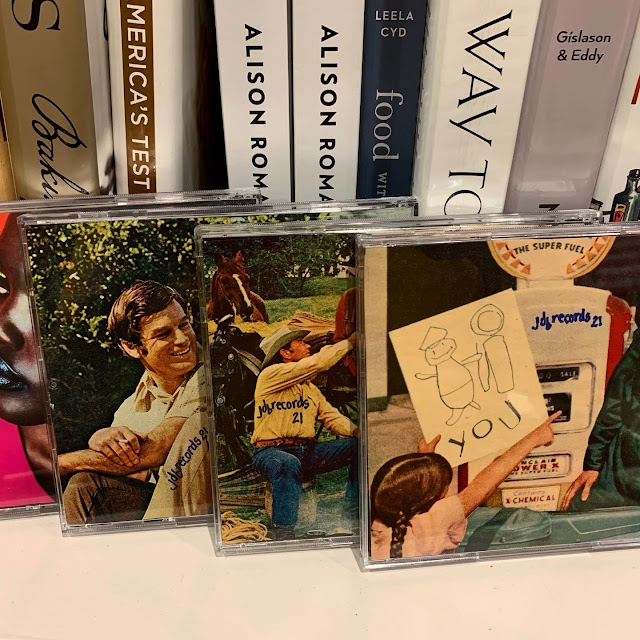 Posted by MrJeffery at 1:06 PM