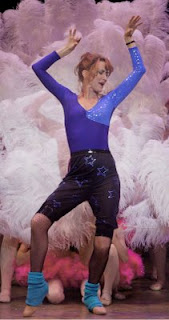 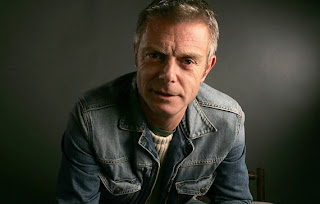 Sometimes I wish Stephen Daldry was my boyfriend. He is 6'2 and has pretty hair. I also appreciate his artistic vision. When The Hours came out in theaters, I saw it five times. I also loved The Reader which was in similar vein: cross-cutting different eras, somber, and unsentimental. A veteran of the theatre, Daldry's experience is evident on film: he gives the actors space to move around and speak long (borderline pretentious) David Hare passages, with strict control of their appearance (costumes, fake noses, prosthetics) and surroundings (period detail and lighting).

I was lucky to catch Billy Elliot at the Imperial Theatre last night. Daldry's musical is superior to Daldry's 2000 film. The dance sequences are lithe, energetic and beautiful to look at especially when meshed with the bleak coal mining strikes of its setting: 1980s England. The young lead (played by 3 different actors--in this performance, Kiril Kulish) and his salty dance instructor Mrs. Wilkinson (Haydn Gwynne) are excellent. There isn't a "Memory" or a vocal powerhouse number but Elton John's songs move the show along nicely. The producers have kept the integrity of the show, with its complex gender and social issues, without watering it down for America. I can't think of a recent musical as good.

Like the subject matter and characters of his work, the nature of Daldry's sexuality is ambiguous. After a long relationship with a male set designer, he married a woman and had a child. He told The Advocate: "We're allowed to do everything. I refuse to be boxed in to the idea that 'Oh, no, I can't have kids 'cause I'm gay.' I can have kids if I'm gay. And I can also get married and have a fantastic life...To all questions [having to do] with my marriage, the answer to everything is yes. Do I have sex with my wife? Yes. Is it a real marriage? Yes. Am I gay? Yes."

Stephen, I wish you the best in love and art (forthcoming adaptation of The Amazing Adventures of Cavalier & Clay) but if you ever want to move on, I am here.
Posted by MrJeffery at 6:53 AM