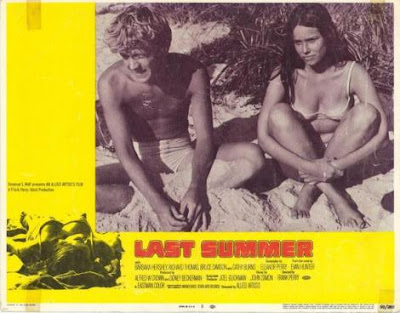 Released a few years after the Summer of Love, Frank Perry's Last Summer

centers on a bizarre love triangle of pretty, emotionally stunted and privileged youth and an awkward misfit who enters their circle. I'm always on the lookout for authentic films that are more concerned with behavior than plot, with characters trapped within a certain time period. Like his cinematic version of The Swimmer,

Perry's film definitely delivers the goods in that regard.

A beautiful and vicious Barbara Hershey plays Sandy who exploits the attraction of two friends Peter and Dan (Richard Thomas and Bruce Davison in early roles). The three of them quickly form a sort of gang-like solidarity. Rhoda (an unforgettable, wrenching Catherine Burns in an Oscar-nominated performance) happens upon the group on the beach. Her gawkiness and passiveness is preyed upon by the trio who eventually commit an act of violence. 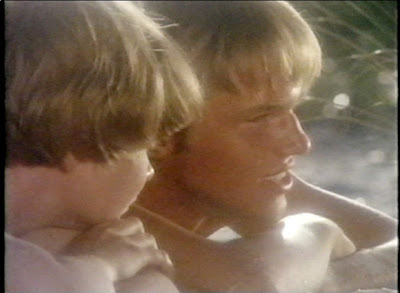 feels achingly stuck in 1969. Full of close-ups, the film never really strays much from the main characters (parents and adults are mainly on the fringes--voices in the background) and their strand of beach. It's not until a stirring monologue by Burns that someone else is vividly realized--the ghost of Rhoda's mother (in a red swimsuit) on the night of her drowning. Like Rhoda, the film itself, based upon Evan Hunter's novel 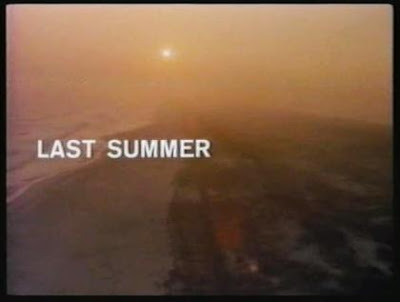