the romance of practicality 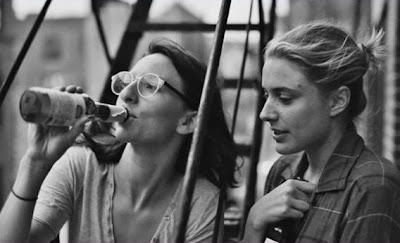 The film Frances Ha is essentially about "the romance of practicality."  That's how director Noah Baumbach described his latest, and perhaps best, effort--a nimble character study of a hapless, socially awkward New Yorker (Greta Gerwig) who yearns for all the "practical" things we all yearn for (a place to live, rewarding work, some money, and companionship).  Those things can be hard to come by, especially within the landscape of New York City (economic uncertainty is one of the film's major themes) and once Frances's longtime best friend, gawky bespectacled publishing employee (she doesn't read, according to Frances) Sophie (an excellent Mickey Sumner who is Sting's daughter), decides to live with someone else in Tribeca and then eventually gets married to a businessman appropriately named Patch (Patrick Heusinger, who is able to break his character free from stereotype in a few scenes). Sophie and Frances's affection for one another is almost cloyingly claustrophobic in early scenes and but then grows distant and caustic as Frances flits from one address to the next and her modern dance career stalls. 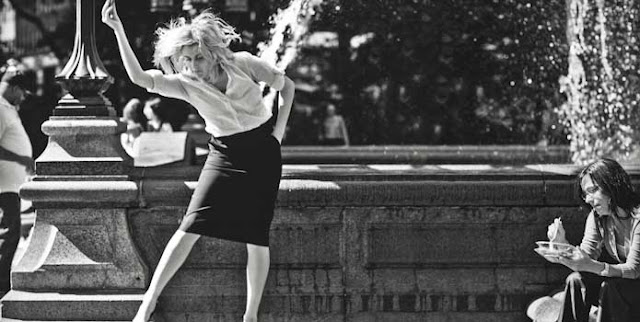 Filmed in black and white, Sam Levy's supple photography owes much to Gordon Willis's work on Woody Allen's Manhattan. It's hard to imagine the movie in color (a joke by Frances's Sacramento mother about a red cutting board is made even more sardonic): each shot is like a photograph.  The richness of the black and white and the excellent, sometimes French New Wave-inspired editing (by Jennifer Lame) is what makes it a cinematic experience and also what separates it from that certain HBO show that people seem on intent on comparing this film to in reviews.  Short moments become elongated (a desperate search for an ATM machine) and longer ones are cut in montage (a trip home to Sacramento for the holidays). 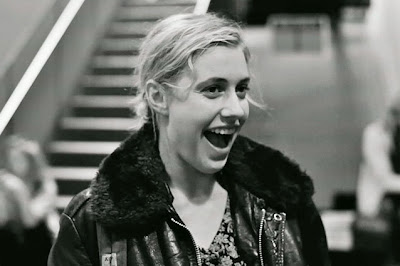 Despite the artistry of the photography, the film never feels too fussy or studied.  Baumbach and Gerwig collaborated on the script which is biting and sincere and full of funny lines. The looseness of the screenplay (Baumbach contends the film wasn't improvised and that it consisted of multiple takes) and the narrative make it lissome. And yet its organized too--broken up in chapters (by addresses) and in its centering upon the tumultuous friendship between Frances and Sophie--which becomes the film's driving conflict.  The music is a patchwork of music from Truffaut movies and an inspired use of David Bowie's "Modern Love" (Gerwig's spirited backpacked run set to this tune, with an occasional grand jeté, through downtown crosswalks is a joy).

Frances Ha creates many tensions throughout between the lithe and the clumsy, rich and poor, the distant and near.  In a jaunt to Paris, ironically set to Hot Chocolate's "Every 1's a Winner," the film avoids falling into obvious romantic territory with a credit card-fueled journey that feels sad and amusing and real to Frances's predicament.  The performances are incredibly sharp.  Even though we've seen Gerwig before as an awkward songbird, her turn here is distinct and revelatory.  Sumner is unrecognizable as Sophie, doing an American accent and changing the register of her voice to completely disappear in her complex character (a later scene between the two in a dorm room is unexpected, intimate and moving). Gerwig's real parents memorably figure. I also loved Charlotte D'Amboise as Frances's dance studio boss, with her pixie cut, little eyes, and clipped little digs that Frances is unable to comprehend.  Overall the movie is a sometimes breezy experience but also a heady one.  Perhaps because of its unique editing style and because I was so caught up with the emotions within the story, Frances Ha felt much longer than its 85 minute running time; I had felt I had gone through these rocky years with her.  The evocative final shot is redemptive in its way, some practical things happen, but still with shades of uncertainty.  ****