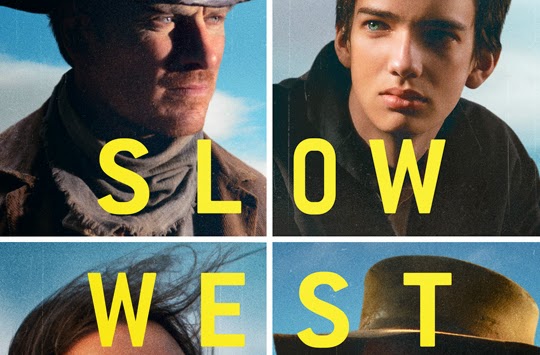 The Western as a genre is a bit of an anomaly these days, so it’s interesting to see one released in 2015.  Slow West, the debut film from director John Maclean, checks off most of the cowboy requisites while bringing a subtly indie approach.

The movie centers on Jay (Kodi Smit-McPhee), a naïve Scottish kid stumbling across the American west in search of the girl he loves (Caren Pistorius).  Lucky for him, he chances to meet Silas (Michael Fassbender), the archetypal drifter who agrees to escort Jay to his destination in relative safety.  Though there are plenty of tense gun battles and twists and turns, the movie unspools at a leisurely pace befitting its title and retains a slice of life quality that humanizes the conventions of the Western.  The acting is a big part of that; Smit-McPhee is the kind of actor who can convey character vividly through very few words; his big, soulful eyes do most of the acting.  Fassbender is typically good; this is the kind of part he can do in his sleep.  Pistorius, meanwhile, brings depth to a part that proves more complicated than the mythical “damsel in distress.”  She doesn’t necessarily need saving, and even if she did, the gentle but somewhat clueless Jay probably wouldn’t be up to the task. 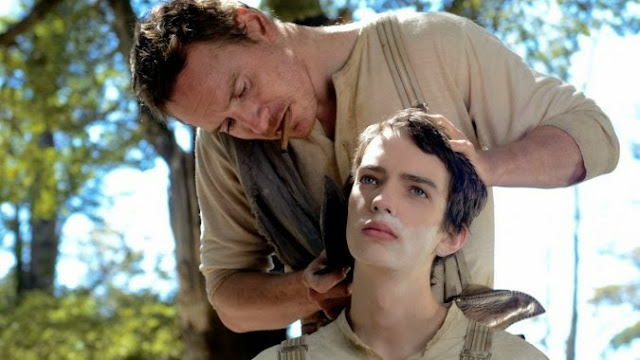 The relatively simple storyline combined with the tremendous look of the film leads me to believe Maclean is interested largely in visuals.  Compelling images are what stuck in my mind after watching: a bright green caterpillar snaking across a Native’s face; the comic sight of Jay and Silas in white pajamas on horseback, their clothes stretched out on a rope between them following a rainstorm.  The framing and camera angles are excellent without being showy.  But the American countryside, played here by lush New Zealand, is stunning to behold, and contrasts sharply with the brutality and violence that unfold.  In this way, Slow West conveys a message more subtly than its too neat ending.  The old west was mesmerizing, Maclean shows us, but also brutal and unforgiving.  His movie taps into the Western genre’s potency without foregoing realism.