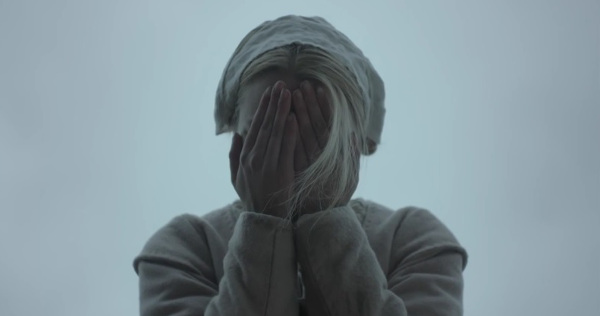 Perhaps because of the legacy of Arthur Miller's The Crucible, it's difficult to watch Puritan dramas without thinking of them as allegories to modern times. Robert Eggers' impressively focused, chilly horror yarn The Witch lands in a week of Republican presidential candidates looking into the glass, asking "mirror, mirror, who's the most Christian of them all?"  Following the travails of a banished Puritan family in a gray-skied remote setting, The Witch builds slowly and cautiously, with a layering of menacing symbols (a bloody egg, wood-chopping, a staring bunny with crazed orange eyes) and quick cuts to silence. As the film progresses, the titular character nestled in the woods becomes sort of a ruse as the film is more about people viciously turning on one another out of fear. Peppered with some homages here and there (I spied The Shining and Carrie in particular), the movie plays out in grim, dramatic fashion by a uniformly excellent cast with nary any humor except the wickedly ironic death sequences. 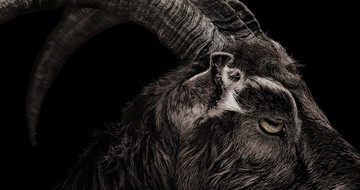 Picked up by indie studio A24, The Witch was brought to cinemas to cash in on mainstream American's reliable ticket buying habits for horror. More Haneke than Saw, it might be a disappointment for those looking for a noisy thrill-ride and thy Pilgrim-lingo will be lost on those who want their dialogue spoon-fed and crisp (one patron at my theater exclaimed after it ended, "What a piece of crap!"). But what isn't the usual in mainstream movies are the strengths in The Witch: the gauzy speechifying, the sawing strings, choral stabs of Mark Korven's eerie score, and the hypnotic, claustrophobic woodsy landscape (filmed in rural Canada) all add to the film's unshakable mood. Even though I walked out of the cinema in an environment in stark contrast to Pilgrims in the woods, it took a while for me shake off my sense of dread and a creeped-out suspicion of my city surroundings..  ***