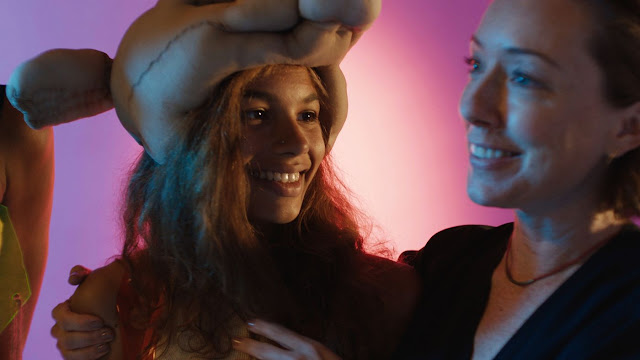 There's both a distilled preciousness and a noisy raucousness to Josephine Decker's spirited film Madeline's Madeline. I enjoyed the movie quite a bit on a humid late-summer evening--relishing in the occasional histrionics and the arty embellishments. At the core, the story is somewhat simple--a titular teen actress (a grand, all-encompassing turn by Helena Howard) is part of a performance group in a shapeless process of creating a show, led by Evangeline (played spryly by Molly Parker). Evangeline is a fascinating character, one who flits between showing warm emotion and expressions of displeasure. She's the kind of person, because she's so obviously critical, who once offers you attention and praise, makes you ecstatically grateful. It's in this way she becomes the key manipulator of Madeline and gains control over her as Madeline's tense and oft-concerned mother Regina (Miranda July) is losing control. Perhaps July would seem the more obvious choice to play a kooky theater director with Parker as concerned mother but the flipping of the two make the movie more compelling; their relationship is often driving the picture even when they aren't onscreen together. Parker for me was particularly sublime. I liked all her little details--her plainness, her expressions, her perched eyeglasses. When we get a glimpse of Evangeline's low-key boho vibe in a mesmerizing friends and family gathering sequence, we see the contrast between her in brownstone home-life mode versus work-life. I recently discovered how talented Parker is with touchy subject matter in 1997's Kissed--another delicately crafted movie that could have become clunky with another lead. 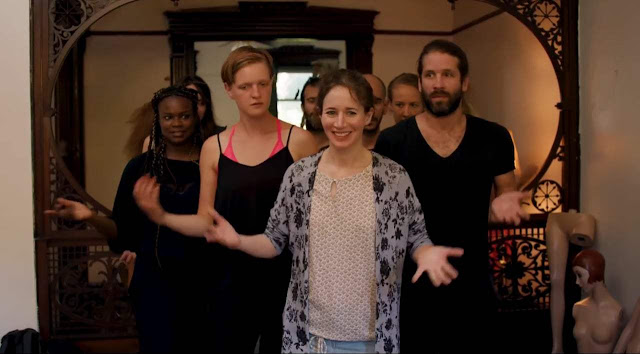 Decker has created a complicated universe that is Madeline's headspace. The Sound design is magnificent work. It bangs along in seemingly disordered fashion that creates, and sometimes negates, mood and anxiety. This film reminded me of a few other movies: a little of Black Swan, the recent Laurie Simmons' picture My Art and a favorite of mine, Last Summer in the Hamptons. Hamptons and Madeline both share studies in feline behavior and other acting exercises. These bits of craft, rarely seen onscreen, can be somewhat unsettling and ridiculous to watch. But there's something so beguiling for me to see artists, especially the three main actresses in this film, at work--the blending of performance techniques with the emotional broils of the characters within the film itself.  ***

Posted by MrJeffery at 3:44 PM