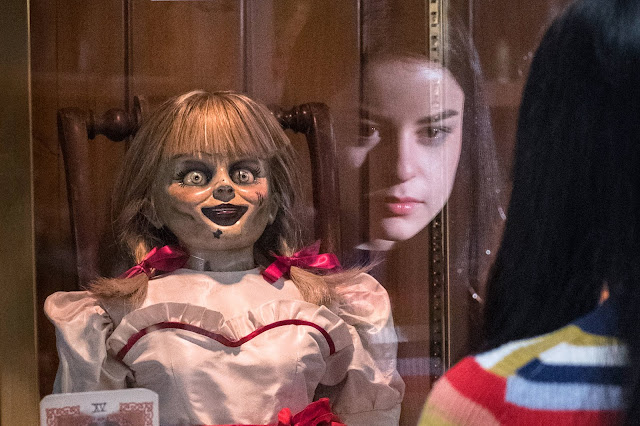 I’ve been listening recently to the audio book of John Updike’s Rabbit Redux. It takes place in 1969 Pennsylvania during the moon landing, 2001: Space Odyssey, Chappaquiddick and the beginnings of parking lot sprawls. Depicted within is Rabbit's white male rage against blacks, Greeks shilling Toyotas, chemicals in food, the Kennedy clan and FDR, smug late night hosts on the “idiot box.” In his piercing critical essays on cinema, James Baldwin said of The Exorcist, "The mindless and hysterical banality of the evil presented... is the most terrifying thing about the film. The Americans should certainly know more about evil than that; if they pretend otherwise, they are lying, and not only blacks—many, many others, including white children—can call them on this lie." So much in America could be described as "mindless and hysterical banality." In the year of the 50th anniversary of the landing on the moon, the same systematic powers persist, the same evil churns, and we still go to movies to be presented with horror--affecting us all in differing ways.

If the fashions and AM gold music cues bear true—Annabelle Comes Home takes place somewhere in the middle of the eras of Rabbit Redux and The Exorcist. This is the latest Warner Brothers horror quickie with period polish in James Wan’s seemingly endless universe of Lorraine and Ed Warren supernatural lore. Directed with Scooby Doo panache and bumper car haunted fun-house inflected cheese by Gary Dauberman, the new Annabelle sequel is surprisingly effective in its mostly "one night," small parameters of the Warren house: a fog machine and jump scare-drenched treat. Dauberman helped write many of the Conjuring spin-offs as well as the It remake—all of which are of varying degree of quality (I was lulled asleep in the theater by The Nun). 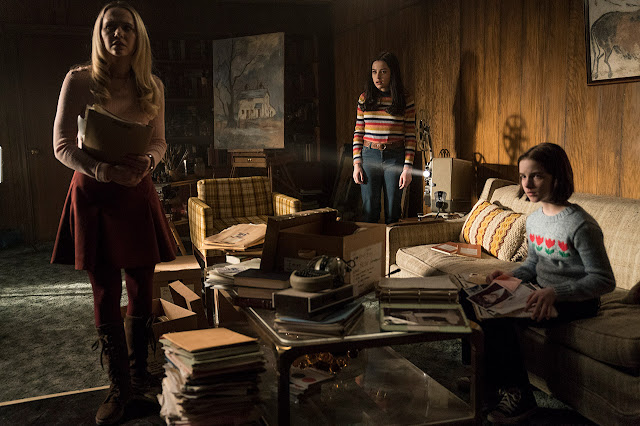 But Annabelle Comes Home is a groovy sleepover flick with textures that could have been devised by Sofia Coppola (egg beater whipped pink frosting, wallpaper of thorny twisted red blooms, an effectively used Mattel pastel boxed late 60s game called Feeley Meeley). The story follows Annabelle as she's taken back to the Warren house and enclosed in a cathedral glass cage, to keep the evil "contained." A goody goody babysitter Mary Ellen (Madison Iseman) is watching the young Warren daughter Judy (Mckenna Grace--who memorably played young Tonya in I, Tonya) and also celebrating her birthday. No one wants to hang out with the ostracized Warren kid, but Mary Ellen's friend Daniela (Katie Sarife) crashes the party and snoops around the Warren's off-limits room to attempt to communicate with her dead father. The movie is mostly bump-in-the-night hi-jinks of Daniela unleashing all the haunted relics in the Warren house. When Daniela opened Annabelle's glass room, someone in my audience loudly groaned. The person next to me simply said "nope." I do wonder if the movie would have more effectively opened with Daniela's car crash that killed her father. It might of made the movie less of a stretch to drum up much sympathy for the havoc she ends up releasing. But oh what fun is to be had for the audience watching all the sinister heirlooms on the loose. 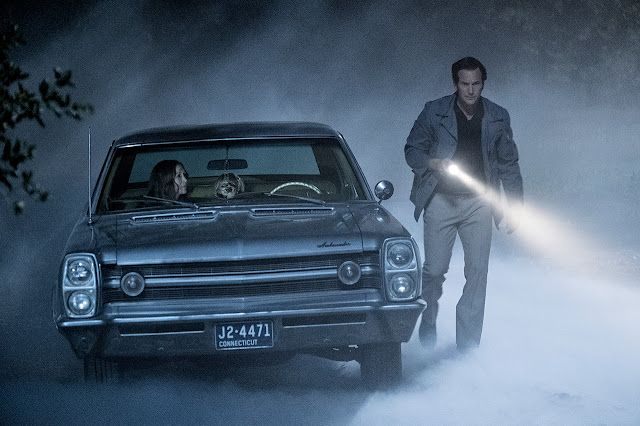 The bright uplift of the film's coda is a crass, glimmering elegy to Lorraine Warren (one wonders, would she have wanted it any other way?). How much more chilling would have it had been if it ended on a darker note with the aftershock of the wonderful kaleidoscope primary color credits and “Dancing in the Moonlight” wheeling us off? But Lorraine’s bright coda also feels particularly cold in this Americana moment, years after Updike and The Exorcist, and the tumult of the late 1960s and early 1970s. As the barrage of cinematic sequels continue to stew in their marketable familiarity--our country continues to stew in social regression. Lorraine, played again perfectly by Vera Farmiga with steely patience, assures us of all the evil contained in the latched backroom of her house, pointing out her window telling us that there is good out there. But as the movie unwinds and we go back out into the night, it feels that so much evil is "out there," and any good is severely thwarted, in our country ruled by ghouls blinded with coin. *** 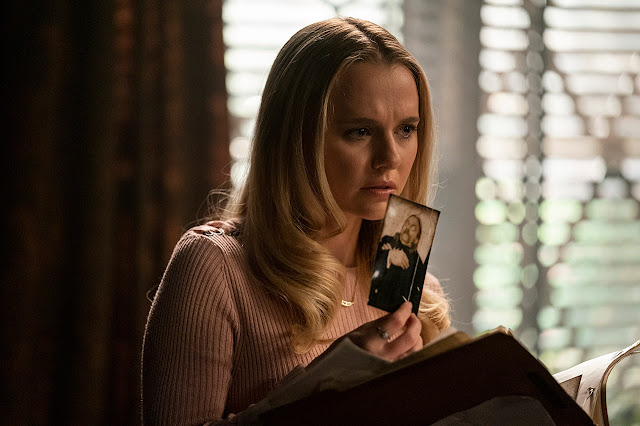 Posted by MrJeffery at 7:57 PM